Value can be any letter ,number or string. Every value in Python has a data type.

Value can be any letter ,number or string.

Every value in Python has a data type.

It is a set of values, and the allowable operations on those values.

v   A sequence is an ordered collection of items, indexed by positive integers.

v   There are three types of sequence data type available in Python, they are

Ø   A String in Python consists of a series or sequence of characters - letters, numbers, and special characters.

Ø   Strings are marked by quotes:

Ø   Individual character in a string is accessed using a subscript (index).

Ø   Characters can be accessed using indexing and slicing operations

Strings are immutable i.e. the contents of the string cannot be changed after it is created. 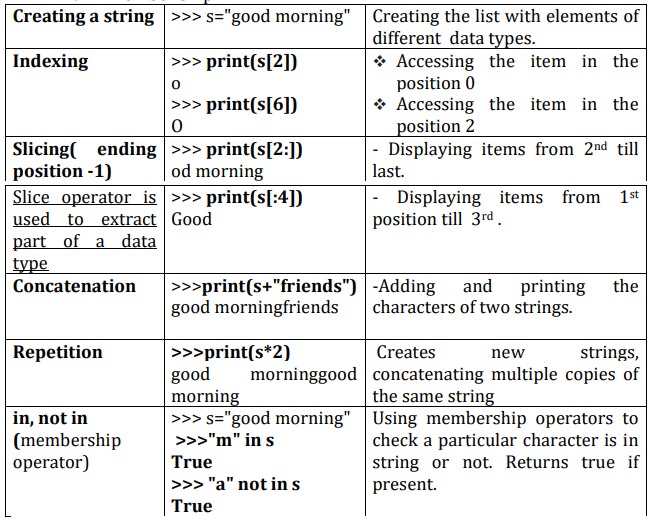 v   It can be written as a list of comma-separated items (values) between square brackets[ ].

v   Items in the lists can be of different data types. 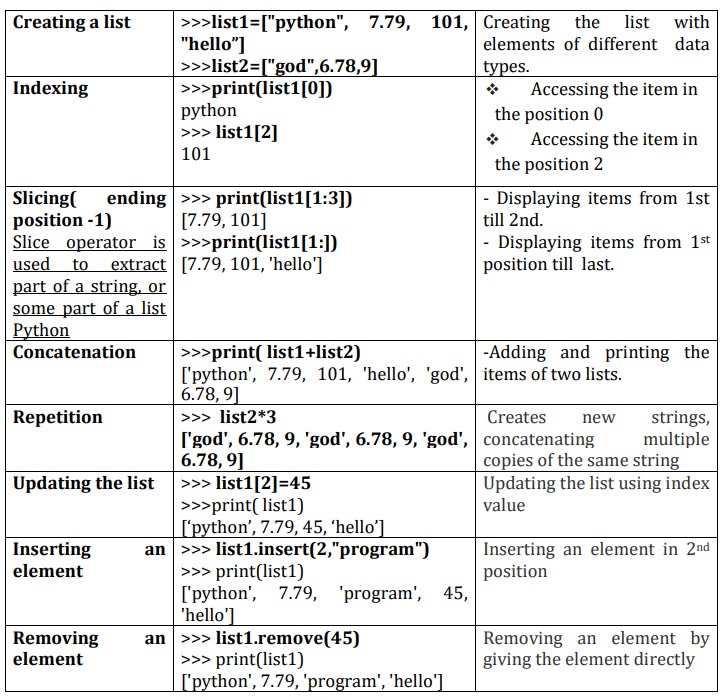 v   A tuple is same as list, except that the set of elements is enclosed in parentheses instead of square brackets.

v   A tuple is an immutable list. i.e. once a tuple has been created, you can't add elements to a tuple or remove elements from the tuple.

v   Tuples are faster than lists.

v   If the user wants to protect the data from accidental changes, tuple can be used.

v   Tuples can be used as keys in dictionaries, while lists can't. 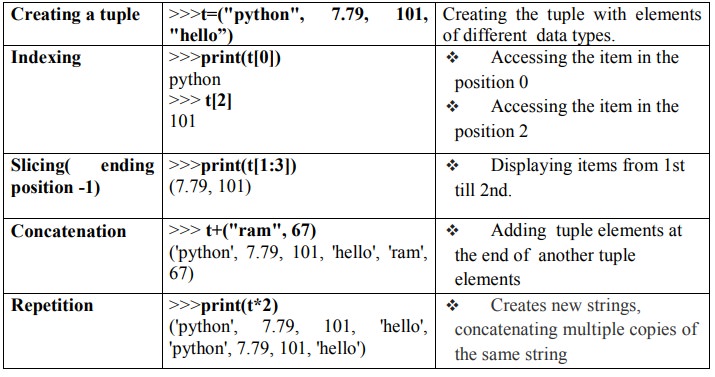 Altering the tuple data type leads to error. Following error occurs when user tries to do.

Trace back (most recent call last):

-This data type is unordered and mutable.

v   Lists are ordered sets of objects, whereas dictionaries are unordered sets.

v   Dictionaries are accessed via keys and not via their position.

v   The values of a dictionary can be any Python data type. So dictionaries are

If you try to access a key which doesn't exist, you will get an error message: