Home | | Geography 12th Std | Urbanization of the World and India

Urbanization of the World and India

Urbanisation refers to the population shift from rural to urban residency, the gradual increase in the proportion of people living in urban areas and the ways in which each society adapts to this change.

Urbanization of the World and India

Urbanisation refers to the population shift from rural to urban residency, the gradual increase in the proportion of people living in urban areas and the ways in which each society adapts to this change.

It is predominantly the process by which towns and cities are formed and become larger as more people begin living and working in central areas. Although the two concepts are sometimes used interchangeably, urbanization should be distinguished from urban growth. Urbanization is "the proportion of the total national population living in areas classed as urban," while urban growth refers to "the absolute number of people living in areas classed as urban". The United Nations projected that half of the world's population would live in urban areas at the end of 2008. It is predicted that by 2050 about 64% of the developing world and 86% of the developed world will be urbanized.

That is equivalent to approximately 3 billion urbanites by 2050, much of which will occur in Africa and Asia. Notably, the United Nations has also recently projected that nearly all global population growth from 2017 to 2030 will be absorbed by cities, about 1.1 billion new urbanites over the next 13 years.

Urbanisation in India began to accelerate after independence, due to the country's adoption of a mixed economy, which gave rise to the development of the private sector. Urbanisation is taking place at a faster rate in India. Population residing in urban areas in India, according to 1901 census, was 11.4%. This count increased to 28.53% according to 2001 census, and crossing 30% as per 2011 census, standing at 31.16%. According to a survey by UN State of the World Population report in 2007, by 2030, 40.76% of country's population is expected to reside in urban areas. As per World Bank, India, along with China, Indonesia, Nigeria, and the United States, will lead the world's urban population surge by 2050.

Mumbai saw large scale rural-urban migration in the 20th century. Mumbai, in 2018, accommodates 22.1 million people, and is the largest metropolis by population in India, followed by Delhi with 18.6 million inhabitants. Witnessing the fastest rate of urbanisation in the world, as per 2011 census, Delhi's population rises by 4.1%, Mumbai's by 3.1% and Kolkata's by 2% as per 2011 census compared to 2001 census. 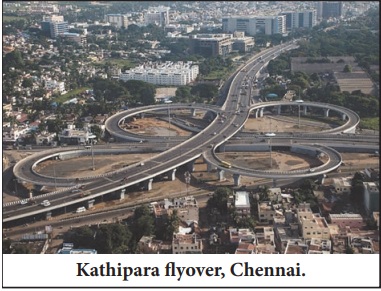 Urban fringe is an area of transition between well recognized urban land uses and the area devoted to agriculture. It is an area where there is a mixture of rural and urban land uses and where a process of change from rural to urban land use is taking place. The urban fringe has the appearances of a proper city with residential and commercial centers, but it often lacks proper city services such as piped water supply, sewage and garbage disposal facilities. It may include the municipal towns and fully urbanized revenue villages contiguous to the main city.

Urban sprawl or suburban sprawl describes the expansion of human populations away from central urban areas into low-density, monofunctional and usually car-dependent communities, in a process called suburbanization. In addition to describing a particular form of urbanization, the term also relates to the social and environmental consequences associated with this development. In Continental Europe the term "peri-urbanisation" is often used to denote similar dynamics and phenomena, although the term urban sprawl is currently being used by the European Environment Agency. There is widespread disagreement about what constitutes sprawl and how to quantify it. For example, some commentators measure sprawl only with the average number of residential units per acre in a given area. But others associate it with decentralization (spread of population without a well-defined centre), discontinuity (leap frog development), segregation of uses, and so forth.

Urban sprawl can be caused by many factors. They are:

Lower Land Rates: Lower cost land and houses in the outer suburbs of the cities, because the centers of urban development have really made people want to stop settling in these areas and want to venture further out.

Rise in Standard of Living: There are also increases in standards of living and average family incomes, which means that people have the ability to pay more to travel and commute longer distances to work and back home.

Lack of Urban Planning: People love to find areas that are less trafficked and more calm, which leads them to sprawl out to other sections of the town. Unprecedented development, cutting of trees, loss of green cover, long traffic jams and poor infrastructure force the people to move out to new areas.

Lower House Tax Rates: Cities will usually have high property taxes, and you can usually avoid these taxes by living in the outer suburbs because the taxes are usually lower than they are in other situations.

Rise in Population Growth: Another factor that contributes towards urban sprawl is rise in population growth. As number of people in a city grows beyond capacity, the local communities continue to spread farther and farther from city centers.

Consumer Preferences: People in high income groups have stronger preferences toward larger homes, more bedrooms, bigger balconies and bigger lawns. This also causes urban sprawl as this option is not available in crowded cities. People generally look out for low-density residential areas where they can get home according to their preference. 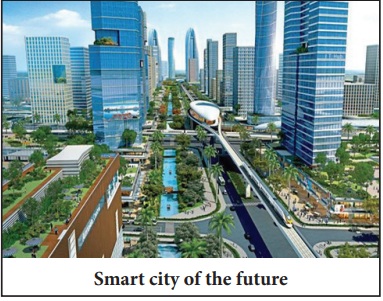