Origin and development of Human Settlement

Most anthropologists believe that humans first appeared in the Great Rift Valley of East Africa thousands of years ago.

Origin and development of Settlement

Most anthropologists believe that humans first appeared in the Great Rift Valley of East Africa thousands of years ago. From there, they spread to the Middle East, Asia, Europe, America and Oceania. Neolithic Revolution (Agricultural Revolution) occurred in Mesopotamia, people went from hunter-gatherers and nomads to domesticators. The population grew relatively quickly. The emergence of urban population occurred also in some areas. Agriculture became especially successful largely in the river valleys of Nile, Ganges and Yangtze kiang. 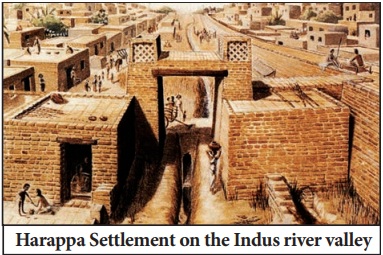 These areas had fertile soil from annual flooding which led to abundant harvest. First cities arose in these areas and people were able to grow surplus food to feed a non-farming urban population thereby leading to specialization among the population. The priests, scribes, architects, farmers, soldiers, traders, blacksmiths, etc. were some other people ventured in these areas.