Design a Turing machine to add two given integers. 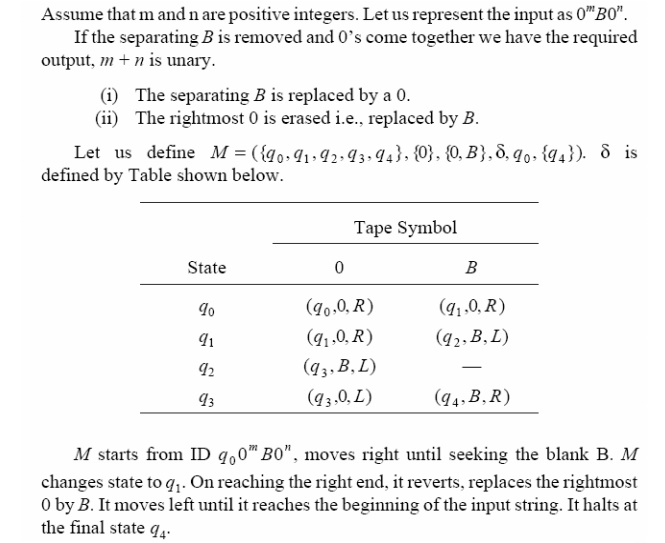 Some unsolvable Problems are as follows:

(ii)     Does Turing machine M halt for any input?

It is very obvious that if there is no algorithm that decides, for an arbitrary given Turing machine M and input string w, whether or not M accepts w. These problems for which no algorithms exist are called “UNDECIDABLE” or “UNSOLVABLE”. 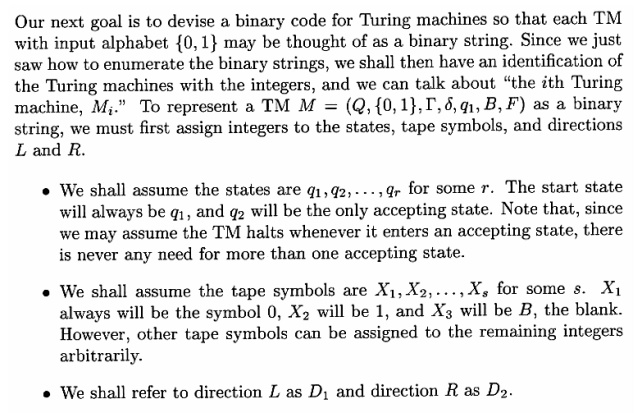 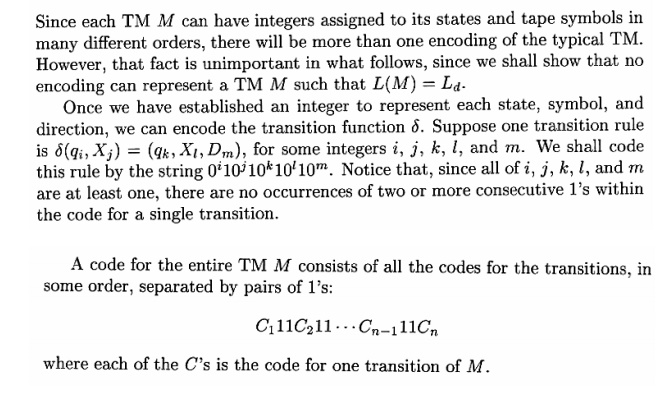 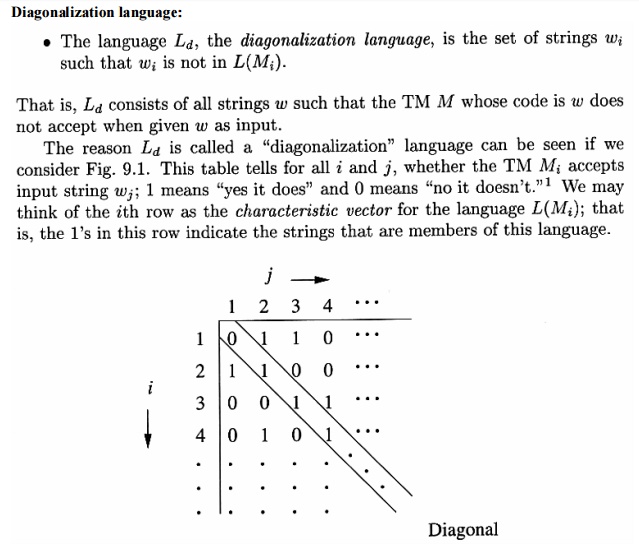 Proof that Ld is not recursively enumerable: 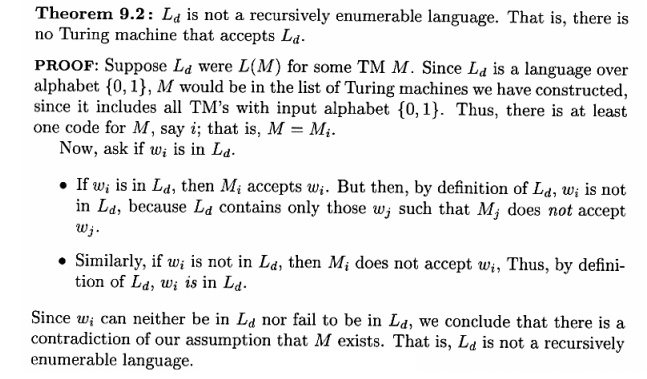 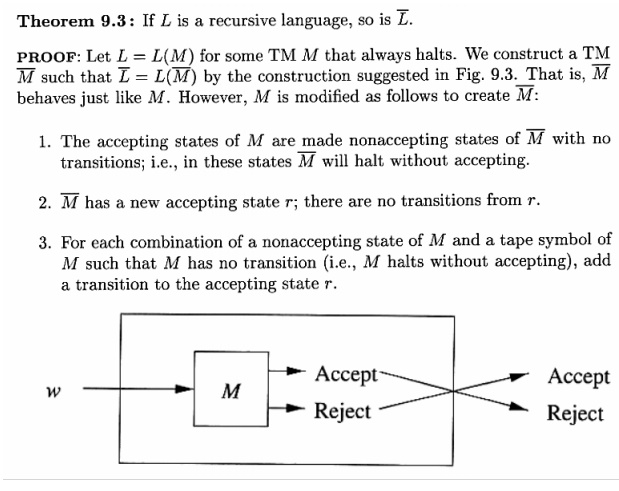 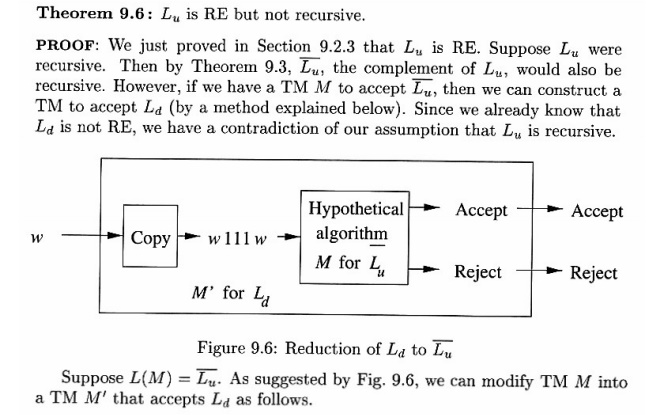 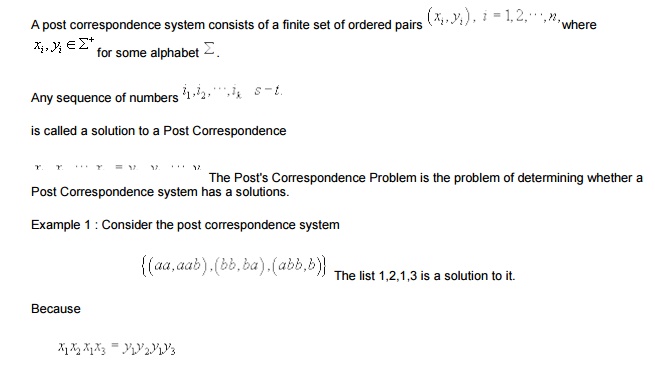 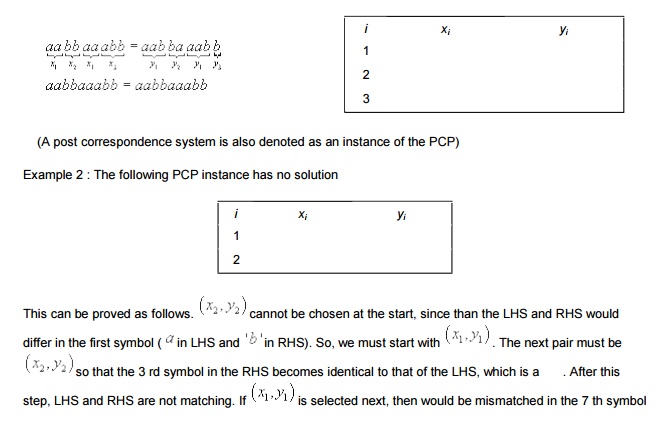 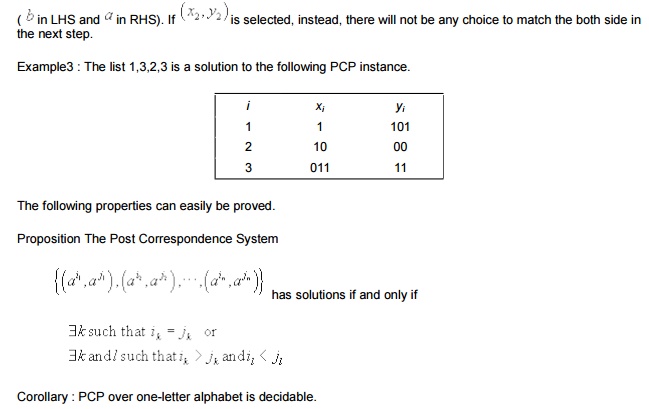 Some undecidable problem in context-free languages

We can use the undecidability of PCP to show that many problem concerning the context-free languages are undecidable. To prove this we reduce the PCP to each of these problem. The following discussion makes it 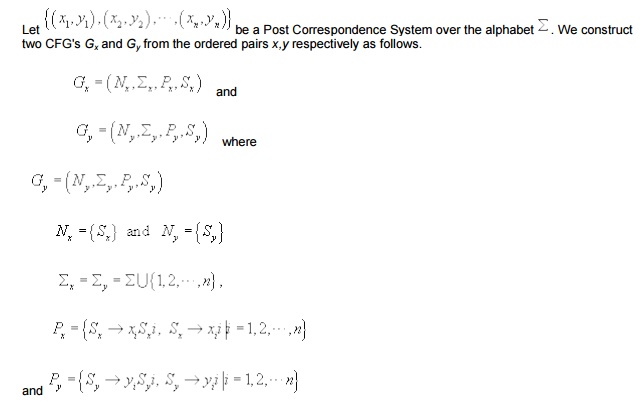 Now, if the Post Correspondence System has a solution, then there must be a sequence 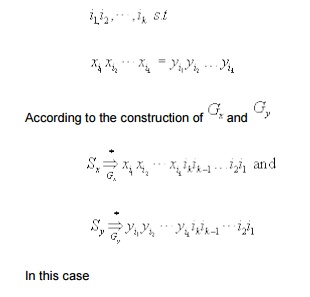 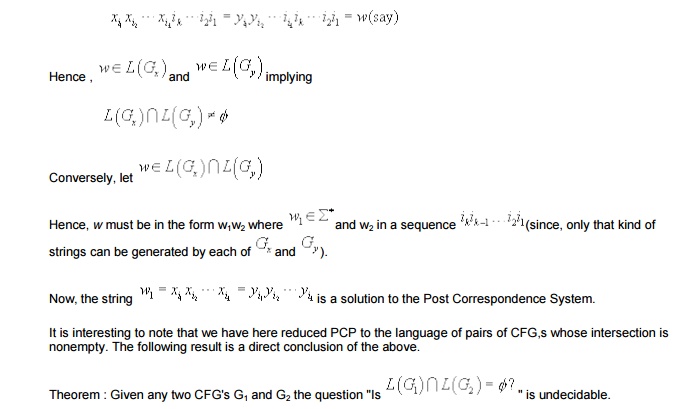 Proof: Assume for contradiction that there exists an algorithm A to decide this question. This would imply that

For any Post Correspondence System, P construct grammars  G(x)and G(y) by using the constructions elaborated already. We can now use the algorithm A to decide whether and 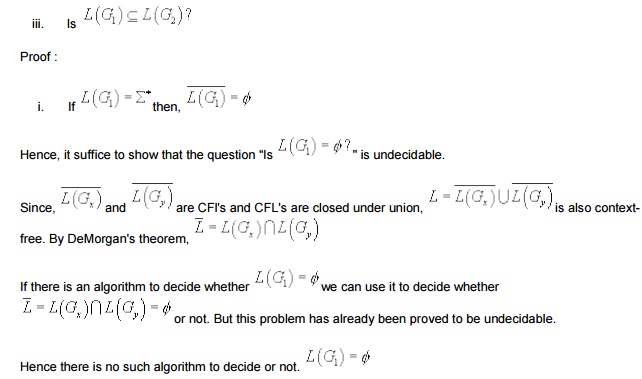 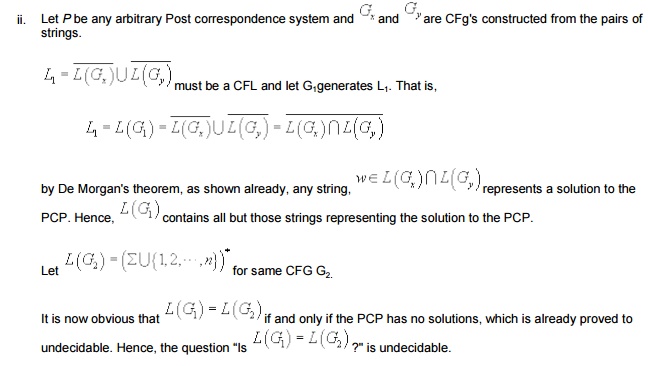 i.e. iff the PCP instance has no solutions as discussed in part (ii).

Theorem : It is undecidable whether an arbitrary CFG is

Proof : Consider an arbitrary instance of PCP and construct the Gx and Gy and from the ordered pairs of CFG's

We construct a new grammar G from Gx and Gy as follows. 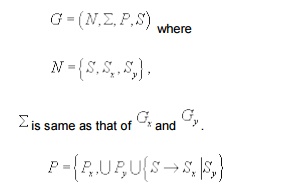 This constructions gives a reduction of PCP to the -------- of whether a CFG is ambiguous, thus leading to the undecidability of the given problem. That is, we will now show that the PCP has a solution if and only if G is only if Assume that I1,I2,…Ik  is a solution sequence to this instance of PCP. 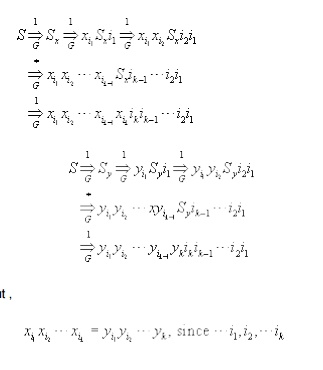 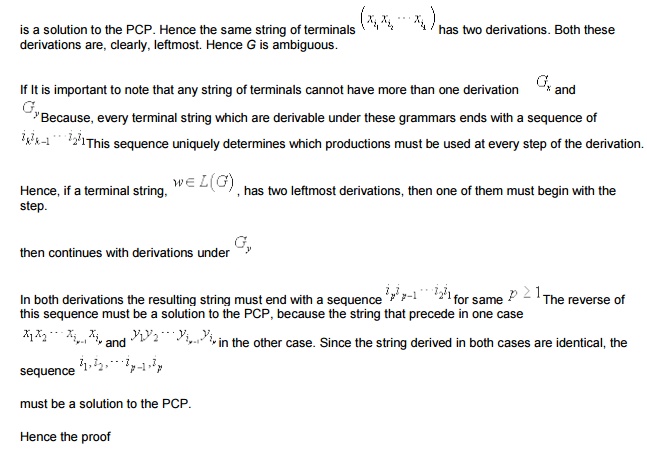 •      One of the great mathematical questions of our age: is there anything in NP that is not in

If We cannot resolve the “p=np question, we can at least demonstrate that certain problems in NP are

•      Intellectual leverage: Each NP-complete problem’s apparent difficulty reinforces the belief that they are all hard.

•      Polynomial time reduction (PTR): Take time that is some polynomial in the input size to

•      Start by showing every problem in NP has a PTR to Satisfiability of Boolean formula. Then, more problems can be proven NP complete by showing that SAT