Types of Simple permanent tissue and its Functions 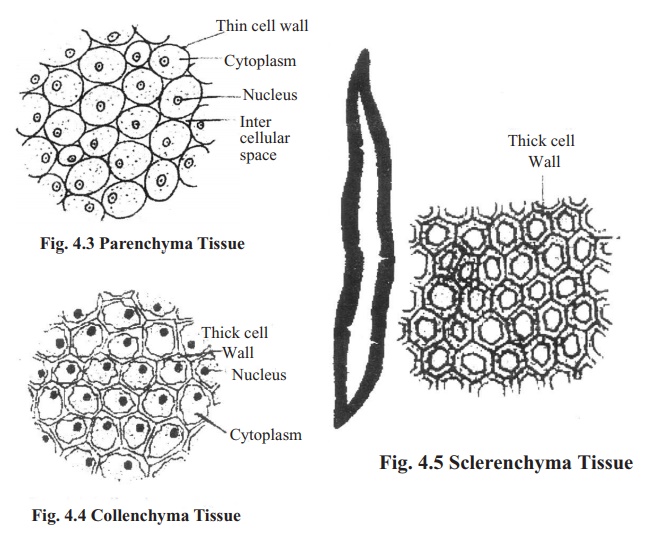 i. Parenchyma: Characteristics of parenchyma tissue are as follows:

·   Cells are almost uniform in length, breath and depth.

·   Cells are round, oval or polygonal in shape.

·   Cells are living and contain sufficientprotoplasm. 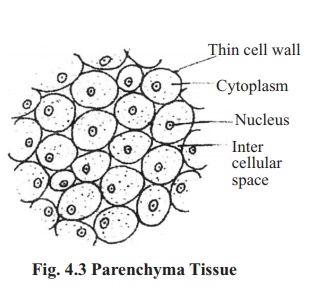 They help ,in transporting the food materials. Parenchyma in the epidermis act as a defensive organ.

Position: Usually pith, pith rays, epidermis and most of the cortex are made ofthis tissue.

Position: It is found under the epidermis, in the petioles and veins of leaves and in the flower stalks.

Cells elongateq and the ends are pointed.

Cell walls being lignified become thick and the thickness is uniform. 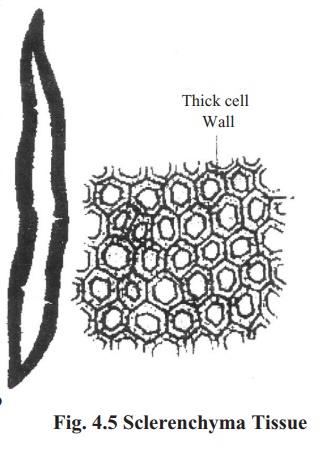 Mature cells are dead and without nucleus and protoplasm.

In transverse section they are polygonal. Functions:

To give mechanical strength to different organs of the plant is the main function.