The Struggling Star: Questions with Answers

A. Choose the best answer.

B. Answer the following questions.

He liked science most.

2. How many marks did he score in his 12th board exam?

In his 12th board examination he got more than 95%.

His dream was to study in IIT

4. Is there something that you will struggle for? why?

I will struggle for visually impaired people to get more job opportunities because they are not selected for certain jobs.

5. What was Farhan's father advice to his son?

Farhan's father advised him to work hard. If we work hard the support will come to us from outside. But mostly the support should come from inside. 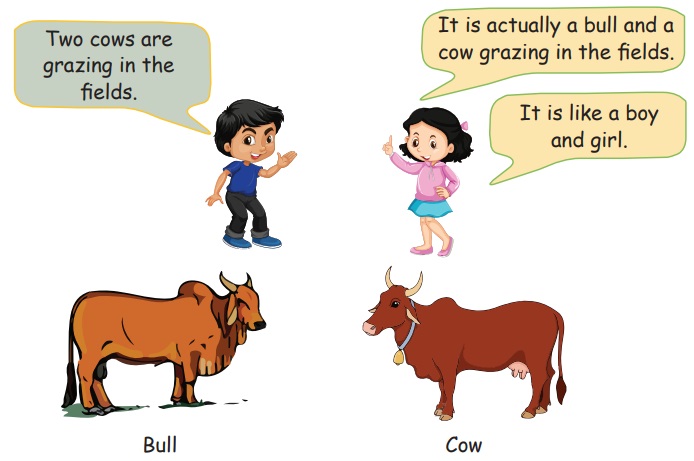 Two cows are grazing in the fields.

It is actually a bull and a cow grazing in the fields.

Gender of a noun indicates whether a person or animal is male or female.

As Ranjani introduces her family members to us, we can identify the masculine and feminine nouns in the family . 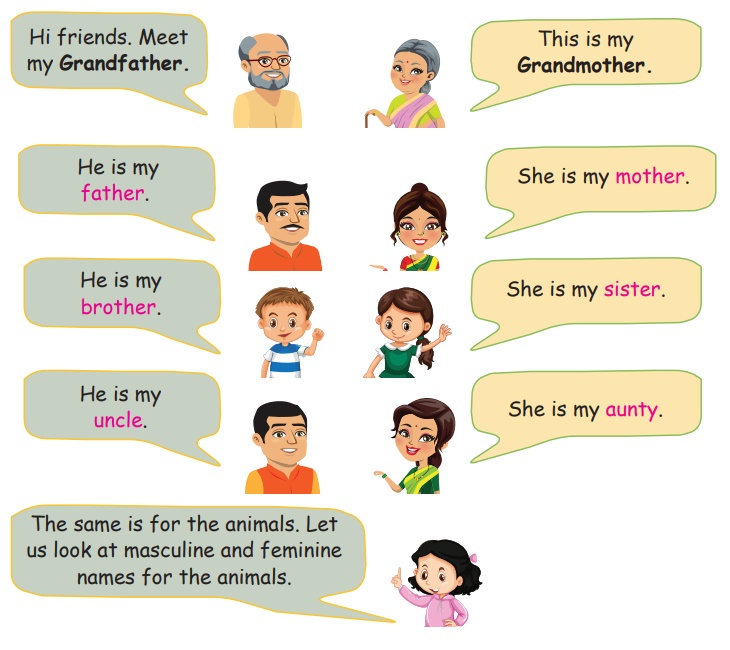 He is my father.

He is my brother.

He is my uncle.

This is my Grandmother.

She is my mother.

She is my sister.

She is my aunty. 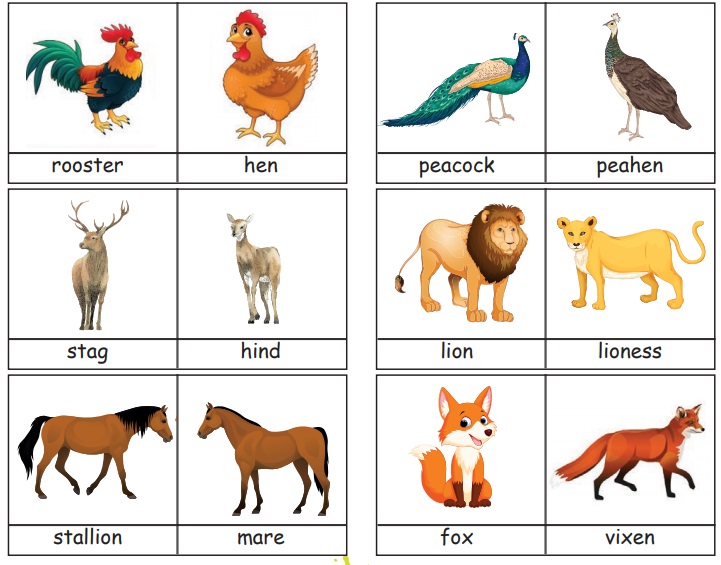 A. Match the masculine noun with the feminine noun.

B. Change the masculine noun to feminine noun in the given sentences.

1. My uncle presented me a watch. aunt

2. A young man was driving the car. woman

4. The waiter took the order. waitress

5. The rooster scratched the earth for worms. hen

C. Complete each sentence by using the following words.

2. The bridegroom and the bride entered the hall.

3. The king and queen attended the court.

4. Charles greeted his uncle and aunt.

5. I played with my nephew and niece.