After the Mauryan empire, many small kingdoms rose and fell. In the period from c. 300 to 700 CE, a classical pattern of an imperial rule evolved, paving the way for state formation in many regions.

After the Mauryan empire, many small kingdoms rose and fell. In the period from c. 300 to 700 CE, a classical pattern of an imperial rule evolved, paving the way for state formation in many regions. During this period, the Gupta kingdom emerged as a great power and achieved the political unification of a large part of the Indian subcontinent. It featured a strong central government, bringing many kingdoms under its hegemony. Feudalism as an institution began to take root during this period. With an effective guild system and overseas trade, the Gupta economy boomed. Great works in Sanskrit were produced during this period and a high level of cultural maturity in fine arts, sculpture and architecture was achieved.

The living standards of upper classes reached a peak. Education, art and study of science progressed, but the feudal system of governance put people in some form of hardship. Although some historians proclaim that Gupta period was a golden age, it is not entirely accurate. Many scholars would, however, agree that it was a period of cultural florescence and a classical age for the arts.

There are three types of sources for reconstructing the history of the Gupta period. 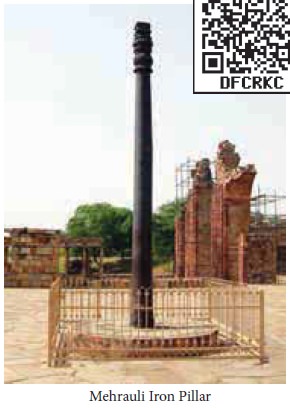 Origins of the Gupta Dynasty

Evidence on the origin and antecedents of the Gupta dynasty is limited. The Gupta kings seem to have risen from modest origins. Chandragupta I, who was the third ruler of the Gupta dynasty married Kumaradevi, a Lichchavi prince. The marriage is mentioned in the records of his successors with pride indicating that that royal connection would have contributed to the rise of Guptas. Lichchavi was an old, established gana-sangha and its territory lay between the Ganges and the Nepal Terai. According to Allahabad pillar inscription Samudragupta, the illustrious son of Chandragupta I, had conquered the whole fertile plains west of Prayag to Mathura and launched a spectacular raid through Kalinga into the south as far as Kanchipuram, the Pallava capital. The Puranas mention Magadha, Allahabad and Oudh as the Gupta dominions.