The Evolution of Electronic Commerce

E- Commerce is not a completely new type of commerce.

The Evolution of Electronic Commerce

E- Commerce is not a completely new type of commerce. The dawn of E-Commerce started few decades ago and continues to grow exponentially. It first emerged on private networks in 1970s. Electronic Data Interchanges and teleshopping together paved the way for the E-Commerce.

The history of modern E-Commerce is closely twisted together with the history of the Internet. E-Commerce became really possible when the Internet was opened to commercial use. Online shopping started to grow when National Science Foundation opened the Internet to the public in 1991. Since then businesses have reached websites.

With the progress of the Internet technology and vastly developed global Internet community, large number of Dotcoms, FinTech and Internet Startups have appeared and a strong foundation of electronic commerce continues to build.

Even though E- Commerce has been existing since few decades, it has recently sustained significant growth. It is because the Internet has transformed from an auxiliary communication medium of academics and large organizations to an entrenched communication medium that extends nearly to all parts of mainstream society. Integrated with commercialization of the Internet, personal computers and electronic payment systems together made E-Commerce flourish.

The growth of E-Commerce is also related to the socio-technological changes. The more, the medium becomes deep-rooted, the more, are the users drawn towards it. Increase of users, increases the markets. As the markets expand, more business organizations are attracted. The more businesses accumulate it create competition. The competition leads to innovation; innovation in turn drives the development of technology; technology facilitates E-Commerce’s growth. See Figure 15.4 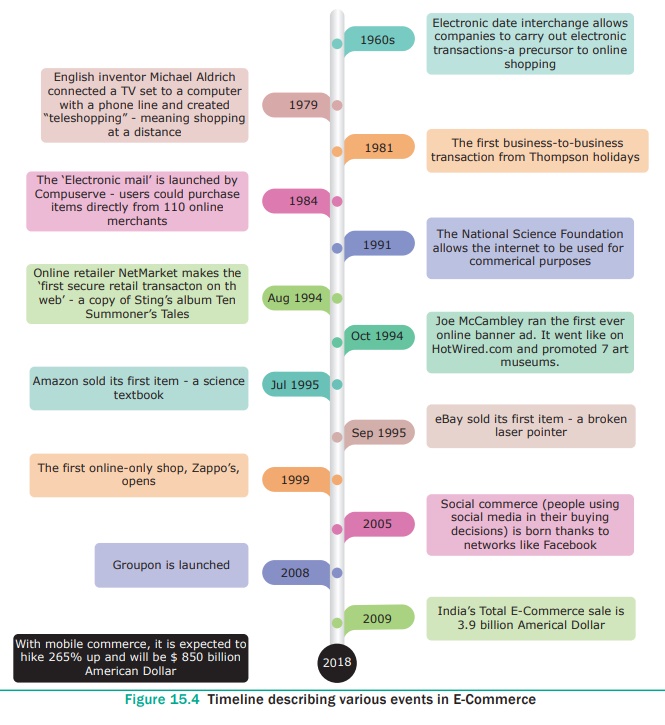 In 1979, Michael Aldrich, an English entrepreneur, proposed a technique that enables online transaction processing between consumers and businesses, or between businesses. It was later proficiently called as E-Commerce. In 1980 he invented a multi-purpose home infotainment device called Teleputer, which was a fusion of Television, Computer and Telecom networking technologies. 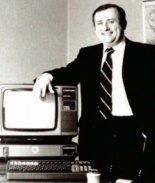 In August 11, 1994 by noon of the day, Phil Brandenberger of Philadelphia (U.S.A), bought a music CD (Sting’s “Ten Summoners’ Tales”) from Kohn of Nashua (U.S.A) and paid $12.48 plus shipping charges using his credit card through online. This is marked as the first true E-Commerce transaction.