Most of the people of Tamil Nadu depended on agriculture at the time of independence and even after 40 years of independence. That situation is being changed in the recent years. It has been noticed that the number of farmers in Tamilnadu has got reduced during the last 10 years according to the 2011 census data. Similarly the number of agricultural workers also reduced during the same period. According to the 2001 census, 49.3% out of the total population of workers were involved in agriculture. The percentage has reduced to 42.1 in the next 10 years. In 2011 there were three crore 29 lakh workers in Tamilnadu of which 96 lakh were agricultural workers.

A major portion of the workers involved in agricultural activities are landless labourers. All the land holders do not have the same amount of land. Many have very little land and very few people hold large areas of land.

Cultivators of shedule caste farmers are only one percent in Tamilnadu. 96% of this one percent are small, micro farmers.

The total geographical area of Tamil Nadu is one crore 30 lakhs and 33 thousand hectares. Out of this only one third of land is used for agriculture (45,44,000 hectare). 17% of the land is used for non agricultural use. Nearly the same size ( 2125 thousand hectares) of land are forests. About 4% of the total land is unusable. One tenth of the land is barren. Other fallow lands are 13 percent. So nearly one-fourth of the land is barren and we have to be concerned of the increasing size of the barren land. Grazing land and cash crops occupy slightly more than 5% of the total land area.

The size of the total cropping land in Tamil Nadu is 4,544 thousand hectare and this keeps on changing every year. Sufficient rains at the proper period will increase this extent of land. Failure or shortage in rainfall leads to the reduction of land usage for cultivation. A small part of this area gives a chance to crop more than once in a year. The extent of this area also changes every year. This land extent was 9 lakh hectare in next year but was reduced to 6 lakh hectare, due to lack of rainfall. This area will be more or less stable only when there is a stable and reliable water source.

In 2012-13, out of the total cultivated land, nearly 72 percent is used for food crops and the remaining for non-food crops.

There are no perennial rivers in Tamil Nadu. Tamil Nadu receives the required water from the Northeast and Southwest monsoons. When the South West monsoon rains are high in the catchment areas of the Cauvery River in Karnataka dams get filled and in turn the Cauvery river in Tamil Nadu gets water.

The area under irrigation is about 57 percent of the total area under cultivation.

Northeast monsoon (Oct-Dec) is a major source of water for Tamil Nadu. The Northeast monsoon rains are stored in reservoirs, lakes, pond and wells for cultivation. Conventional water bodies like lakes, ponds and canals provide water for agriculture in Tamil Nadu. 2,239 canals run through Tamil Nadu covering a length of 9,750 km. There are 7,985 small lakes, 33,142 large lakes, 15 lakh open wells and there are 3,54,000 borewells in the state where agriculture is carried out with the help of these water resources.

From this, we come to know that:

2.      It is very urgent and necessary to regulate the usage of underground water.

3.      This is very important for sustainable farming. 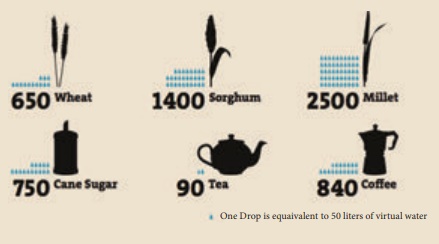 Paddy cultivation is carried out at a large scale of 30 percent cultivated land area and other food crops in 12 percent area. Millets are cultivated in a very low percentage of area. Sorghum(Cholam) cultivation in 7 per cent land area, cumbu in one percent and ragi in

The area cultivatable land changes every year as a result of many factors such as rainfall, availability of water, weather and market prices

Micro irrigation technology is a very good remedial measure to tackle shortage in irrigational water. This irrigation technology helps to have a higher yield when compared to the traditional irrigation methods. As only required amount of water is supplied at regular intervals, it increases the ability of water usage and productivity of the crop resulting in reduction of labour expenses and weed growth in the field. As the fertilizer is distributed through water, it increases the usage of fertilizer and the yield. As Tamil Nadu gets insufficient rainfall, the government has taken many measures to implement micro irrigation for proper distribution of water to crops that require more water. 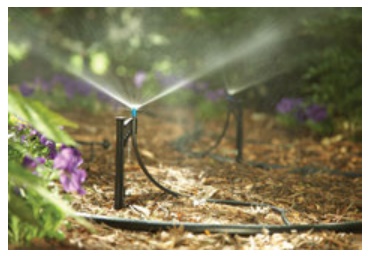 The yield of productive crops

The amount of production depends not only on the area but also on the productivity of crops. 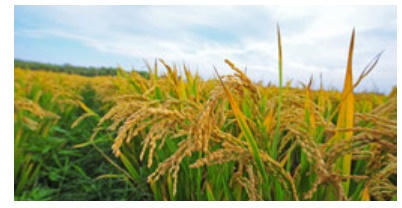 Next to paddy, maize stands second in the production (8,824 kg/hectare). 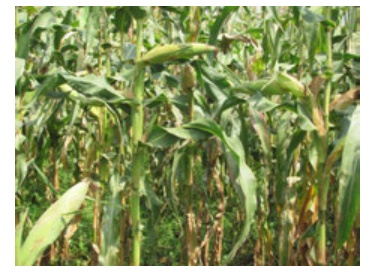 Black gram, one of the largest cultivated pulses, produced 645 kg per hectare. Production of sugarcane and ground nut (Manila) were 107 tons and 2,753 kg per hectare respectively.