The term stampede is a sudden rush of a crowd of people, usually resulting in injuries and death from suffocation and trampling.

The term stampede is a sudden rush of a crowd of people, usually resulting in injuries and death from suffocation and trampling. In stampede, the term mob or crowd is used to refer to a congregated, active, polarized aggregate of people, which is basically heterogeneous and complex. Its most salient features include homogeneity of thought and action among its participants and their impulsive and irrational actions. 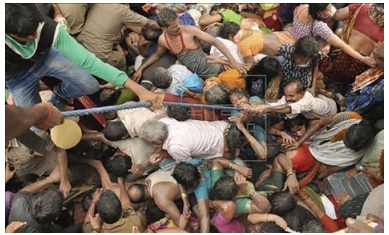 Large religious gatherings are the major stampede events in developing countries like India. As stated in a newspaper in 2013, 79 percent of stampedes in India have taken place at religious events.

Crowd management is defined as the systematic planning and supervision of the orderly movement and assembly of people. Crowd control is the restriction or limitation of group behavior.

The rules of action for stampede

1. Notice Alternate Exit: First thing to know in such situations is the route out. If you are attending an event, one of the things you can do in preparation is to try and know the topography of the place. This will help you find the exits. So, when struck in a stampede, try to identify these exits. 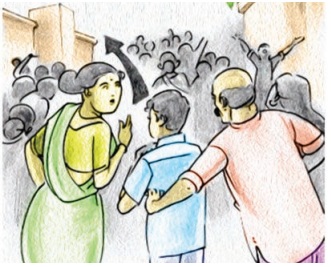 2. Keep Your Hands by Your Chest: Your hands must be up by your chest like they would be in a boxing position. This makes it easy to move. It also stops your ribs from getting crushed by the crowd on both sides. When the crowd pushes you from front and back, your lungs will be affected. You will suffer of suffocation. 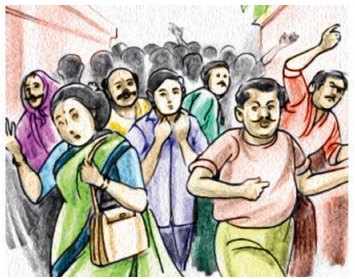 3. How to move when on your feet: In the middle of a moving crowd, do not resist the flow by standing still or sitting down. The force is too much to fight. Like in a wave, there is force and in crowd situation. Keep moving diagonally between the pockets of people whenever there is a lull. Try to move towards the exits but not towards walls or fences where you might be cornered. Keep moving with the crowd to avoid falling. 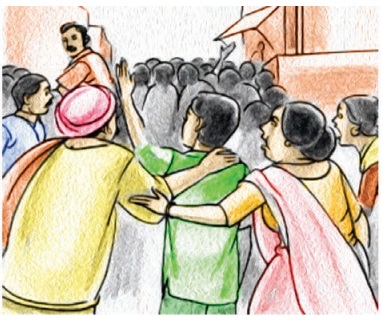 4. How to move if you fall: If you fall and get back on your feet, cover your head with your hands and hurl up in a fetal position. Basically, avoid exposing your lungs to the crowd. Keep trying to find an opportunity to get up. 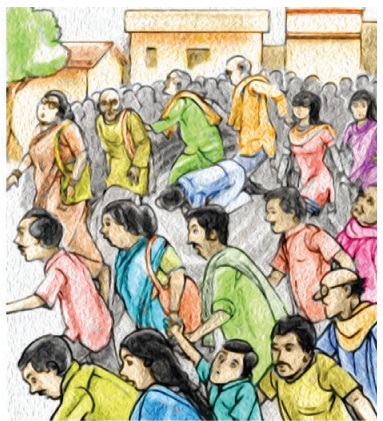 5. Communicate smartly: When trapped in the crowd, use sign language such as waving your hands up one side after another so that you will not get exhausted.

6. Conserve energy: Keep calm and do not try to scream. That only increases panic.

7. Set a meeting place: Arrange a meeting place, in case you get separated, one inside and another one outside. If someone extends his/her hand for help, grab hold to keep them up.

Child safety Tips: Take a second, take a photo. Before taking children out to any event, pull out your phone and take a photo of each child individually a selfie. That way you have a picture of how they looked that day. The photo can be sent to police to aid in locating the child in case the child is lost in a crowd.