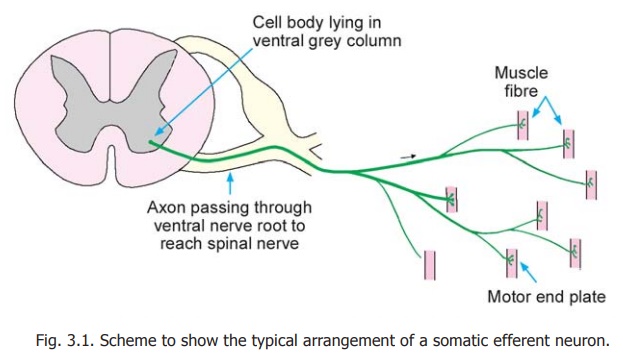 In the spinal cord the cell bodies of these neurons lie in the ventral grey column. 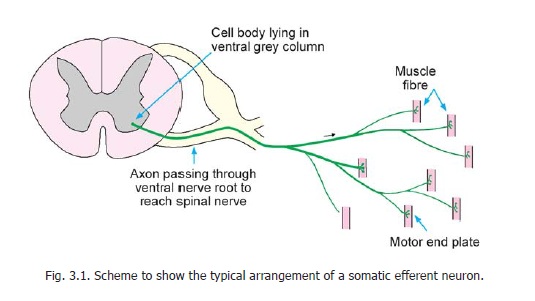 The axon of a somatic efferent neuron leaves the spinal cord through a ventral nerve root to enter the spinal nerve concerned. During its course through the spinal nerve (and its branches) the axon divides into a variable number of branches each one of which ultimately ends by supplying one muscle fibre. The region of junction between a terminal branch of the axon and the muscle fibre has a special structure and is called the motor end plate or neuromuscular junction. Depending on the number of branchings one anterior horn cell supplies a variable number of muscle fibres. One anterior horn cell and the muscle fibres supplied by it constitute one motor unit. In large muscles, where strength of contraction is more important than precision, a motor unit may contain up to 2000 muscle fibres. On the other hand in muscles where precision is all important (e.g., in muscles of the eyeball) the motor unit may supply as few as six fibres.