Wastewater treatments also called sewage treatment which removes the impurities from wastewater, or sewage, before disposal into natural bodies of water.

Wastewater treatments also called sewage treatment which removes the impurities from wastewater, or sewage, before disposal into natural bodies of water. In broad terms, water is said to be polluted when it contains enough impurities to make it unfit for a particular use, such as drinking, swimming, or fishing. Water pollution is caused primarily by the drainage of contaminated wastewater into surface water or groundwater. The wastewater treatment is a major element of water pollution control. 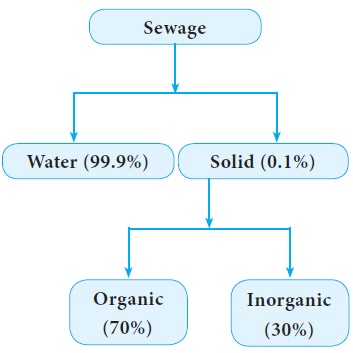 ·        To convert waste water into a reusable resources.

·        To reduce the spread of pathogenic microorganisms

·        To avoid health hazards while swimming and boating in the water.

·        To prevent the development of objectionable colours and tastes

The predominant method of wastewater disposal in large cities and towns is discharge into a body of surface water. Suburban and rural areas rely more on subsurface disposal. In either case, wastewater must be purified or treated to some degree in order to protect both public health and water quality. Suspended particulates and biodegradable organics must be removed to varying extents. Pathogenic bacteria must be destroyed. It may also be necessary to remove nitrates, phosphates (plant nutrients) to neutralize or remove industrial wastes and toxic chemicals.

The degree to which wastewater must be treated varies, depending on local environmental conditions and governmental standards.

Sewage treatment defined as an artificial process in which sewage is subjected to remove / alter its constituents to render it less offensive. There are three levels of wastewater treatment (Figure 9.7): primary, secondary, and tertiary (or advanced). 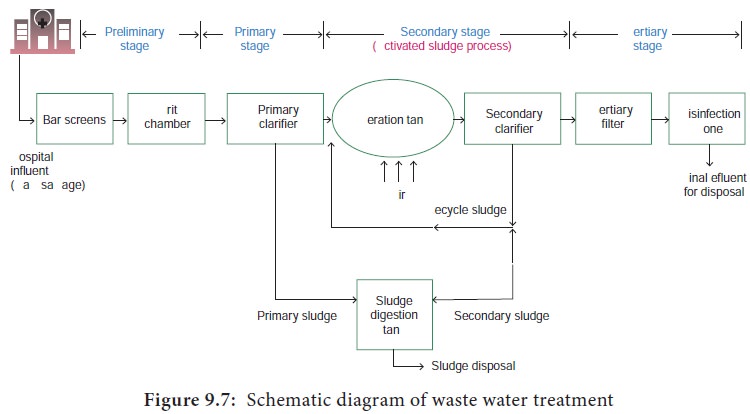 Primary treatment removes about 60 percent of total suspended solids and about 35 percent of BOD; dissolved impurities are not removed. It is the physical method which remove large floating and suspended solids from sewage water. Example: papers, leaves, bottles, rocks, pieces of metal or wood. These objects are removed by passing the sewage through screens (Figure 9.8) and grit chambers. The screened water is then sent to settling tanks or basin, where the suspended solids are allowed to settle as primary sludge. Materials such as oil or grease, which float on the surface, are removed with a skimmer. The liquid wastewater remaining in the settling tank or basin is then ready for secondary treatment. The fluid from primary treatment is called primary effluent. 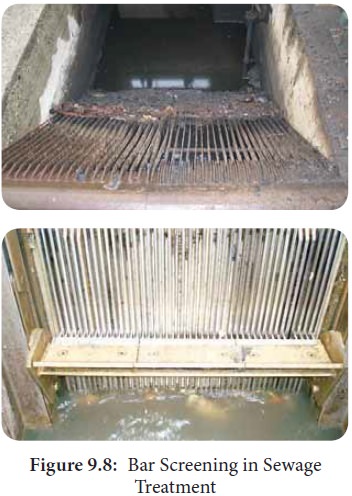 A trickling filter consists of a large tank or basin filled with a bed of crushed stone, gravel, slag or other porous material. Sewage is sprayed in a fine mist over the rocks. As the sewage trickles through the bed, organic matter clings to the rocks, where it is digested by heterotrophic microorganisms (Figure 9.9). The microorganisms are contained within a biofilm which are produced by slime forming bacteria such as Zooglea and the organic matter, is oxidized to gases and inorganic products. 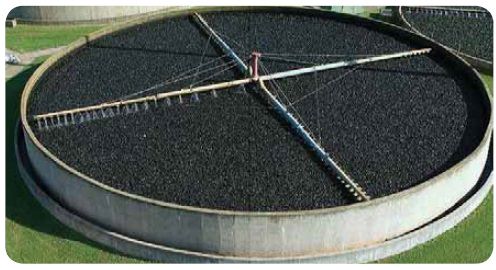 In the activated sludge process sewage is mixed with a slime forming bacteria (Zooglea) in a large aeration tank. As the mixture is aerated, large flocs, or clumps, form. These clumps contain not only the original slime forming bacteria but also large population of heterotrophs, which oxidize organic matter within these clumps. In this system wastewater is continuously pumped into the tank and the treated water is removed into a holding tank and the flocs are allowed to settle. The settled floc material is recycled into the tank as an inoculums to continue the process. The remaining floc is further treated or removed for burial or incineration. 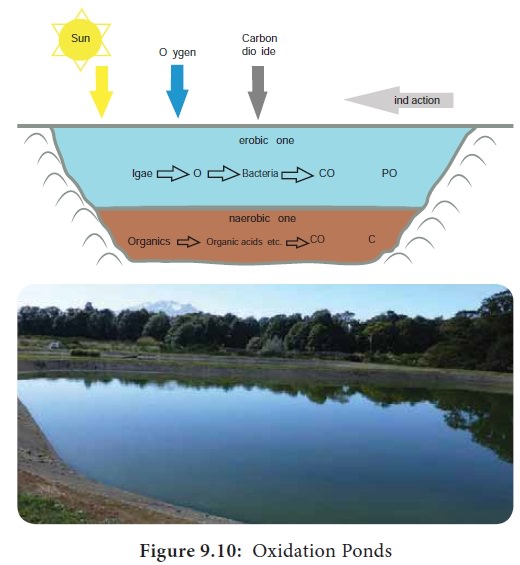 Oxidation ponds (Figure 9.10) are used in some communities to handle small loads of sewage. Small communities and isolated areas frequently use oxidation ponds for treatment of waste water. Sewage is channeled into an initial pond where the sludge settles out. The liquid portion of the sewage is then pumped into an adjacent series of ponds where aeration allows bacterial growth and degradation of organic matter. These secondary ponds often are seeded with algae which provide oxygen for the growth of aerobic, heterotrophic bacteria.

Tertiary processes can remove 99 percent of all the impurities from sewage. Although effluents from secondary treatment have a low BOD, they may contain eutrophication inducing salts (Phosphorus and Nitrogen compounds), organic and inorganic suspended solids, and poorly biodegradable organic materials. Advanced or tertiary treatment process are designed to reduce or eliminate these materials depends more on physical and chemical processes than biological processes. For phosphorus elimination the phosphates are converted to poorly soluble aluminum, calcium or iron compounds and removed by precipitation. Nitrogen in sewage effluent is removed primarily through nitrification by microorganisms. The extent of nitrification during tertiary treatment depends on adequate treatment plant designed and the proper removal of sludge so that these bacteria are grown under optimal conditions.

Otherwise, large amounts of nitrogenous compounds may escape tertiary treatment and released in the effluent. Suspended solids are eliminated in sewage through filtration or sedimentation. Poorly biodegradable substances can be removed by the use of specialized microorganisms capable of using them as substrates. Chlorine is frequently added to tertiary treated effluent to kill any remaining microorganism.