Tamil Nadu is grouped among high Gross Enrolement Ratio (GER) States. It ranks third next only to Kerala (81%) and Himachal Pradesh (74%). The all India average is 43% and the world average is 59%. 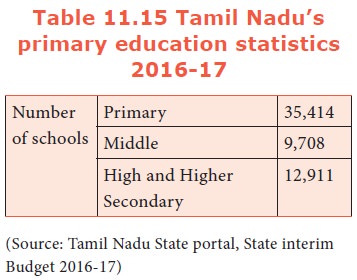 In Gross Enrolment Ratio under higher education (Tertiary level) Tamil Nadu continues to be at the top level well ahead of other states. The GER is 46.9% in Tamil Nadu which is far higher against national average and all other States This higher GER is thanks to the distribution of free food,cloth, footwear, laptop and scholarship. 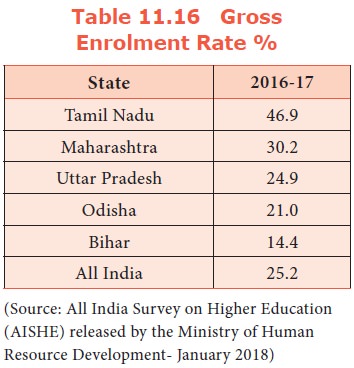 As far as educational loans disbursed by Public Sector Banks under priority sector are concerned, 20.8% of the total amount was disbursed in Tamil Nadu between 2013-14 and 2015-16. Andhra Pradesh was second with 11.2% of the total loan amount followed by Maharashtra (10.2%).

Maharashtra has the highest number of internet subscribers in the country at 29.47 million, followed by States like Tamil Nadu, Andhra Pradesh and Karnataka.

According to government data, India had a total of 342.65 million internet subscribers at the end of March, 2016. Tamil Nadu had 28.01 million subscribers, while its neighbours Andhra Pradesh and Karnataka had 24.87 million and 22.63 million, respectively.

Tamil Nadu has a well established transportation system that connects all parts of the State. This is partly responsible for the investment in the State. Tamil Nadu is served by an extensive road network in terms of its spread and quality, providing links between urban centres, agricultural market-places and rural habitations in the countryside. However, there is scope for improvement.

There are 28 national highways in the State, covering a total distance of 5,036 km. The State has a total road length of 167,000 km, of which 60,628 km are maintained by Highways Department. It ranks second in India with a share of over 20% in total road projects under operation in the public-private partnership (PPP) model.

Tamil Nadu has a well-developed rail network as part of Southern Railway, Headquartered at Chennai. The present Southern Railway network extends over a large area of India’s Southern Peninsula, covering the States of Tamil Nadu, Kerala, Puducherry, minor portions of Karnataka and Andhra Pradesh. Tamil Nadu has a total railway track length of 6,693 km and there are690 railway stations in the State. The systemconnects it with most major cities in India. Main rail junctions in the State include Chennai, Coimbatore, Erode, Madurai, Salem, Tiruchirapalli and Tirunelveli. Chennai has a well-established Suburban Railway network, a Mass Rapid Transport System and is currently developing a Metro system, with its first underground stretch operational since May 2017. 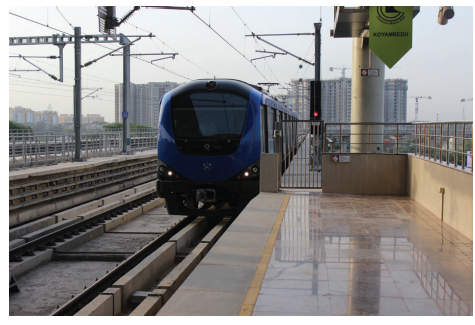 Tamil Nadu has three major ports; one each at Chennai, Ennore, and Tuticorin, as well as one intermediate port in Nagapattinam, and 23 minor ports. The ports are currently capable of handling over 73 million metric tonnes of cargo annually (24 per cent share of India). All the minor portsare managed by the Tamil Nadu Maritime Board, Chennai Port. This is an artificial harbour and the second principal port in the country for handling containers. It is currently being upgraded to have a dedicated terminal for cars capable of handling 4,00,000 vehicles. Ennore Port was recently converted from an intermediate port to a major port and handles all the coal and ore traffic in Tamil Nadu.