Just like GDP, the Gross State Domestic Product refers to the total money value of all the goods and services produced annually in the State.

Just like GDP, the Gross State Domestic Product refers to the total money value of all the goods and services produced annually in the State.

Tamil Nadu is the second largest economy in India with a GSDP of $ 207.8 billion in 2016-17 according to the Directorate of Economics and Statistics, Tamil Nadu. The GSDP of Tamil Nadu is equal to the GDP of Kuwait on nominalterm and GDP of UAE on PPP terms.

The GSDP of Tamil Nadu is far higher compared to many countries as shown below. This is mainly due to population effect. Per capita GSDP would be better for intercountry or interstate comparisons. Tamil Nadu may go below if per capita GSDP is considered for comparison. 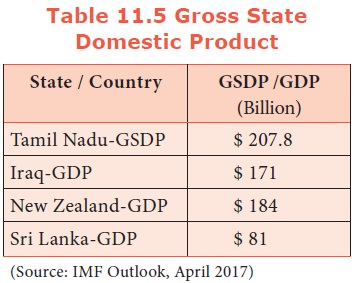 The tertiary sector (service sector) is the major contributor to Tamil Nadu’s GSDP at 63.70%. The secondary sector (Industry) contribution is gradually on the rise and now it is 28.5%. Agriculture occupies a prominent position in occupation but its contribution to GSDP is declining and now it is just 7.76%. This means that the tertiary and secondary sectors have grown faster, the agricultural sector has grown slow. Agriculture sector provides employment and food to larger proportion of Indians and Tamils. But, the same sector is growing slowly means it is not good. With this trend sustainable development may not be possible. 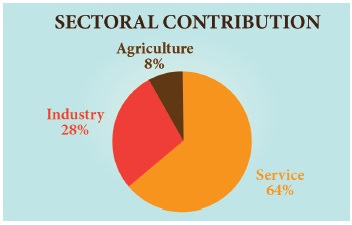 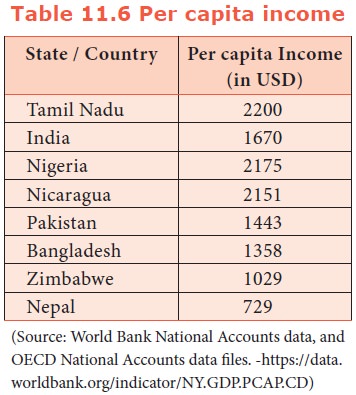 The Per capita income of Tamil Nadu among the southern States is given below: 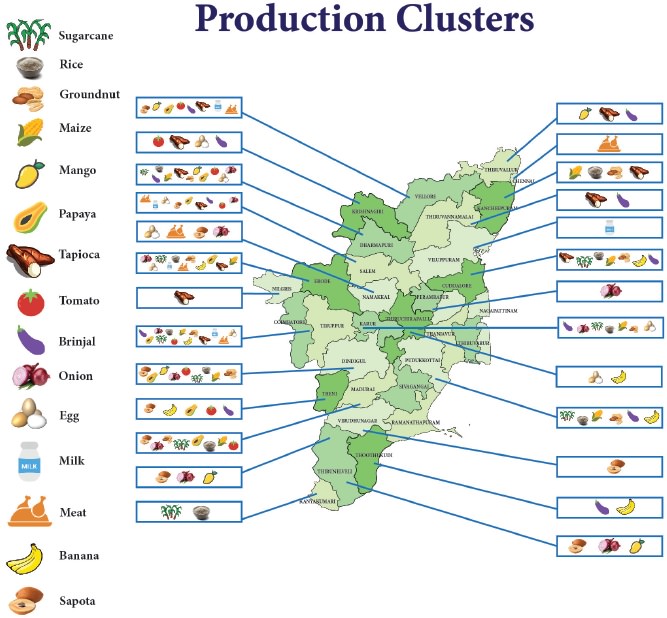 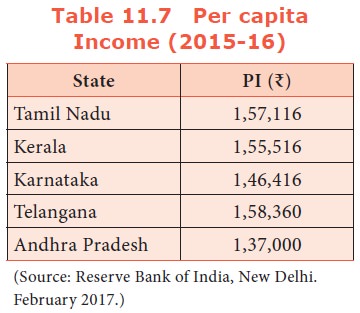