Tamil Nadu stands sixth in population with 7.21 crore against India’s 121 crore as per 2011 census.

Tamil Nadu stands sixth in population with 7.21 crore against India’s 121 crore as per 2011 census. However, Tamil Nadu’s population is higher than that of several countries according to UN Report. 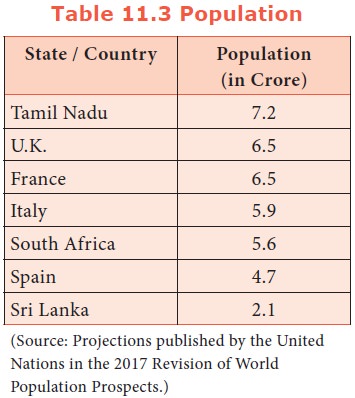 Tamil Nadu is the most urbanized state with 48.4% of urban population against 31.5% for India as a whole. The State accounts for 9.61% of total urbanites in India against 6% share of total population.

Balanced sex ratio implies improvement in quality of life of female population. The sex ratio in Tamil Nadu is nearing balance with 995 which is far better compared to most of the States and all India level. Tamil Nadu stands third next only to Kerala state and Puduchery Union Territory in sex ratio. 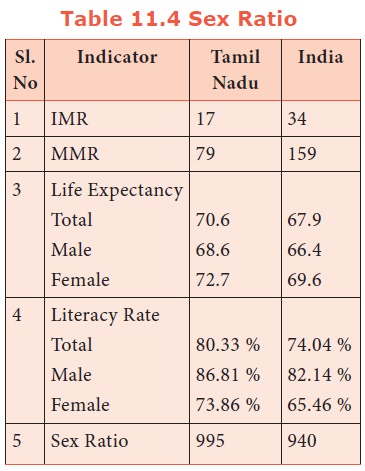 5. Maternal Mortality Rate (MMR) (Mother’s death at the time of delivery per 1 lakh)

The average period that a person may expect to live is called life expectancy. However, life expectancy in India still falls short of most developed and developing nations.