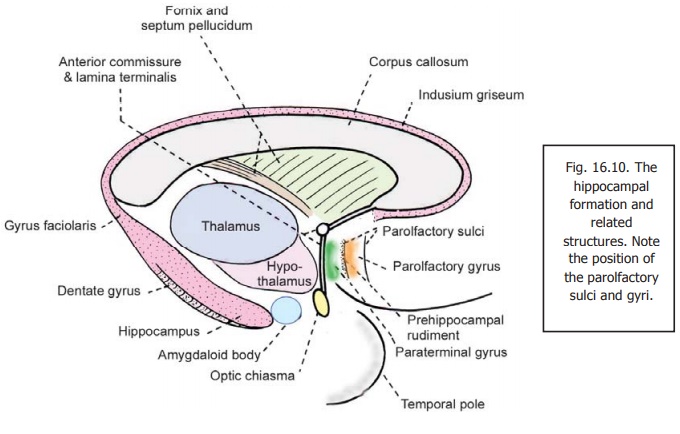 This term is used to designate certain masses of grey matter that lie immediately anterior to the lamina terminalis and the anterior commissure.

This term is used to designate certain masses of grey matter that lie immediately anterior to the lamina terminalis and the anterior commissure (Fig. 16.10). The cerebral cortex of this region shows two small vertical sulci called the anterior and posteriorparolfactory sulci. 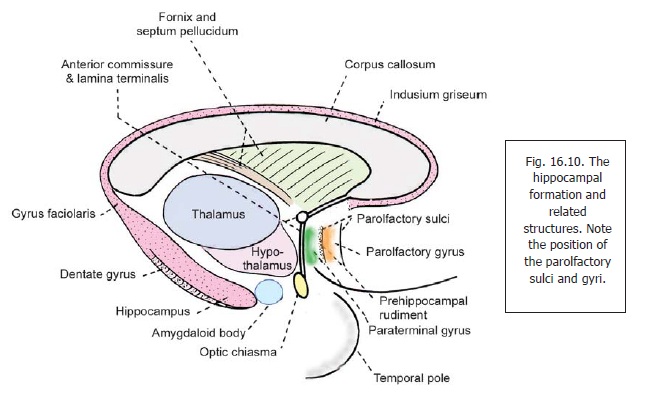 The region between the lamina terminalis and the posterior sulcus is the paraterminal gyrus. The anterior part of this region which adjoins the posterior parolfactory sulcus is called the prehippocampalrudiment. The region between the anterior and posterior parolfactory sulci is the subcallosal area (or parolfactory gyrus). Most workers agree that the paraterminal gyrus (along with the prehippocampal rudiment) forms part of the septal region. Some include the subcallosal area as well. The cortex of this region is referred to as the septal area in distinction to the septal nuclei which lie deep to the cortex. 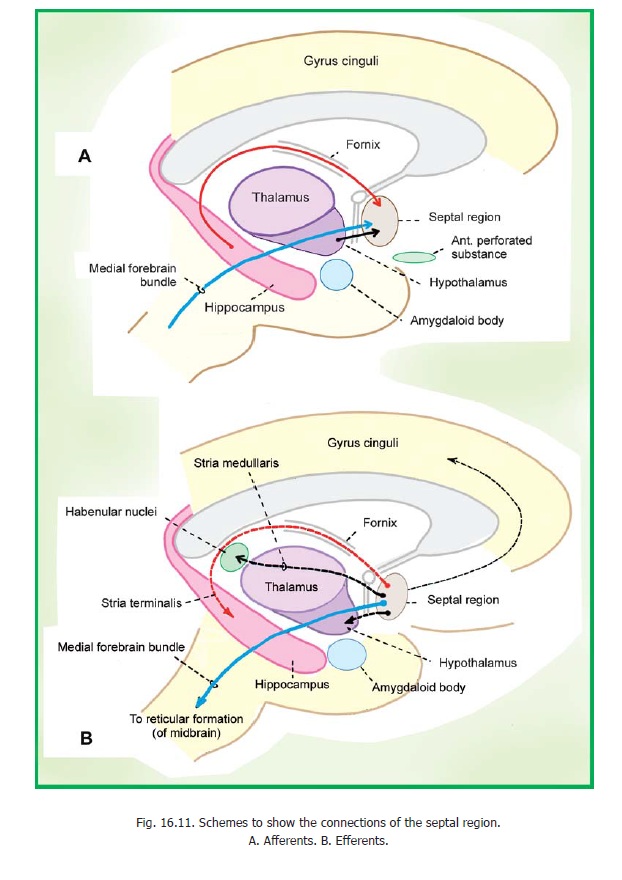 The connections of the septal region are shown in Fig. 16.11. From these connections it is seen that the septal region is linked mainly to the hippocampus and to the hypothalamus, and is functionally associated with both these regions. It is also linked to the brainstem reticular formation through noradrenergic, serotoninergic, and dopaminergic fibres. Cholinergic and GABAergic efferents are given off to the cingulate cortex.