Listen to the teacher reading this section.

Listen to the teacher reading this section.

Most of us have seen a tortoise in a zoo or a reptile park. However, not many would have seen its marine relative, the sea turtle. This is not surprising, since these reptiles spend almost their entire life in the sea.

There are seven species of marine or sea turtles in the world. Of them, five are found in India’s coastal waters: the Olive Ridley, the Hawksbill, the Green Sea Turtle, the Loggerhead and the Leatherback. Compared to most tortoises, sea turtles are huge. Even the smallest species, the Olive Ridley, weighs up to 35 kg when fully grown. The largest of them all, the Leatherback, grows to a length of 2.2m and each could weigh as much as 700 kg! 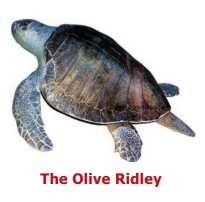 Sea turtles live their life entirely in the oceans. But they still have a connection with land – they must come ashore to lay eggs. Today, four of the sea turtle species mentioned above have become extremely rare in India. The Olive Ridleys, however, are still commonly seen nesting on sandy beaches all along our coasts.

Put a (✓) for the correct and a (×) for the incorrect statements.

1. Turtles are different from tortoises. ☑

3. There are seven kinds of sea turtles in the world. ☑

7. Olive Ridleys are the only sea turtles seen on Indian shores. ☑

marine - found in the sea

coastal - land by the edge of a sea

In most parts of the world, Olive Ridleys come ashore alone to lay their eggs. However, Odisha is one of only three places in the world where a phenomenon known as ‘mass nesting’ or Arribada takes place. On certain nights during the nesting season, thousands of female turtles come ashore simultaneously to lay their eggs on particular beaches. 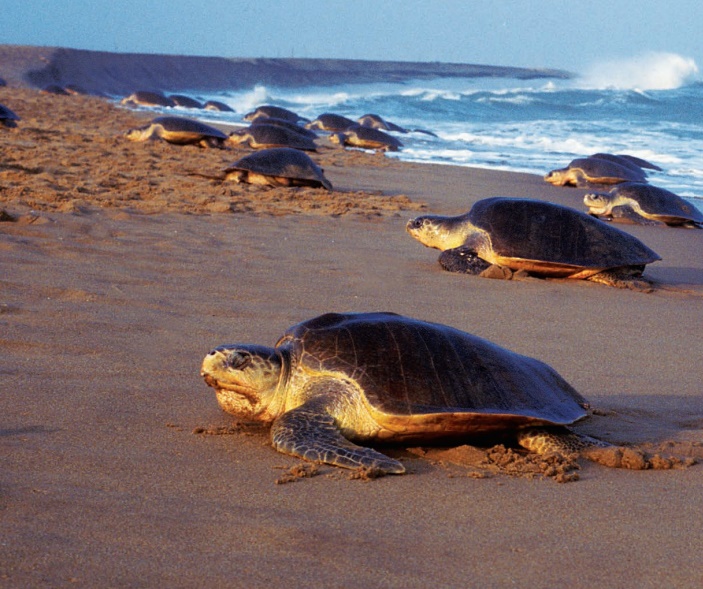 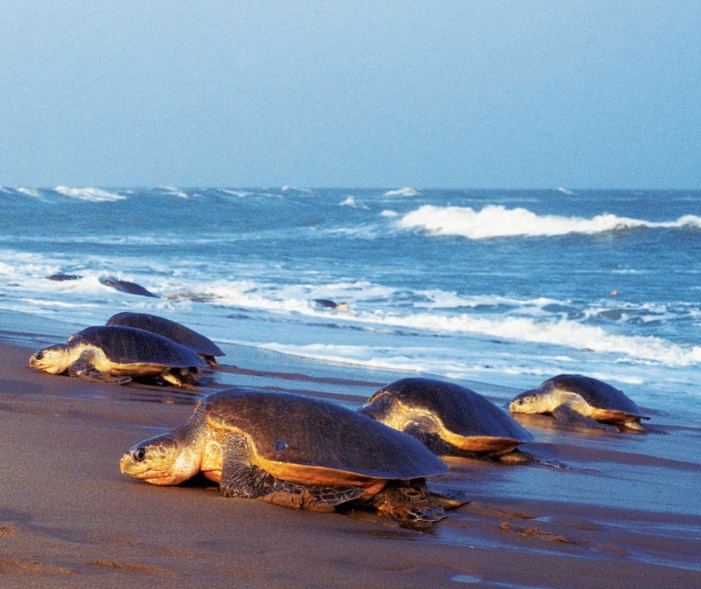