Dominance of Industrial Capital and Advocacy of Free Trade

(a) Dominance of Industrial Capital and Advocacy of Free Trade

It was believed in the seventeenth century that a state’s greatness was dependent on commerce. It was natural, therefore, that the interests of the state and of the merchant class became identical. The Mercantilist period (1600–1700) was a period of accumulation of capital that facilitated the industrial revolution in Europe. The leading powers of the time, Holland, France and England, became major colonial powers with access to overseas markets. Yet it was England, accomplishing industrial revolution first, that emerged as the most powerful country. The export markets for England existed initially in Europe. But as other countries began to industrialise, the market for export of surplus manufactures had to be found elsewhere. 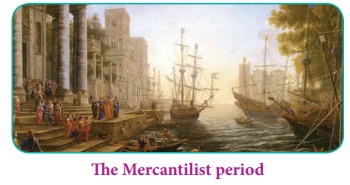 Right from its inception Mercantilism had come under attack. Excessive control of industry in France led to a demand for no control of industry. Physiocrats in France strongly advocated free trade. Laissez-faire, a word coined by a French businessman named de Gournay, became the cry everywhere. Adam Smith, Scottish philosopher and economist, in his influential book An Inquiry into the Nature and Causes of the Wealth of Nations (1776), criticised the colonial policy of the mercantilists and argued for free trade and free market. His Wealth of Nations deeply influenced the politicians of the time and paved the way for the great nineteenth-century era of free trade. 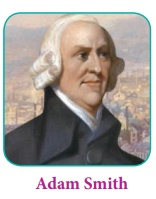 Having earned huge profits out of its monopoly trade, England decided on a free trade policy in 1833. Among the nations that followed England in this respect were Belgium, the Netherlands, Norway, Piedmont, Portugal, Spain, and Sweden. As a consequence, trade barriers were reduced and the economies of western European nations boomed. The capitalism of free competition (based on the principle of free trade without any control or regulation by the state) later became the capitalism of monopolies. In the battle of competition, as Marx observed, little business was either crushed by big business or merged with it to make still larger big business. By the middle of the nineteenth century partnerships and joint-stock companies were giving way to trusts, followed by cartels. These powerful trusts and cartels influenced governments.

Trusts are combinations of all or nearly all of the producers of certain goods in order to control their price and production. In the USA, heavy industry was organised through trusts-association of companies which controlled production from the extraction of raw materials to the disposal of finished products. Cartels are associations of independent companies for the primary purpose of restricting competition in the sale of their products. Cartels flourished because they enabled German producers to gain great leverage in world trade.