1. Determination of the post-mortem interval 2. Entomology 3. Stomach contents 4. Decomposition/putrefaction in a submerged body 5. Post mortem: observation and interpretation of artefacts

Determination of the post-mortem interval

When a person is found dead, it is sometimes important to determine the time of death as accurately as possible. Immediately or soon after death it is often easy, but after putrefaction has set in, it becomes more difficult. This is because so many factors come into play, such as temperature, movement of air, clothes, bacterial activity in the body, and the person's physique.

The following table is a simple set of general rules to apply when examining a corpse in the first few hours after death.

Insects, such as blue-bottles and flies, frequently attack the body. Various phases of their life cycles are found on the body, for example eggs, maggots and adult (fully developed) insects (photo 3). Different insects are found in different geographic areas. The type of insect and the stage in the life cycle (eggs, maggots, etc) found on a body can assist the forensic entomologist to determine the time a body has been in an area. Bodies of persons who have died of organophosphate or other pesticide poisoning are often ``resistant'' to insect activity, as the insects die when they are exposed to the tissue or body fluids.

The condition of the stomach contents does not give any indication as to the post-mortem interval, because the digestive processes largely come to an end after death.

The stomach contents can reveal the following information at the post-mortem examination:

Stomach contents digestion and emptying can, however, vary considerably and can be unpredictable. Especially in comatose persons food can still be recognisable after two days.

Acids and other chemicals taken orally (eg in suicide cases) will continue to have an effect; the changes observed at the post-mortem examination will therefore be more advanced than they were at the time of death.

Gastromalacia is a post-mortem change where the stomach wall is destroyed by the process of autolysis (bearing in mind that the stomach contents is mainly acidic) and the stomach contents then leak into the abdominal cavity. This must be distinguished from ante-mortem pathological processes such as a ruptured stomach ulcer or the effect of caustic substances taken by mouth.

Decomposition/putrefaction in a submerged body

A body decomposes more slowly in a liquid medium than in the air. Initially when a body is submerged in a liquid medium, it often floats in a prone position (face downwards), and putrefaction then first appears in the face and frontal aspect of the neck. This can complicate identification. As gas formation proceeds, the body rises to the surface.

The rate of putrefaction in a submerged body is determined by:

·              The temperature of the medium: Putrefaction occurs more rapidly in a warm than in a cold medium. 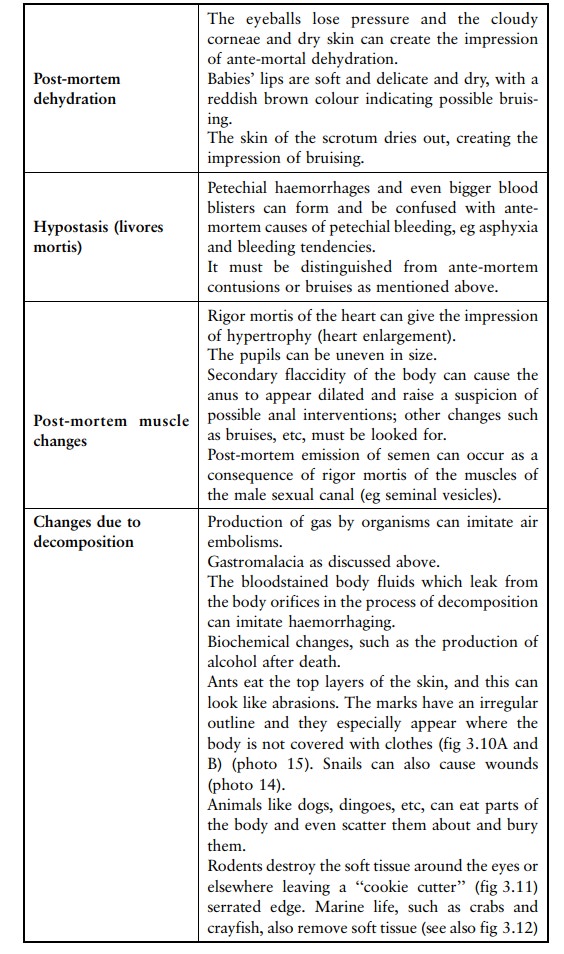 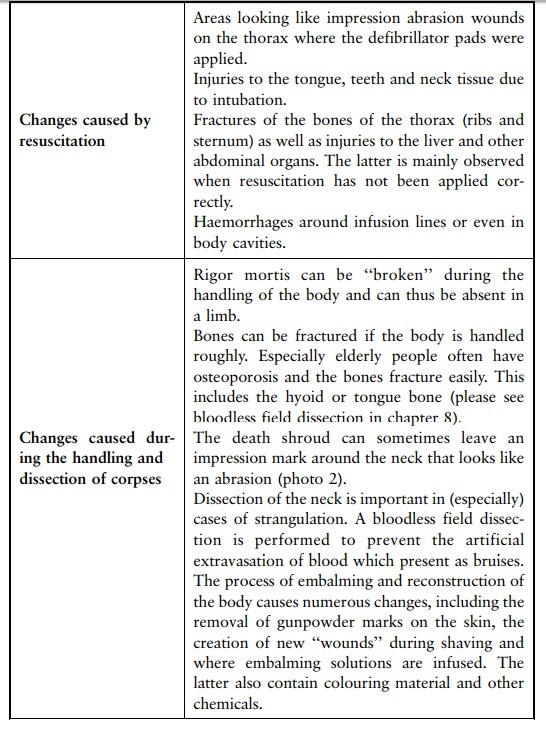 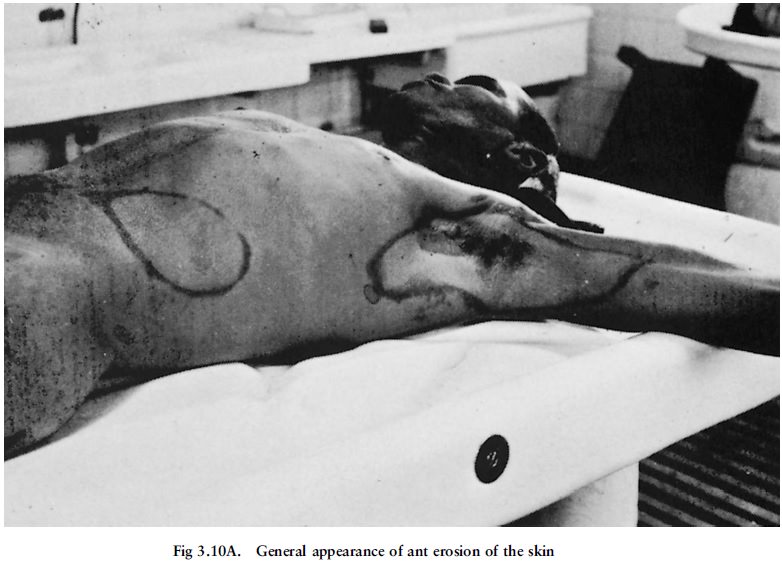 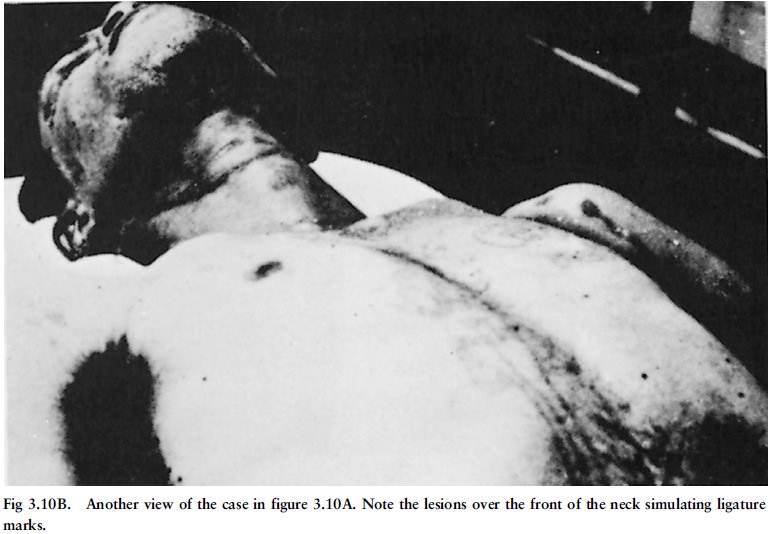