The process of death is a period during which the physiological and metabolic functions of the body are permanently lost.

The process of death is a period during which the physiological and metabolic functions of the body are permanently lost. These changes are due to the fact that the human body and the tissues which constitute it, are dependent on aerobic respiration and therefore oxygen. When oxygen does not reach the body on cellular level any longer, the cells and therefore the tissues and 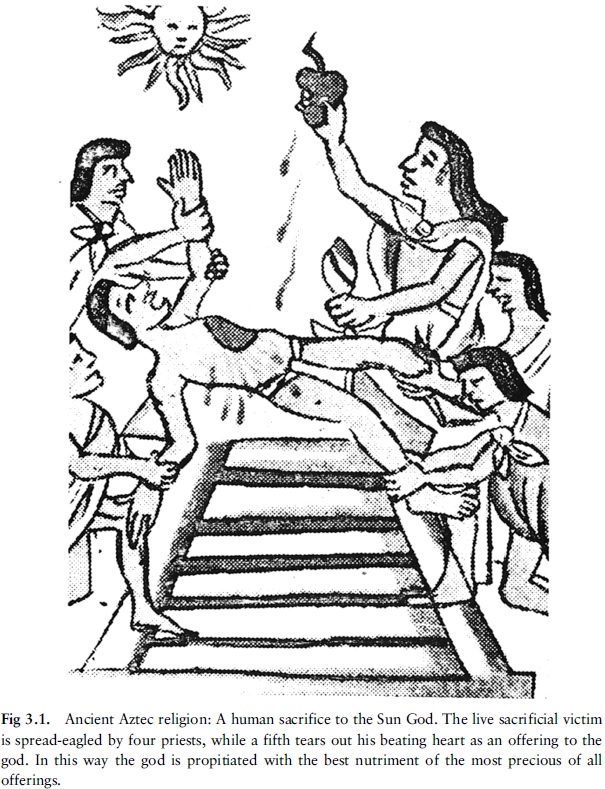 organs, stop functioning. A single ``moment of death'' cannot always be determined, unless regard is had to an event such as was described in respect of the Aztecs of Mexico in ancient times (see fig 3.1).

Not all tissues or organs cease to function instantly at the moment of death; muscles, for instance, can still contract for some time after death when electrically or chemically stimulated (fig 3.2A and B, fig 3.3A and B). 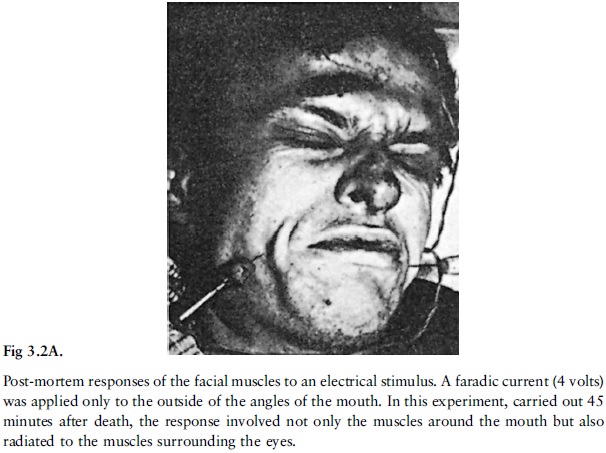 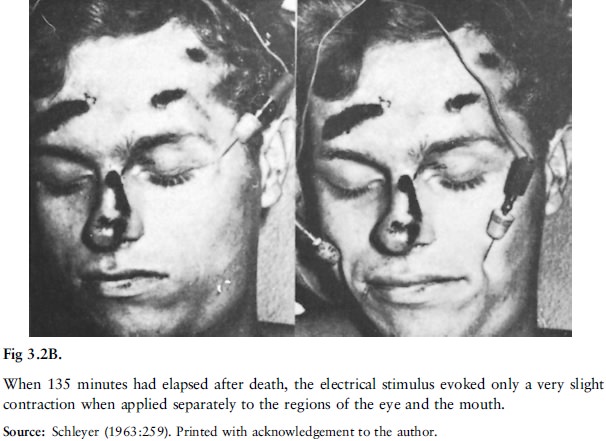 Thus there is a difference between somatic death and cellular death. The development of cellular death is determined, inter alia, by the dependence of the type of tissue, and specifically the cell-type, on oxygen, and its capacity to function at low or nonexistent levels of oxygen (hypoxia and anoxia).

Since organ transplants became general medical practice, it has become imperative to formulate criteria for determining the diagnosis of brain death. 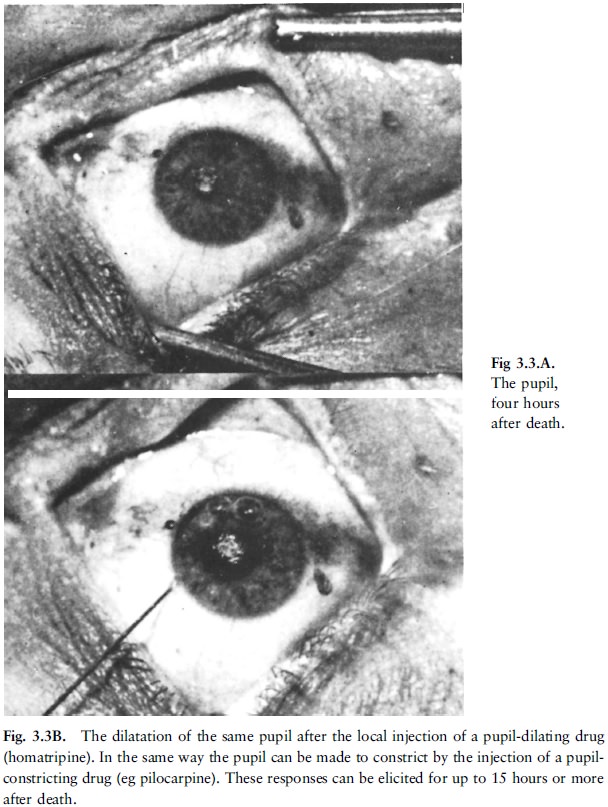 Brain death is the condition where no further brain function or activity occurs, and this condition is irreversible and therefore permanent. In effect brain death is thus the cellular death of the brain tissue. In brain death there is loss of the functions of the brain-stem that maintain and support respiration, cardiac rhythm and the integrity of blood circulation. Since certain conditions such as hypothermia and overdosing with barbiturates and other depressant medication can imitate this condition, it is imperative that any such condition first be excluded before the diagnosis of brain death is made. Section 7 of the Human Tissue Act 65 of 1983 prescribes inter alia the requirements that doctors who diagnose brain death in a patient must meet if an organ transplant is considered:

·              Death must be confirmed by at least two doctors, of whom one must have been a registered medical practitioner for at least five years.

The moment of somatic death is distinguished by:

·              discontinuation of circulation, that is, the heart does not beat any longer and thus no pulses are detectable

·              changes in the eyes: initially there is congestion of blood in the veins in the back of the eyeball (fundal veins) and later changes occur because of drying out of the cornea and conjunctiva

Please note that in the case of an organ donation, the deceased must be certified as being brain dead. However, to preserve organs like the heart or kidneys until such time they can be harvested, blood circulation and respiration are artificially maintained, including by the administation of drugs to stimulate heart function and prevent cellular death. The moment these supportive measures are discontinued, the signs and features of somatic death will present.

The post-mortem changes can be divided according to the changes taking place in the first few hours or days, and those taking place at a later stage: