If a person (dead or alive) cannot be identified correctly, it can have far-reaching implications, and this is not true only for the legal process.

If a person (dead or alive) cannot be identified correctly, it can have far-reaching implications, and this is not true only for the legal process. Family members have the need to dispose of the remains of their loved ones in a suitable fashion and the insurance industry also needs unequivocal proof of the deceased's identity before a claim can be settled.

Identification is usually not a major issue in most deaths, although it may be traumatic for the next of kin to see the mutilated body of a loved one. It has for example happened that under such emotional circumstances people have been identified incorrectly.

Identification can be difficult in certain situations:

·              In the case of mass disasters where mutilation and charring of bodies are common, such as on 11 September 2001 in New York, and in aircraft and mining accidents. 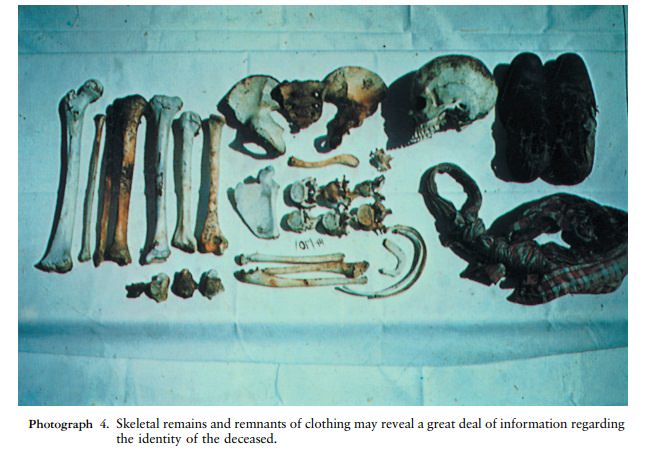 The identification of a living person is also important. A young individual, age unknown, may be prosecuted for a crime in which the exact age of the assailant may be an issue of importance, especially when it comes to an appropriate sentence. It is sometimes also necessary to link the genetic contents of a specimen, for example semen, with a specific individual. Identification of the alleged father in cases of a paternity dispute is a common occurrence.

Identification, both in the living and a dead person, is done according to one or both of the following two basic principles:

·              Identification through reconstruction and classification. This involves determining age, sex, race, height, et cetera. On the grounds of this information one can place the individual in a group of individuals.

·              Identification through comparative studies. Certain features unique to an individual can be compared with data available about that individual or possible individuals. Fingerprints, photographs, scars, operation scars and prostheses, or the absence of viscera (eg the uterus) can be of value. The impression of a bite mark on the skin can be compared with the teeth of an alleged assailant. In charred bodies the teeth are usually preserved, and can be used in the identification of the deceased.

The use of molecular biology, specifically DNA analysis, offers unequivocal proof in the identification of a specific individual. At present this technique is extensively used in paternity testing, and has replaced blood group analysis.

Fingerprints (also palmprints) are still an important means to identify an individual, but for this method comparative prints are needed.

We shall now discuss two situations where identification is often problematic and difficult, and then we discuss general principles regarding age, race and sex in skeletal and nonskeletal remains when it comes to identification.

In a mass disaster the following issues are at stake:

It is of cardinal importance in the case of for example aircraft accidents to identify the pilot and crew, and to exclude any possible external factor which could have impacted negatively on their performance. This includes natural disease processes such as heart diseases, as well as alcohol intoxication and carbon monoxide poisoning. 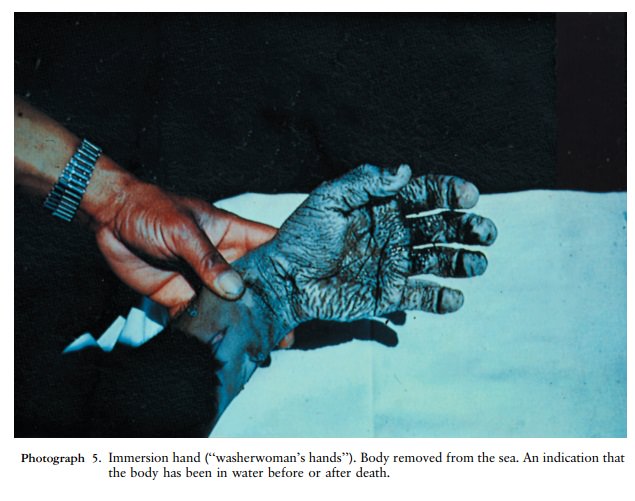 When examining a skeleton, the following questions have to be answered:

·              How long have the bones been there. Usually skeletal remains of more than 50 years are regarded as of archeological importance only, and no further forensic investigations are undertaken.

·              identifying marks on the skeleton (old fractures, parturition marks on the inner aspect of the female pelvis) signs of trauma (photographs 6 and 8) 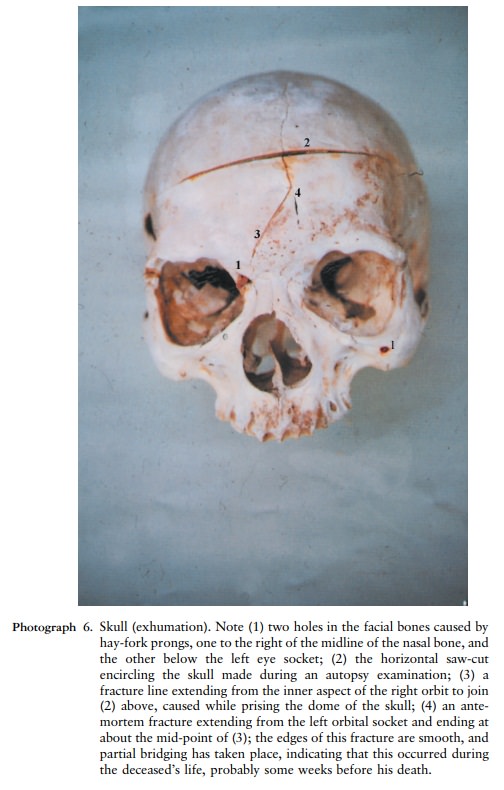 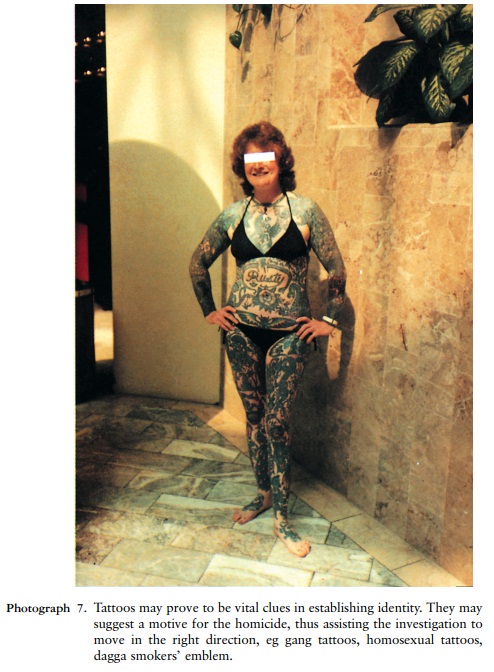