This procedure was first used in a criminal case by Glaister and Brash (1937) in the case of R v Ruxton.

In a South African case (discussed by Gordon and Drennan 1948), the only remnants of the long bones found in a burnt-out vehicle were three quarters of the left humerus and approximately half of each femur. Figure 4.9 shows the remains, and figures 4.10 and 4.11 show the successful reconstruction. 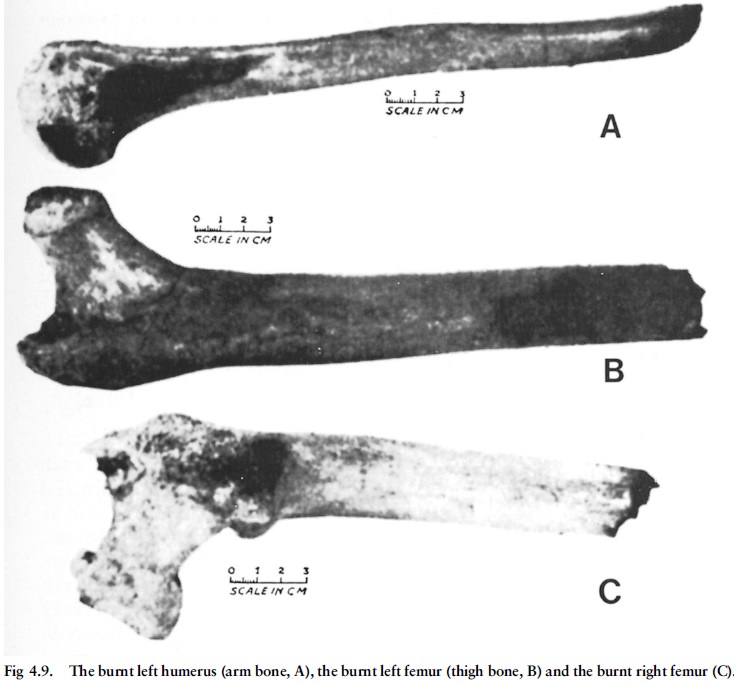 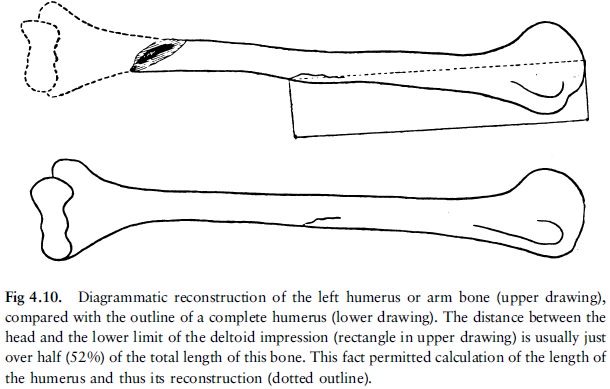 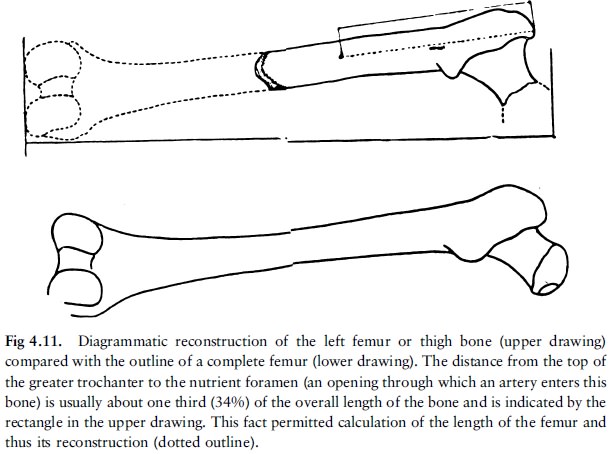 Comparison of skulls and photographs

This procedure was first used in a criminal case by Glaister and Brash (1937) in the case of R v Ruxton. In this case the dismembered remains of two women were found in a ravine 160 km from the home of Dr Ruxton. Various facts gave rise to the suspicion that the remains, which had been mutilated beyond recognition, were those of Mrs Ruxton, the accused's wife, and of the nursemaid, Mary Rogerson. Evidence of height and of age, as well as fingerprints and the size of the feet, tended to confirm the suspicion. In addition, photographs of the two skulls, of a size corresponding to their actual dimensions, were taken and compared with enlarged photographs of the two missing women. The natural size of the faces on the photographs was determined as accurately as possible so that the enlargements should be life-size. When the orientation of the skulls had been adjusted, the outline of each skull was shown to conform accurately to the features of the photographs of one, but not of the other missing woman.

In the Dobkin case (Simpson 1969) a similar procedure was followed, with the difference that no standard for the measurement of Mrs Dobkin's face in the photograph was available. In this case photographs of skull and face were superimposed by adjusting the magnification until the distances between the pupils corresponded. Again, outline of skull and features corresponded closely.

In the case already described by Gordon and Drennan, this method was used to show that outline drawings of the charred remainder of the skull which was found in the burnt-out car, fitted reasonably well into life-size drawings of the head of a Mr Wolkersdorfer, who owned the car and had disappeared since the night of the burning.

In this case the only photographs of Wolkersdorfer that were available were the three snapshots shown in the figures. The police were able to obtain the tie which was worn by Wolkersdorfer, and its square pattern was used as a scale to make a life-size drawing of this view of his head. In order to obtain life-size drawings of his head the size of his left ear, determined by the tie scale (fig 4.12 and 4.12A), was used. 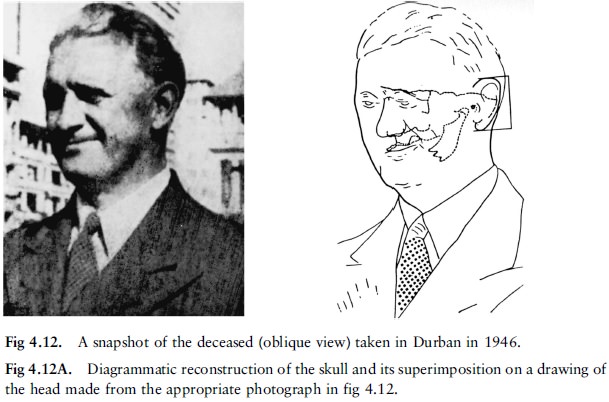 In all three superimpositions there was quite good anatomical correspon-dence, which supported other skeletal evidence regarding race, age and height in suggesting that the remains could have been Wolkersdorfer's. The skull fragment was sufficiently large to show that the individual's head had been decidedly brachycephalic, that is very short and wide. The small circles in figure 4.13A represent leadshot pellets placed at the entrance to each ear opening of the skull. The width between the pellets was considerable in this skull, and it was thought significant that this measurement fitted the dimensions of Wolkersdorfer's head. 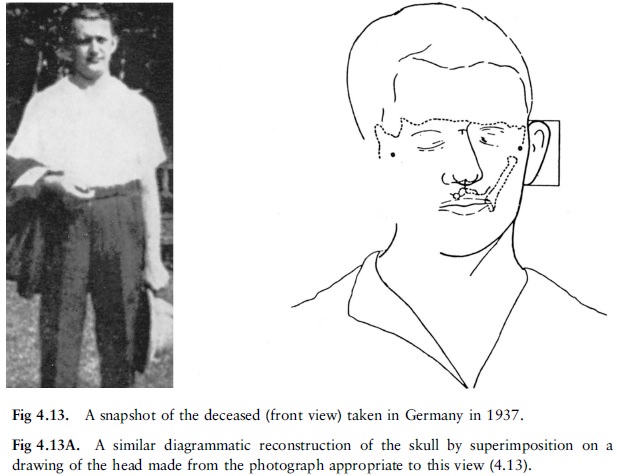 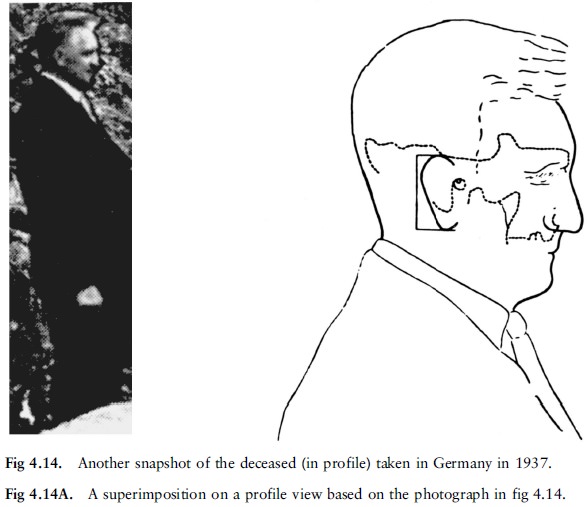