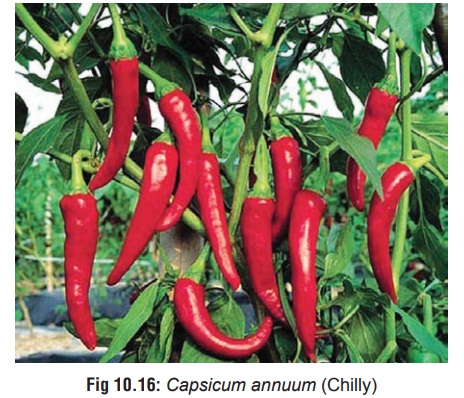 It is a small herb belonging to family Solanaceae, bearing longish tapering fruits which become red when ripe (Fig 10.16) with a pungent odour and taste, and contain a number of small and flat yellowish seeds (Fig 10.17). The latter bear a superficial resemblance to Datura seeds and serious poisoning sometimes results from mistaken identity. Table 10.2 lists salient points of difference. The fruits and seeds of C. frutescens are hotter to taste than those of C. annuum. 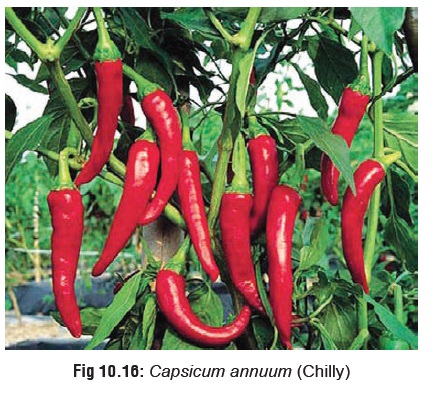 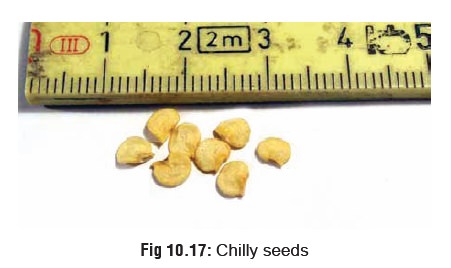 ·      The fruit and seeds are very popular in Indian cuisine as a condiment and flavouring agent. It is also used in pickles and sauces.

·      In medicine it is sometimes used as an appetite stimulant and carminative.

·      The main active principle, capsaicin, is sometimes used in the treatment of neuralgia and diabetic neuropathy.

·      Capsaicin is sometimes used in self-protective repellents such as dog repellents and mace-like agents. 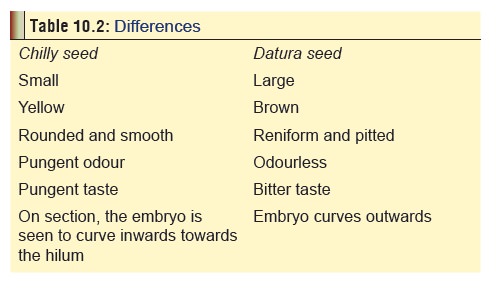 The vanillyl acids are irritants which cause their effects by depleting nerve terminals of substance P. This results in local swelling and pain due to dilation of blood vessels, and intense excitation of sensory nerve endings. Following such an initial reaction, there is a period of relative insensitivity to various stimuli, which forms the basis for the use of capsaicin as an active ingredient in some analgesic creams.

·      Accidental deaths have been reported due to aspiration of pepper. Sometimes datura seeds (Fig 10.18) are consumed in mistake for chilly seeds giving rise to serious poisoning. Homicides have also been accomplished by inhalational route. 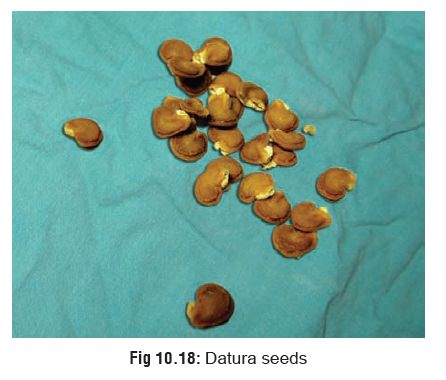 ·      The powder is occasionally used for torture or extortion by forcible introduction into the anus or vagina. Cases of child abuse have also been reported.

·      Robbery, rape, etc., may be facilitated by rendering a victim suddenly agonised and helpless by throwing pepper into the eyes.

·      Black pepper (Piper nigrum belonging to family Piperaceae) contains terpinoids such as d-limonene, L-pinene, linalool, and philadendrone, which are said to be carcinogenic.