a and b are the parameters of the Uniform distribution and we write X ~ U (a, b)

A random variable X is said to have a continuous Uniform distribution over the interval (a, b) if its probability density function is

i. a and b are the parameters of the Uniform distribution and we write X ~ U (a, b)

iii. y = f(x) describes a rectangle over the x-axis and between ordinates at x = a and x= b. 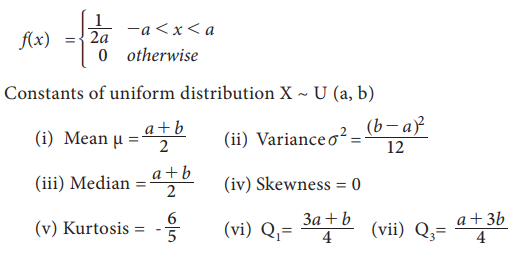 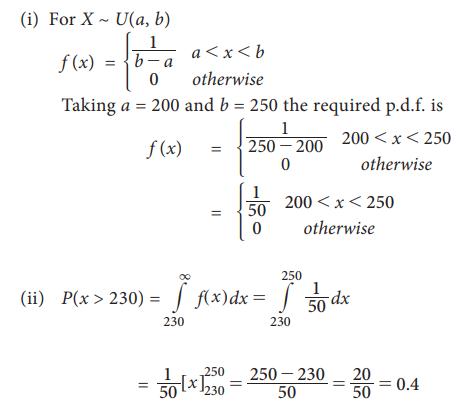 If X is a Uniform variate with the parameter 50 and100, find the mean, median and standard deviation. 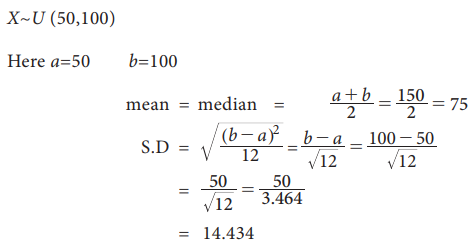 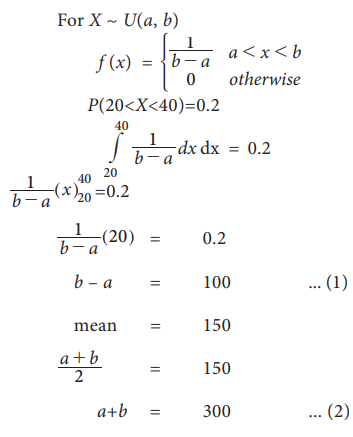 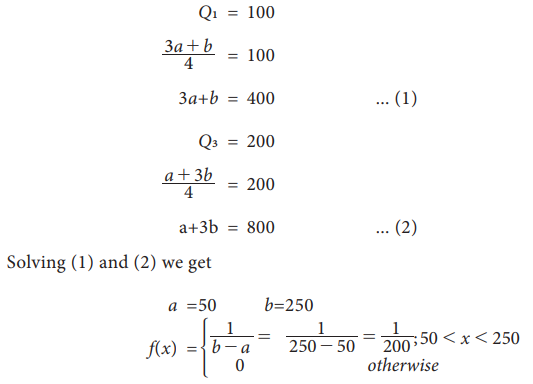 Electric trains on a certain line run every 15 minutes between mid- night and six in the morning. What is the probability that a man entering the station at a random time during this period will have to wait at least ten minutes?

The given assumption indicates that X is distributed Uniformly on (0,15).