Borsches reagent is prepared by dissolving 2,4-dinitrophenylhydrazine in a solution containing methanol and little of conc sulphuric acid.

In this test, the orange-red colour of bromine solution disappears when it is added to an unsaturated organic compound.

In this test, pink colour of KMnO4 disappears, when alkaline KMnO4 is added to an unsaturated hydrocarbon. The disappearance of pink colour may take place with or without the formation of brown precipitate of MnO2.

Aqueous solution Naphthols do not give any characteristic colour with neutral ferric chloride. But alcoholic solution of α and β naphtholsgiveblue-violet and green colouration respectively due to the formation of binaphthols.

Alcohols react with carboxylic acids to form fruity smelling compounds called esters. This esterification is catalysed by an acid such as concentrated sulphuric acid.

Fehling’s solution A is an aqueous solution of copper sulphate.

Note: Benzaldehyde may not give this test as the reaction is very slow.

The anion of the ketone formed by a alkali reacts with nitroprusside ion to form a red coloured complex.this test is not given by aldehydes.

Disaccharides, and polysaccharidesare hydrolysed to Monosaccharides by strong mineral acids. Pentoses are then dehydrated to furfural, while hexoses are dehydrated to 5-hydroxymethylfurfural. These aldehydes formed will condense with two molecules of α-Naphthol to form a purple-coloured product, as shown below. 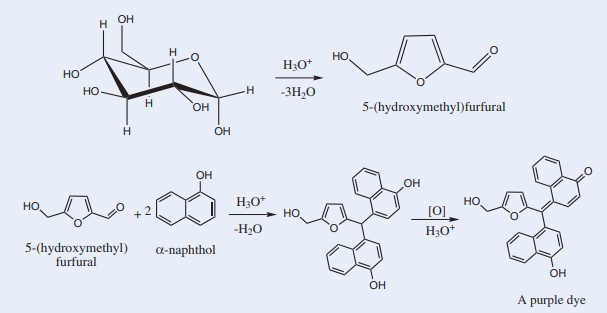 Phenyl hydrazine in acetic acid, when boiled with reducing sugars forms Osazone. The first two carbon atoms are involved in this reaction. The sugars that differ in their configuration on these carbon atoms give the same type of Osazone. Thus glucose, fructose and mannose give the same needle type yellow crystals. 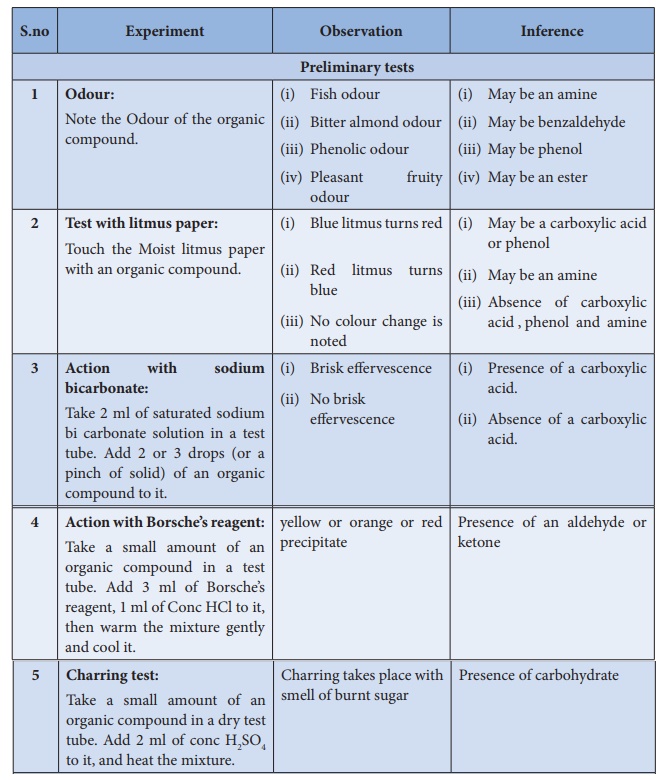 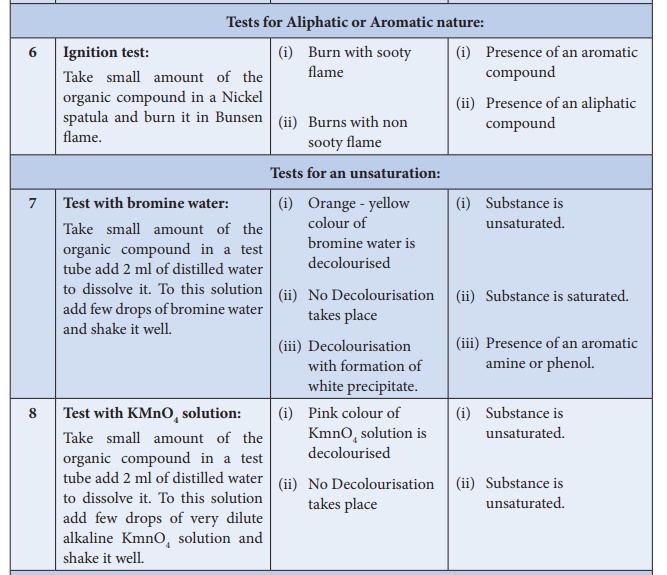 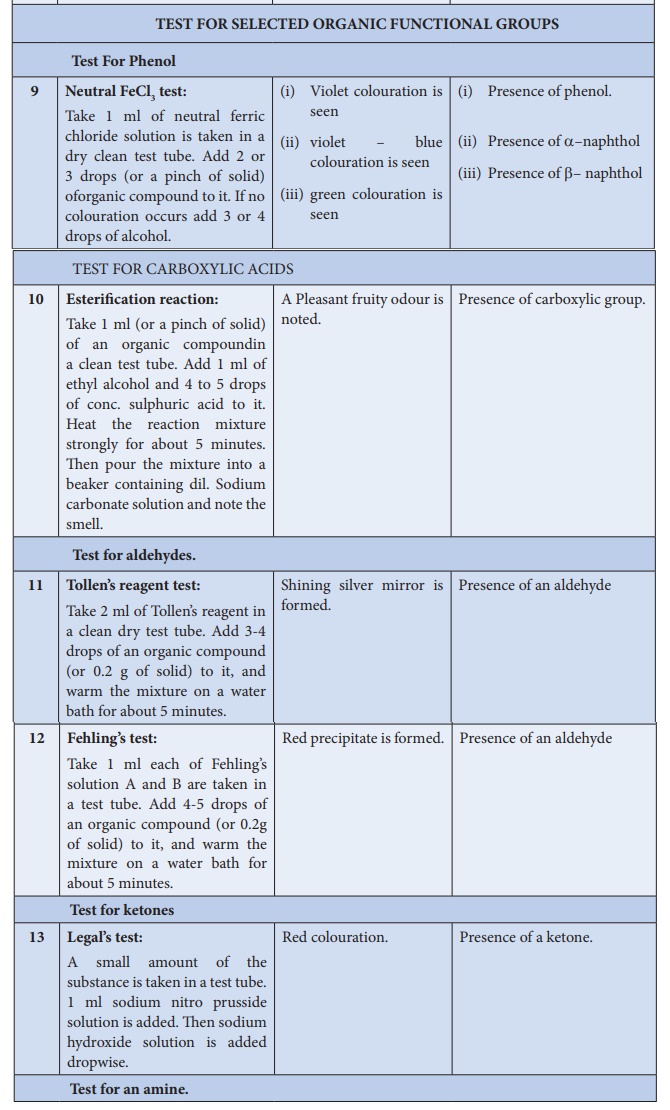 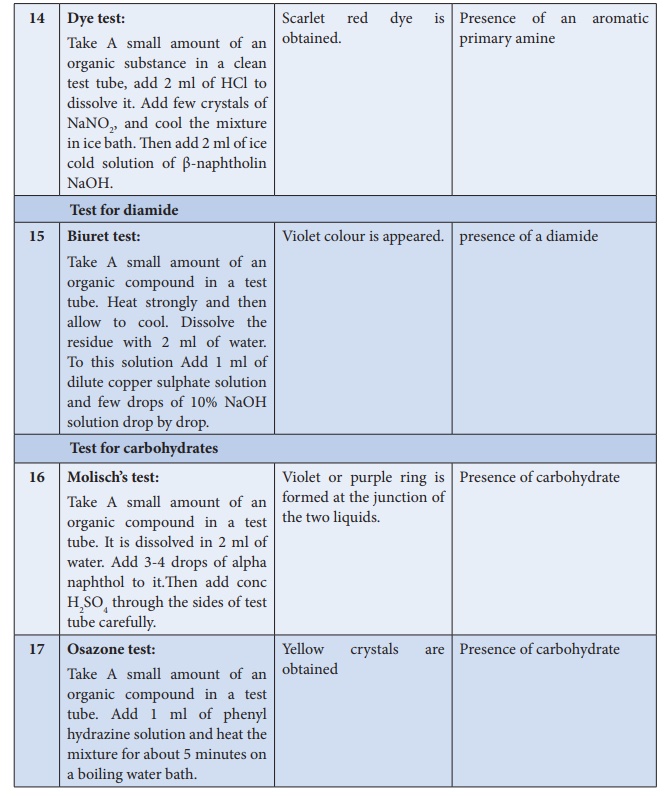