2. Which of the following is not a part of water cycle?

3. Which of the following processes add water vapour to the atmosphere?

c. other sources of water

5. Using R.O. plant at home eliminates lot of non-potable water. The best way to effectively use the expelled water of R.O. plant is  __________

a. make the expelled water go and seep near the bore well

b. use it for watering plants

c. to drink the expelled water after boiling and cooling

d. to use for cooking as the water is full of many nutrients

Answer: b) use it for watering plants

1. Only 0.3 percent of natural water is available for human consumption.

2. The process of changing water into its vapour is called evaporation.

3. Dam is built on rivers to regulate water flow and distribute water.

III. True or False. If False, give the correct statement

1. Water present in rivers, lakes and ponds is unfit for use by human beings. (False)

Water present in lakes, rivers and pond is fit for use by human beings. It is used for wasting, bathing and irrigation. It is purified and made fit for drinking.

2. Seas are formed when the water table meets the land surface. (False)

Springs are formed when the water table meets the land surface.

3 The evaporation of water takes place only in sunlight. (True)

4. Condensation results in the formation of dew on grass. (True)

5. Sea water can be used for irrigation as such. (False)

As sea water is salty it cannot be used for irrigation as such.

1. These vapours condense to form tiny droplets of water.

3. The heat of the sun causes evaporation of water from the surface of the earth, oceans, lakes, rivers and other water bodies.

4. The large water droplets become heavy and the air cannot hold them, therefore, they fall as rains.

5. Water vapour is also continuously added to the atmosphere through transpiration from the surface of the leaves of trees.

7. Higher up in the atmosphere, the air is cool.

8. These droplets floating in the air along with the dust particles form clouds.

1. The heat of the sun causes evaporation of water from the surface of the earth, oceans, lakes, rivers and other water bodies.

2. Water vapour is also continuously added to the atmosphere through transpiration from the surface of the leaves of trees.

3. These droplets floating in the air along with the dust particles form clouds.

5. Higher up in the atmosphere, the air is cool.

6. These vapours condense to form tiny droplets of water.

8. The large water droplets become heavy and the air cannot hold them, therefore, they fall as rains.

2. How do people in cities and rural areas get water for various purposes?

They get water by pumping out ground water using borewells. Water obtained from wells, borewells, rivers and lakes is purified and distributed to the people in cities and rural area.

3. Take out of cooled bottle of water from refrigerator and keep it on a table. After some time you notice a puddle of water around it. Why?

The water vapour in the air around condenses when it touches the cooled bottle. The droplets of water formed on the outside of the bottle get accumulated and become large drops. They drip down the sides of the bottle and fall to the bottom as a puddle of water.

4. We could see clouds almost every day. Why doesn’t it rain daily?

5. Name the places where water is found as ice.

Water is found as ice on high mountains and in polar regions.

6. How do aquatic animals manage to live in Arctic and Antarctic Circle?

The aquatic animals in Arctic and Antarctic region have thick fur on their skin and a thick layer of coat beneath. The fur and the fat protect the animals from extreme cold. These animals burrow into snow and hide into it. The snow acts as an insulator and prevents the entry of cool air in.

7. What are the types of rain water harvesting?

(a) Collecting rain water from where it falls.

1. It is found on the surface of the earth.

2. River, lake, freshwater and swamps are sources of surface water.

1. It is found beneath the surface of the earth.

2. Springs and wells are the sources of ground water and it is brought out by pumps and borewells.

2. Write a few slogans of your own on the topic “Save Water”.

1) Conserve water, that is right

Or else future, full of fright.

Future of man, if you love.

3. About 71% of earth’s surface is covered with water, then why do we face scarcity of water?

97% of water present on earth is found in seas and oceans. As it is salty we cannot use it for drinking or irrigation. There is only 3% of fresh water. Of this, 68.7% is present as ice and glaciers in the poles. We can use only the remaining water. Owing to population explosion we need more water as days pass by but there is only a fixed quantity of water on earth. The availability of water cannot be increased by any means. So we face water scarcity.

4. Give reason for the following statement – Sewage should not be disposed of in rivers or oceans before treatment.

5. The fresh water available on earth is only 3%. We cannot increase the amount of water. In that case, how can sustain the water level?

Human activities like pollution, usage of plastics and destruction of water sources for construction purposes and sinking borewells cause the lowering of groundwater level. So we should restrict the above mentioned activities. We should pay more attention to conservation of water like rain water harvesting. We should prevent wastage of water by adopting techniques as drip irrigation and recycling of water. Awareness should be created among people to put an end to wastage of water.

The metal particles in potable water and the solids dissolved in it (TSS - Total Suspended Solids) are physical characteristics.

2. Who is known as waterman of India? Browse the net and find the details about the award, the waterman received for water management. State the findings by drafting a report.

Dr. Rajendrasingh of Rajasthan is regarded as the 'Waterman of India'. He is a conservationist and environmentalist of our times.

The Avari River in Northwest Rajasthan did not flow for sixty years. Thanks to the initiative and effort taken by Dr. Rajendrasingh the river started flowing and now it is a perennial river.

Dr. Rajendrasingh learned the ancient practice of building dams called ' Johads'. During rainy season he stored the rain water. Working hard for 10-14 hours a day he succeeded in rain water harvesting. With the help of the community Dr. Rajendrasingh constructed 375 Johads. So the Avari River started flowing in 1995. Because of his efforts on conservation more than 1000 villages have been benifitted. Forests began to appear anew.

In 2001 Dr. Rajendrasingh was awarded Ramoan Magsaysay Award. It is Asia's highest honour. In 2015 he was awarded Stockholm Water Prize. It is equivalent to Nobel Prize for water.

3. What is rainwater harvesting? Explain in a few sentences how it can be used in houses.

(a) Collecting water from where it falls.

(e.g): Collecting water from the roof tops of the houses or buildings

1. When there is no pond or lake in an area, will there be formation of clouds possible in that area?

When there are no ponds or lakes in an area there won't be evaporation of surface water. So clouds cannot be formed above these places.

2. To clean the spectacles, people often breathe out on glasses to make them wet. Explain why do the glasses become wet.

When we breathe out on glasses, the water vapour in our breath sticks to the glass. It gets condensed on the cool surface of the glass. The moisture thus formed helps us to clean the glass.

1. A method of water conservation. Recycling

2. Process of getting water vapour from sea water. Evaporation 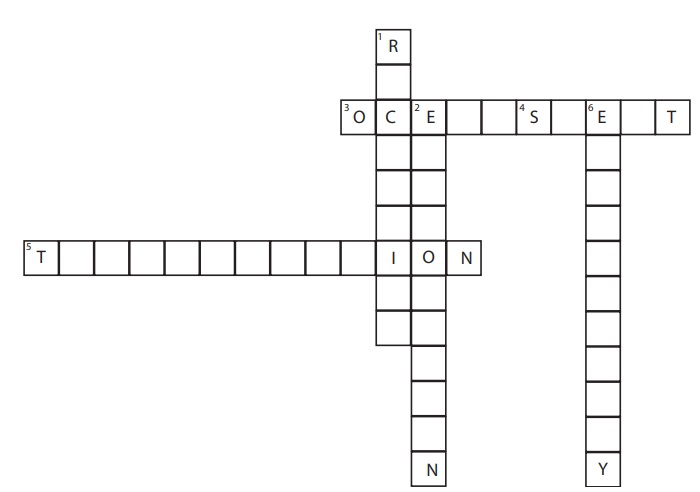 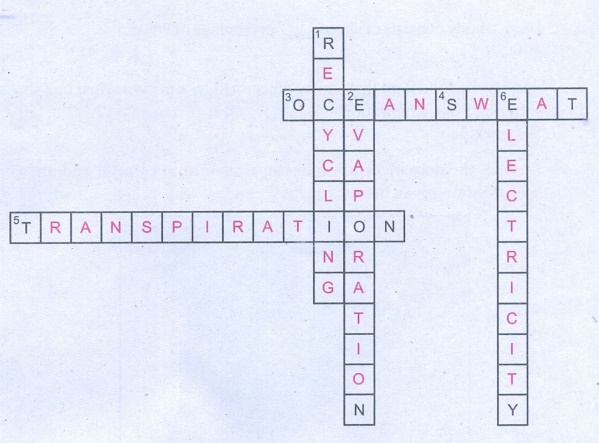 XII. (1). Observe the given graph carefully and answer the questions.

a. What percentage of water is seen in fish?

b. Name the food item that has maximum amount of water in its content.

c. Name the food item that has minimum amount of water in its content.

d. Human body consists of about percentage of water.

e. Specify the food item that can be consumed by a person when he / she is suffering from dehydration.

2. Look at the map of Tamilnadu showing annual rainfall and answer the questions given

a. Identify the districts that get only low annual rainfall in Tamilnadu.

b. Identify the districts that get a medium annual rainfall in Tamilnadu. 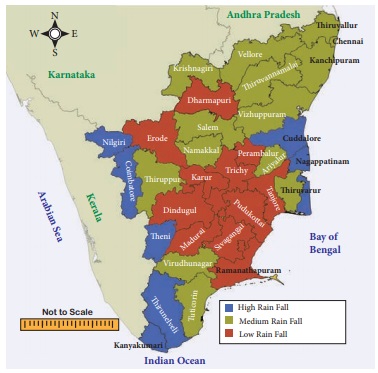