1. The unit of measurement used for expressing dimension (size) of cell is ____

2. Under the microscope Priya observes a cell that has a cell wall and distinct nucleus. The cell that she observed is

b. an animal cell

Answer: (a) a plant cell

3. A ‘control centre’ of the eukaryotic cell is

4. Which one of the following is not an unicellular organism?

5. Most organelles in a eukaryotic cell are found in the

1. The instrument used to observe the cell is the microscope

2. I control the food production of a cell. Who am I? chloroplast

4. The Term “ cell” was coined by Robert Hooke

5. The egg of an Ostrich is the largest single cell.

III. True or False. If False, give the correct answer.

3. Prokaryotes were the first form of life on earth. [True]

4. The organelles of both plants and animals are made up of cells. [Flase]

The cells of both plants and animals are made up of organelles.

3. Gate of the nucleus - Nucleus

4. Gate of the cell - Chloroplasts

3. Gate of the nucleus - Nuclear membrane

4. Gate of the cell - Cell membrane

V. Arrange in a correct sequence

3. What are the essential components of a cell?

4. What are the organelles found only in plant cell?

5. Give any three examples of eukaryotic cell?

6. Which one is called as “Area of movement”?

7. Shiva said “ Bigger onion has larger cells when compared to the cells of smaller onion”! Do you agree with his statement or not ? Explain Why?

No, I don't agree with the statement. Cell size has no relation to the size of an organism.

1. Why cells are called building blocks of life?

2. Identify any four parts of the Plant cell. 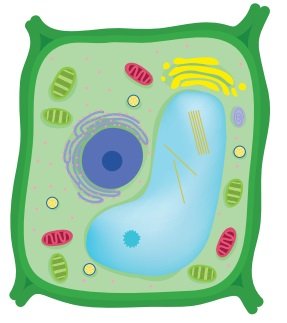 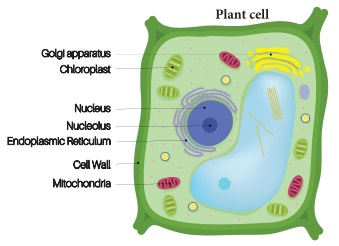 3. Distinguish between prokaryotic and eukaryotic cells

• Its diameter ranges from 1 to 2 micron

• Nucleus consisting of no nuclear membrane

4. Make sketches of animal and plant cells which you observe under microscope. 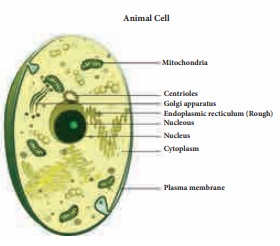 5. Write about the contribution of Robert Hooke in cell biology.

The Englishman Robert Hooke was a scientist, mathematician, and inventor. He improved microscope which was used in those days, and built a compound microscope. He placed water-lens beside the microscope to focus the light from an oil-lamp on specimens to illuminate them brightly so that he was able to see the minute parts of the objects clearly.

One day Hooke made thin sections of the cork and observed them through his microscope. He observed many small identical chambers which were hexagonal in shape. He was surprised.

After that he saw many objects like Butterfly's wings, Bee's compound eyes etc.,

Based on these observations Hooke published a book named Micrographia in the year 1665, where he first used the term cell. He described the structure of tissue using the term cell.

1. Tabulate any five cell organelles and their function. 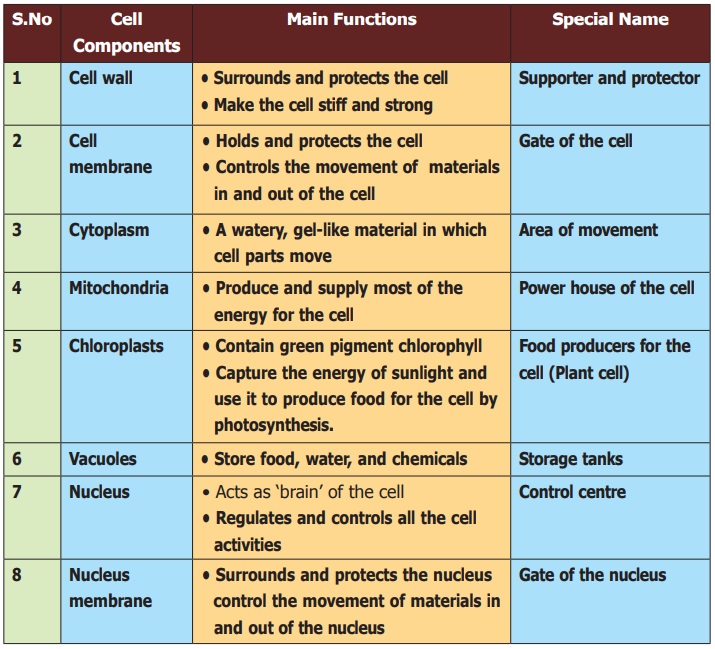 2. Draw a neat labelled diagram of a prokaryotic cell. 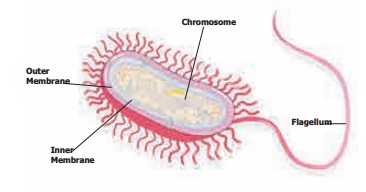 1. Use your imagination and create 3-D model of a plant cell? 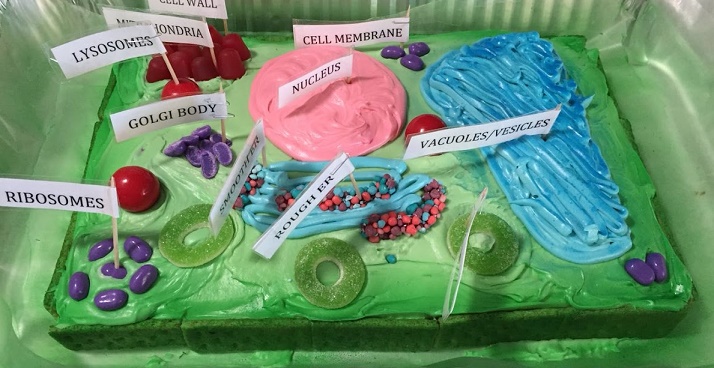 2. You can use numerous food materials such as a jelly and some cake to make a cell body. Cell organelles can be made using nuts and dry fruits. You can display the model in your class room and invite teachers or students from other classes to rise questions on the project and try to give answer. 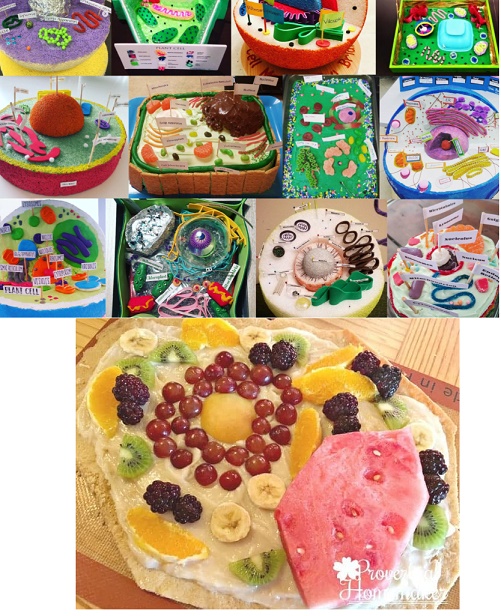