The most common causes of pulmonary edema are as follows:

2.     Damage to the pulmonary blood capillary membranes caused by infections such as pneumonia or by breathing noxious substances such as chlorine gas or sulfur dioxide gas. Each of these causes rapid leakage of both plasma proteins and fluid out of the capillaries and into both the lung interstitial spaces and the alveoli. 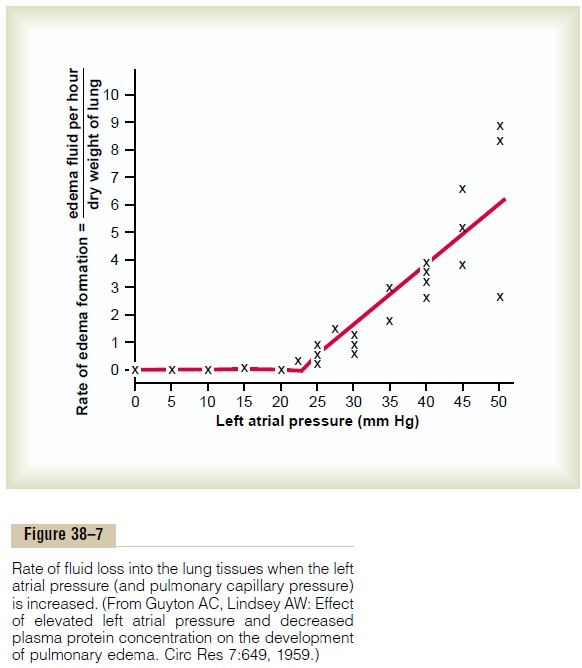 Safety Factor in Chronic Conditions. When the pul-monary capillary pressure remains elevated chronically (for at least 2 weeks), the lungs become even more resistant to pulmonary edema because the lymph vessels expand greatly, increasing their capability of car-rying fluid away from the interstitial spaces perhaps as much as 10-fold. Therefore, in patients with chronic mitral stenosis, pulmonary capillary pressures of 40 to 45 mm Hg have been measured without the develop-ment of lethal pulmonary edema.