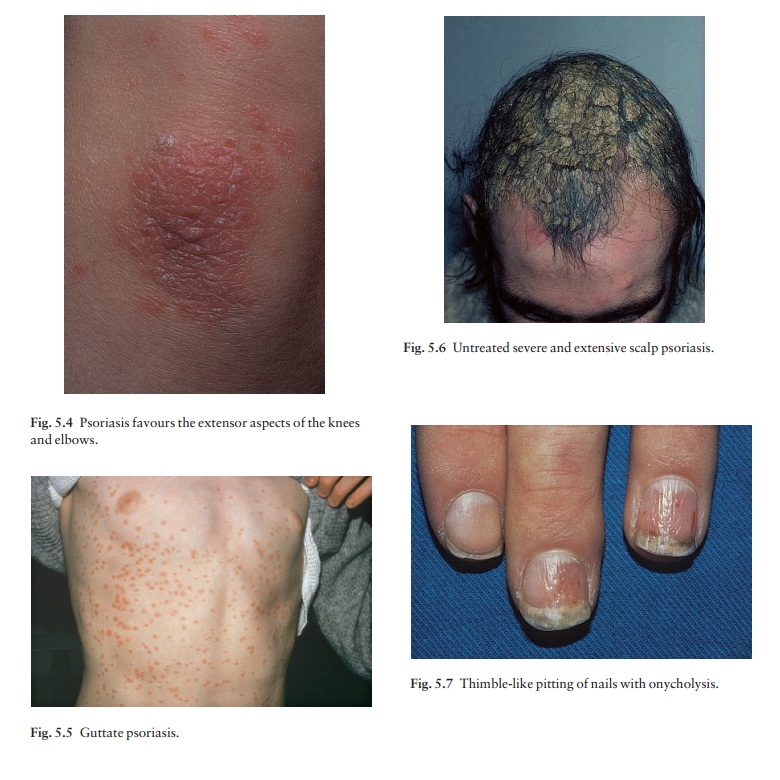 This is the most common type. Lesions are well demarcated and range from a few millimetres to several centimetres in diameter .

This is the most common type. Lesions are well demarcated and range from a few millimetres to several centimetres in diameter (Fig. 5.3). The lesions are pink or red with large dry silvery-white polygonal scales (like candle grease). The elbows, knees, lower back and scalp are sites of predilection (Fig. 5.4). 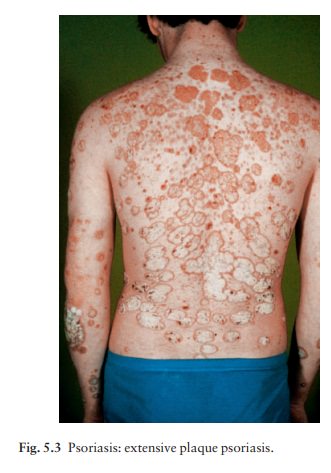 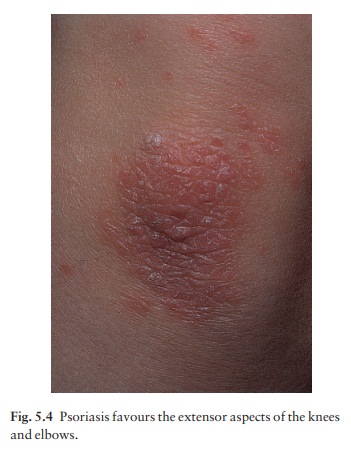 This is usually seen in children and adolescents and may be the first sign of the disease, often trig-gered by streptococcal tonsillitis. Numerous small round red macules come up suddenly on the trunk and soon become scaly (Fig. 5.5). The rash often clears in a few months but plaque psoriasis may develop later. 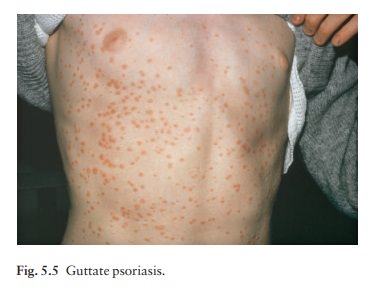 The scalp is often involved. Areas of scaling are inter-spersed with normal skin; their lumpiness is more easily felt than seen (Fig. 5.6). Frequently, the psoriasis overflows just beyond the scalp margin. Significant hair loss is rare. 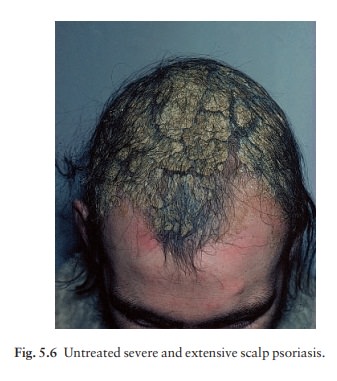 Involvement of the nails is common, with ‘thimble pitting’ (Fig. 5.7), onycholysis (separation of the nail from the nail bed; Fig. 5.8) and sometimes subungual hyperkeratosis. 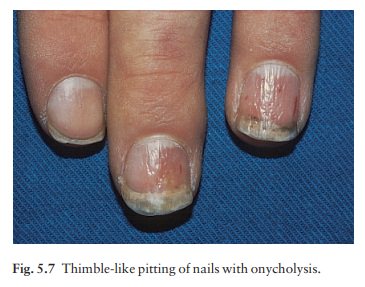 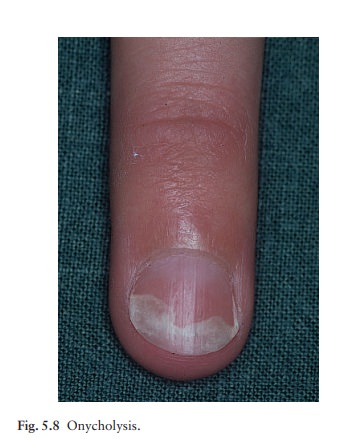 Psoriasis of the submammary, axillary and anogenital folds is not scaly although the glistening sharply demarcated red plaques (Fig. 5.9), often with fissuring in the depth of the fold, are still readily recognizable. Flexural psoriasis is most common in women and in the elderly, and is more common among HIV-infected individuals than uninfected ones. 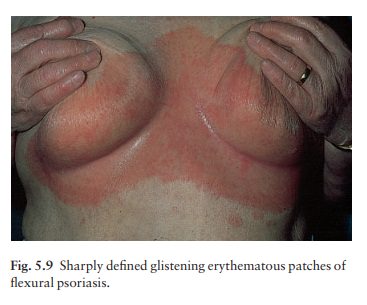 Palmar psoriasis may be hard to recognize as its lesions are often poorly demarcated and barely erythematous. The fingers may develop painful fissures.

A psoriasiform spread outside the napkin (nappy/ diaper) area may give the first clue to a psoriatic tendency in an infant (Fig. 5.10). Usually it clears quickly but there is an increased risk of ordinary psoriasis developing in later life. 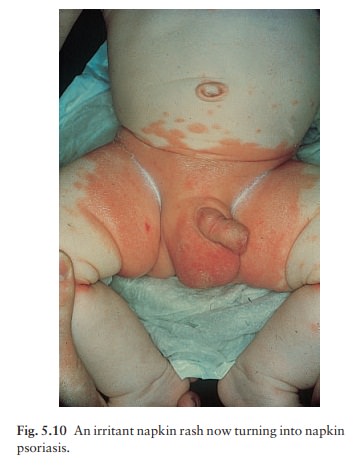 This is a recalcitrant, often painful condition which some regard as a separate entity. It affects the palms and soles, which become studded with numerous sterile pustules, 3–10 mm in diameter, lying on an erythematous base. The pustules change to brown macules or scales (Figs 5.11 and 5.12). Generalized pustular psoriasis is a rare but serious condition, with fever and recurrent episodes of pustulation within areas of erythema. 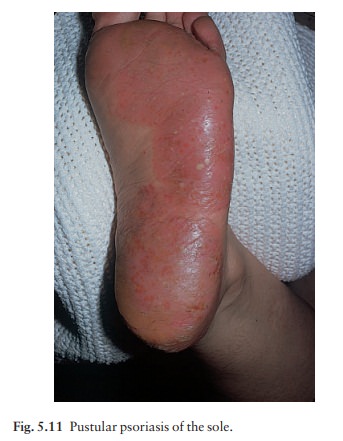 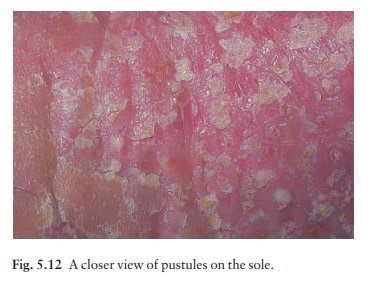 This is also rare and can be sparked off by the irritant effect of tar or dithranol, by a drug eruption or by the withdrawal of potent topical or systemic steroids. The skin becomes universally and uniformly red with variable scaling (Fig. 5.13). Malaise is accompanied by shivering and the skin feels hot and uncomfortable. 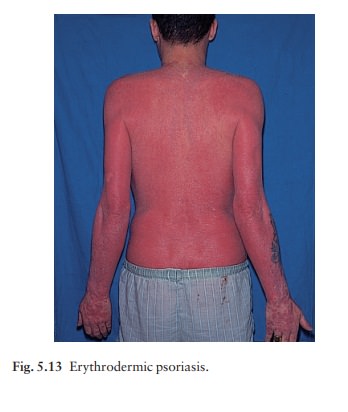