A. Choose the correct answer.

1. Uthaman was skilled in archery.

2. The old man was carrying gourds of oil.

a) gourds of oil

b) gourds of milk

a) a vegetable vender

b) an oil seller

4. The old man put a small coin on the mouth of the gourd.

a) a piece of paper

b) a small coin

B. Answer the following questions.

1. What did the archer want to show to the crowd?

The archer was good at archery. He wanted to show his feats of archery to the crowd.

2. Why did Uthaman become angry with the old man?

The old man did not admire the skill of Uthaman. He simply said that it was a matter of practice. So Uthaman became angry with the old man.

3. What did the oil seller perform?

4. What was the lesson learnt by Uthaman?

We can learn anything with years of practice. The skill we achieve is a matter of practice, 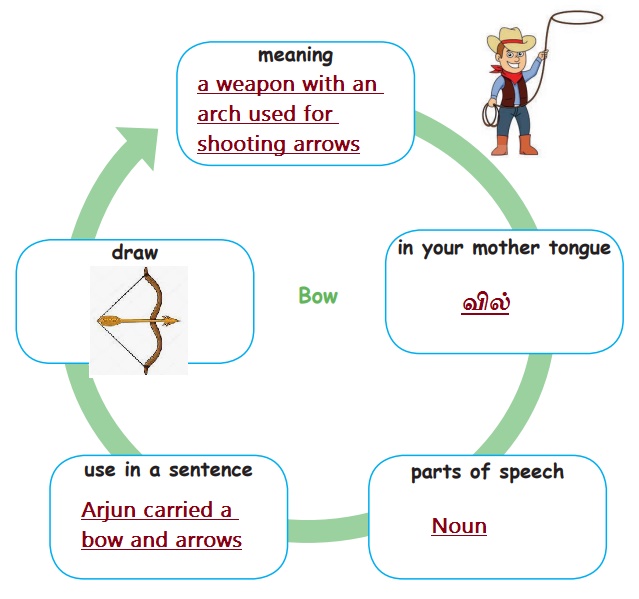 Bow : a weapon with an arch used for shooting arrows (வில்) : Arjun carried a bow and arrows (Noun)

I support the archer"

He was good at archery.

He was a good shooter

He shot the.arrow at the centre of the target.

I support the old man

He was good at filling oil.

He had the skill of concentration.

He filled the oil through a small hole without spilling.

Read the passage three times and colour a trophy for each time.

We had our annual sports day on the 15th of this month. It was fun. They decorated the school and the playground. There was the March past. The headmaster started the event. There were races, jumps and other events. Martin and I took part in 100 and 200 meters race. In 100 meters race, I came first. I got a gold medal. My friend Ravi got first in 200 meters. The girl’s team won the relay race. In the long jump, Rubesh won the first prize. He is in the sixth grade. Yasmin was the champion of the year. The events closed with a giving away the prizes.

Tick (✔) the champion of the year

Write the events won by these players. 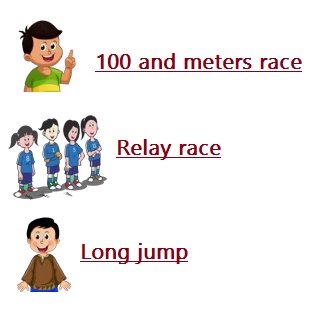 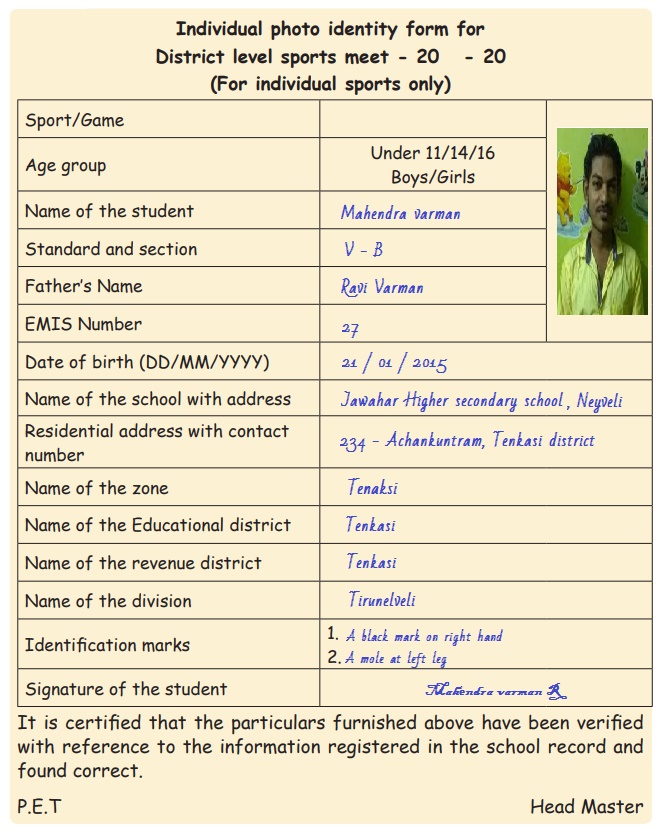 Note to the teacher: Give the same kind of application form for participating in state level open meet and add it to their Portfolio.

A. Answer the following. 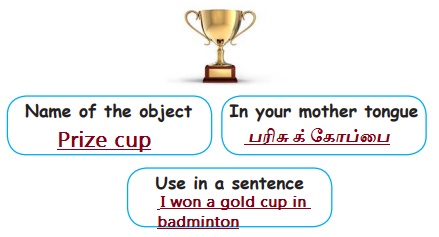 B. Write the words with same meaning for the following pictures.

C. Write the opposites for the following pictures.

D. Recite the poem ‘The Swimmer’.

1. I worked hard so I got promotion.

2. I was late because there was a heavy traffic. 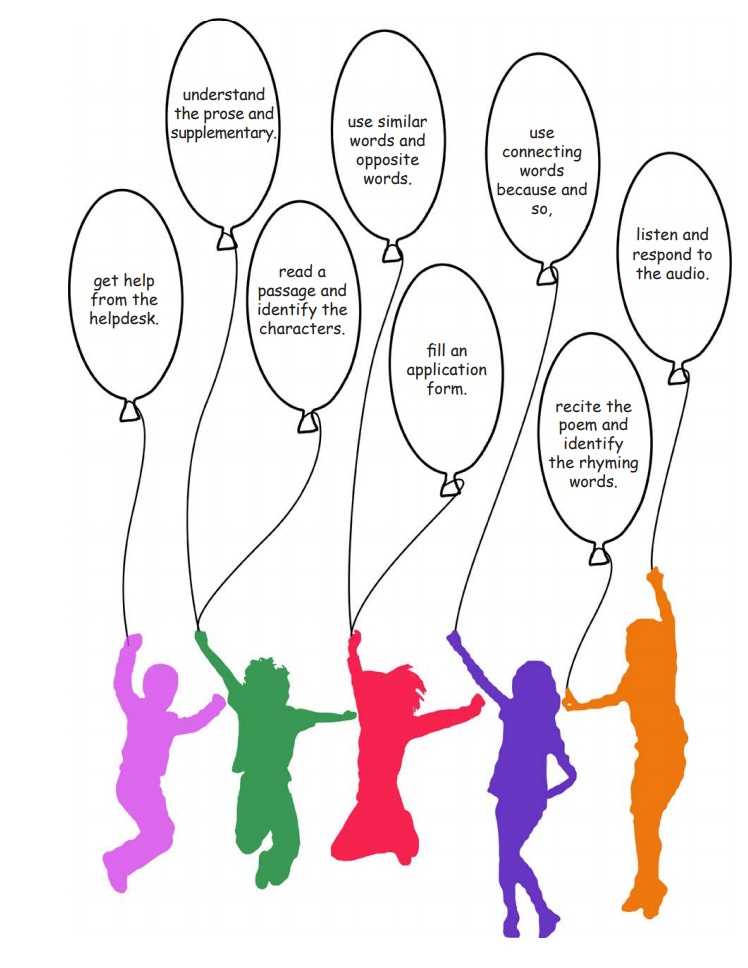