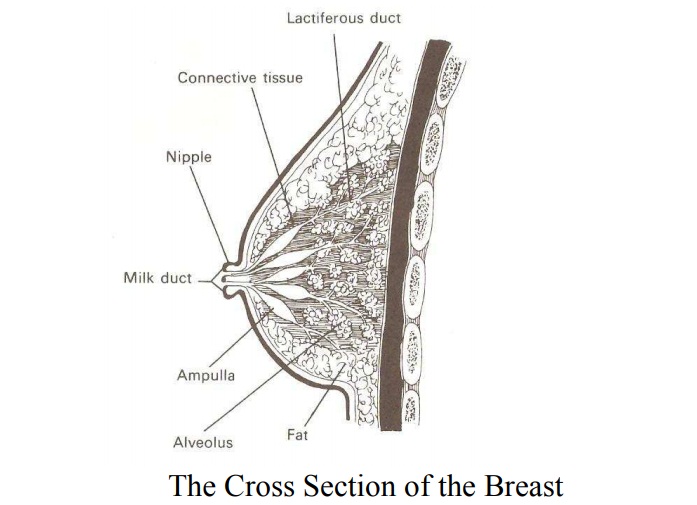 The two hormones responsible for lactation are prolactin and oxytocin. The process of lactation takes place in three stages: i. Production of milk ii. The flow of milk iii. Maintenance of milk

The two hormones responsible for lactation are prolactin and oxytocin. The process of lactation takes place in three stages:

Prolactin which is produced at the anterior pituitary gland is responsible for formation of milk. During pregnancy the action is suppressed by the high level of oestrogen in the

blood stream. But about the 3rd day of delivery, when the level of oestrogen falls, more prolacting is released into the blood stream and it acts on the cells of the aveoli to initiate lactation. As blood circulates through the breast essential substances are extracted by the acini cells of the elveolii and milk is produced. Prolactin suppresses ovulation & causes some women to remain anovulatory throughout period of lactation.

The flow of milk.

·              Neuro hormonal reflex; Neuroendocrine control. As the baby sucks, the rythmitic movement of the baby’s gum on the breast empties the ampulla and the large lactiferous ducts by contracting them. Milk is then forced towards the nipple then to the baby’s mouth through the milk ducts.

As the baby sucks, and draws the nipple and the areola into it’s mouth by closing it’s jaw and swallowing, milk flows from the Ampulla and the lower part of tactiferous duct. More milk flows from the upper part propelled by the basket cells which surround the alveoli until the breast is empty. The more the baby sucks, and empties the breasts, the more prolactin is released and the more milk that is produced. It is therefore important to empty the breast at each feed. Lactation is based on positive feedback mechanism. Prolactin is more important to initiation of lactation, while oxytocin is for production of milk. 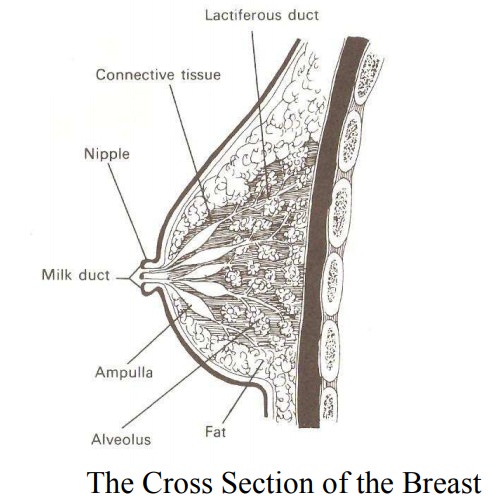