Phase Modulation (PM) is another form of angle modulation. PM and FM are closely related to each other. In both the cases, the total phase angle θ of the modulated signal varies.

In PM, the total phase of the modulated carrier changes due to the changes in the instantaneous phase of the carrier keeping the frequency of the carrier signal constant. These two types of modulation schemes come under the category of angle modulation. However, PM is not as extensively used as FM. 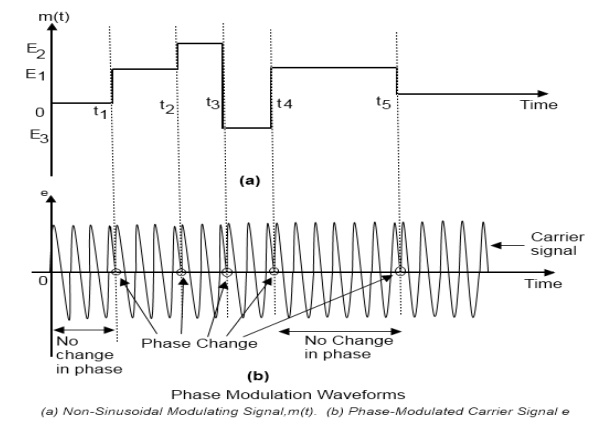 Where, kp is the constant of proportionality for phase modulation. Substituting Equation (1) in Equation (4), yon get:

In Equation (5), the factor, kpEm is defined as the modulation index, and is given as:

where, the subscript p signifies; that mp is the modulation index of the PM wave. Therefore, equation (5) becomes