Assessment of growth plays an important role in deciding whether a child may have an underlying genetic disorder.

Assessment of growth plays an important role in deciding whether a child may have an underlying genetic disorder. Measurements <0.4th centile or >99.6th centile nearly always merit further assessment, unless there is a clear explanation. Measurements between the 0.4th and 2nd centiles or 98th and 99.6th need to be interpreted in context and may be clinically significant. If in doubt, discuss with a senior colleague.

•   Approximately 60% of affected children have mutations in the gene NIPBL on chromosome 5p13.

•   Most girls have a single X chromosome (45, X), usually due to non-disjunction.

•   The phenotype can be very subtle and is easily missed, and so a chromosome analysis is usually offered to all girls with unexplained short stature.

• Genetically heterogeneous with at least 8 genes identified to date. In the majority of families inheritance is autosomal recessive.

• Caused by disruption to the paternally derived imprinted domain on 15q11–13.

• Babies are floppy with feeding difficulties and may fail to thrive in infancy. There is rapid weight gain between the ages of 1 and 6yrs.

• Older children have truncal obesity, mild/moderate learning difficulties, and short stature. Typically children have an insatiable appetite with food-foraging and other behavioural problems.

• Genetic basis is complex; it is caused by disruption of the imprinted region on chromosome 11p15.

• Neonates are at risk for severe hypoglycaemia and should be monitored closely.

• Macrosomia continues through early childhood and then becomes less dramatic with increasing age.

• Some children with BWS are at increased risk for Wilms’ tumour.

• In 750% diagnosis can be confirmed by molecular genetic testing. Uniparental disomy 11p15 analysis requires blood testing of child and both parents.

• Due to mutation or deletion in the NSD1 gene on chromosome 5q35. Most are isolated de novo mutations but familial cases do occur.

Characterized by prenatal overgrowth (birth weight 74200g in males; 74000g in females), which persists in childhood, especially through the pre-school years. Final adult height is often in the upper normal range. OFC is also increased and bone age is advanced. Affected children typi-cally have a tall skull with a prominent broad forehead and pointed chin. Developmental delay is almost always present, but varies from mild to severe. Some children have seizures. 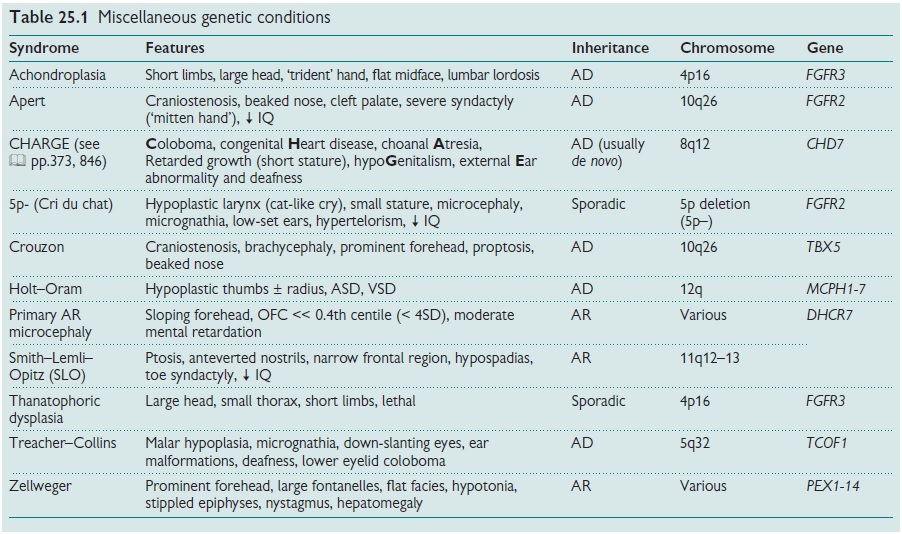 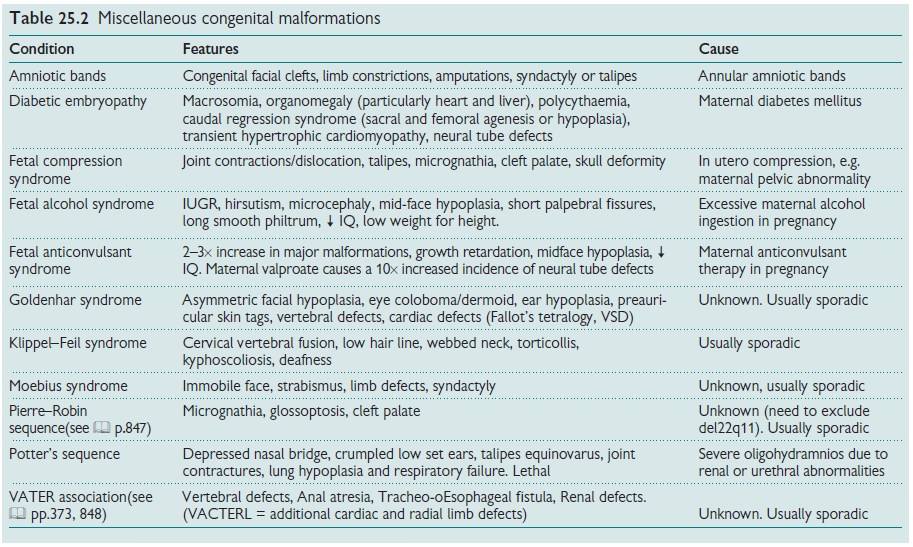