It is a device which consists of a p and n regions separated by a lightly doped intrinsic region.

It is a device which consists of a p and n regions separated by a lightly doped intrinsic region.

The cross-sectional view of p-i-n photodiode is as shown. 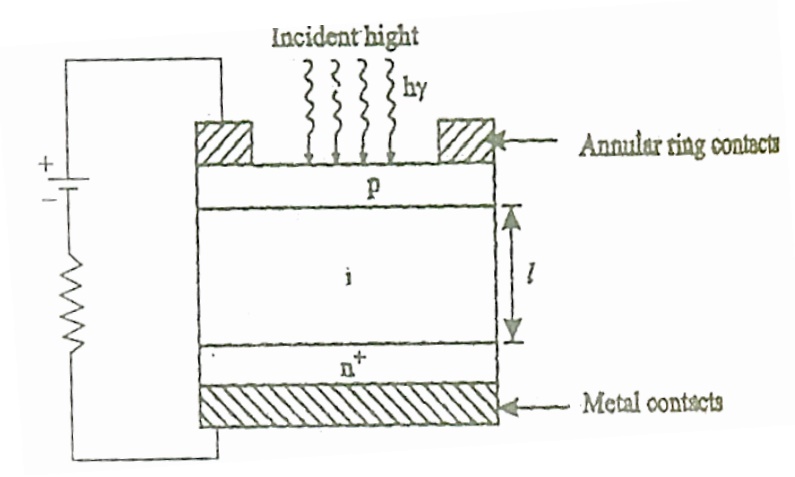 A sufficiently large reverse bias is applied across the device. When an incident photon has energy greater than or equal to the band gap energy of the semiconductor material, an electron excites from valence band to conduction band.

These carriers are mainly generated in the depletion region where most of the incident light is absorbed.

The high electric filed present in the depletion region causes the carriers to separate and be collected across the reverse biased junction. This gives rise to a current flow in the external circuit.

An avalanche photodiode is more sophisticated than a p-i-n diode and it incorporates internal gain mechanism. So the photo-electric current is amplified within the detector.

This device is a reverse biased p-n junction that is operated at voltage close to the breakdown voltage. 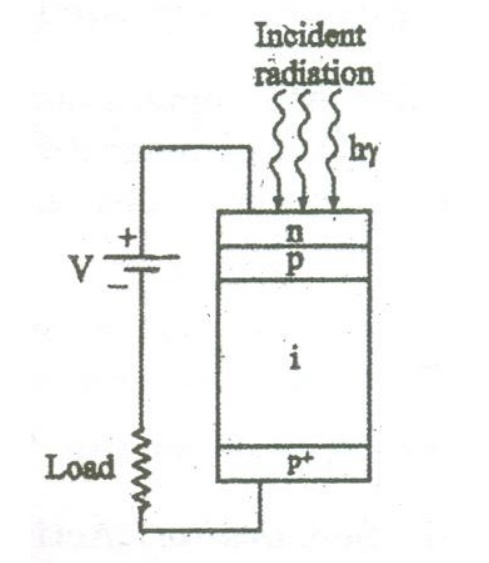 The electron and hole pairs are generated in the depletion layer acquire sufficient energy from the field to liberate secondary electrons and holes with in the layer by impact ionization.