Nuts are very important in our diet.

Nuts are very important in our diet. They are a concentrated source of energy. They give us great energy boosts and provide our body with plenty of antioxidants, vitamins and minerals. Most of the fats contained in nuts are healthy fats like Omega 3 and other monosaturated and polyunsaturated fats (MUFA and PUFA). Groundnut, cashew nut, coconut and almonds are the nuts commonly used in India.

A wide variety of nuts are available throughout the year. They can also be stored for a long period of time. Certain nuts like almonds, pistachio, walnuts and cashew nuts are used in sweets and desserts while groundnuts and coconuts are used as oil source.

Groundnuts are a very rich source of protein and fat. They are exceptionally rich in Niacin, a B- complex vitamin. Groundnut is called the ‘king’ of oilseeds. It is one of the most important food item and cash crops of our country. Besides being a valuable source of all the nutrients, it is a low priced commodity. Groundnut is also called as “wonder nut” and poor man’s “cashew nut”. 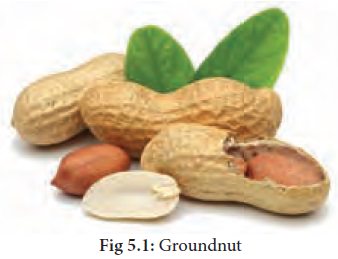 ·         Groundnuts contain more protein than meat and two and a half times more than in eggs.

·         In addition to protein, groundnuts are a good source of calcium, phosphorus, iron and zinc.

Role of groundnut in cookery

2.  Groundnuts are boiled or roasted and consumed.

3.  It is also used in the preparation of peanut butter.

4.  The chief product is the oil which can be used for cooking.

5.  The cake left after the oil is extracted , purified and used as a supplementary mix.

·         One ounze of cashewnut contains 5 grams of protein and high levels of essential minerals such as iron, magnesium, phosphorus, zinc, copper and manganese, which are good for health. 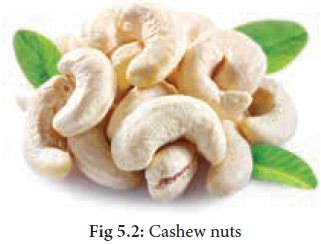 ·         Cashew oil contains anti-bacterial properties that help our body to build up the immune system and fight against various infections and diseases.

·         It also enhances the eye sight alongside lessening irritation.

Role of cashew nuts in cookery

1.  Sweet can be made from cashew nuts.

2. Whether roasted, salted, sugared or covered in chocolate, cashew nuts are often used as a flavour complement to appetizers, main dishes and deserts.

The coconut palm (Cocos nucifera linn) is one of the most useful palms in the world. Every part of the tree is useful for human for some purpose or the other. Therefore, the coconut palm is also called as ‘Kalpavriksha’ meaning "the tree of heaven".

The white kernel of coconut is rich in calories though not a very good source of protein. It is extensively used in cookery in Tamil Nadu and Kerala. The white kernel when dried is called copra and has a high content of oil. 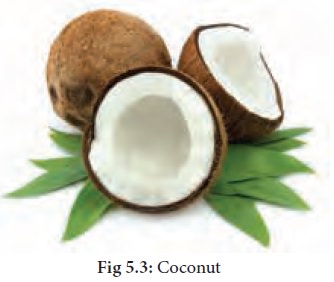 Role of coconut in cookery

1.  Kernel is ground and are used as thickening agent. In the preparation of curries, chutneys, sweets and puddings.

3.  Coconut dried and made into flour is used in bakeries.

4.  Coconut oil is used as a medium of cooking. 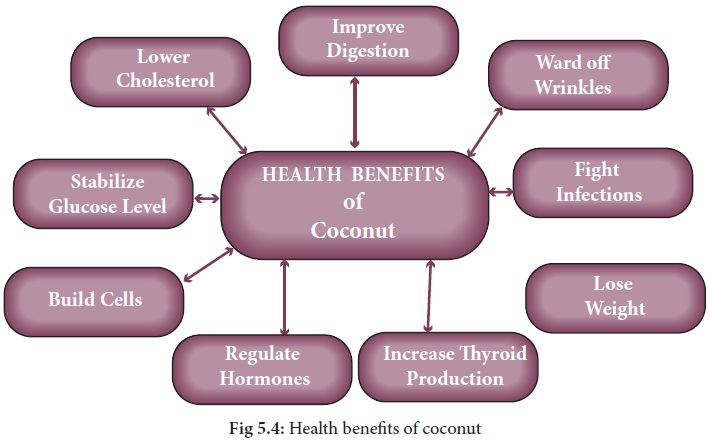 Coconut is used for its strong antioxidant properties and health benefits.

Almonds are Badam are concentrated source of energy as they have 60 percent fat. Almonds have 20 percent protein like pulses. Like other nuts, carbohydrate content is low. 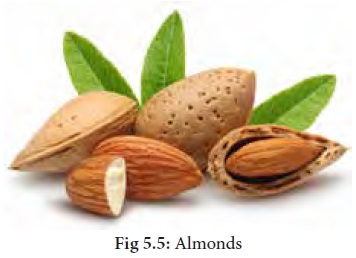 1.      Almonds are used in the preparation of badam milk and sweets.

2.      It is a rich source of protein that are not of high biological value.

3.      Almonds are an excellent source of vitamin E, an antioxidant.

4.      It reduces the heart disease by reducing LDL (bad) cholesterol.