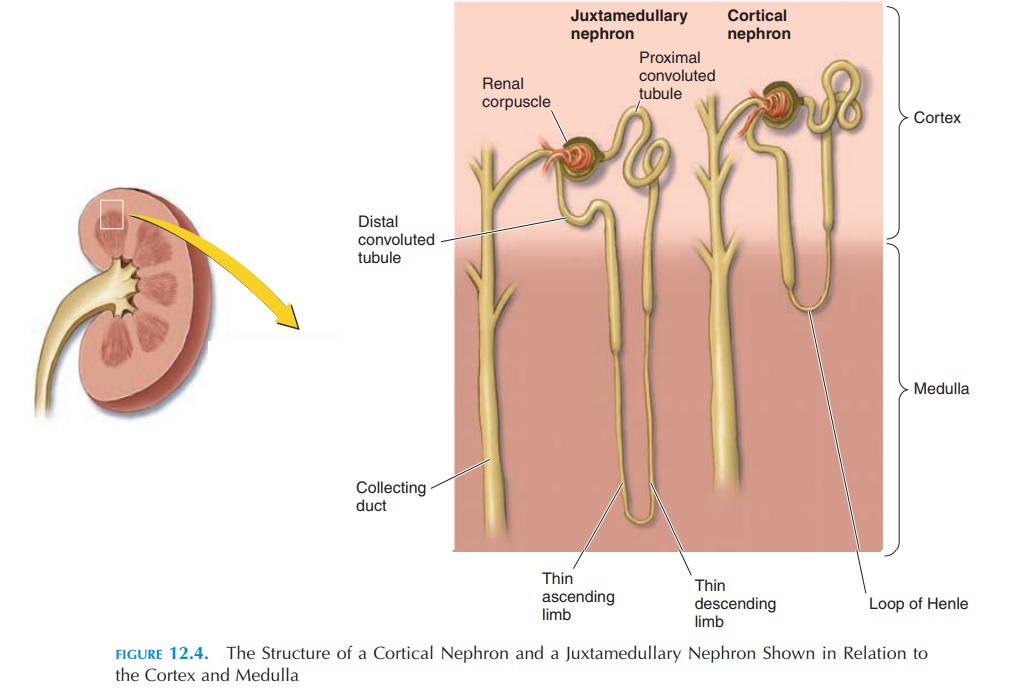 Each kidney is made up of about 1.25 million tubu-lar, microscopic structures known as the nephrons.

Each kidney is made up of about 1.25 million tubu-lar, microscopic structures known as the nephrons (see Figure 12.4). The nephrons are the functional units of the kidney. These nephrons, if laid end to end, would extend about 145 kilometers.

Study of the nephron structure is required to un-derstand the process of urine formation. Each nephron can be considered to be a long tube with one end closed. Imagine the closed end of the tube to be dilated and indented to form a cup. 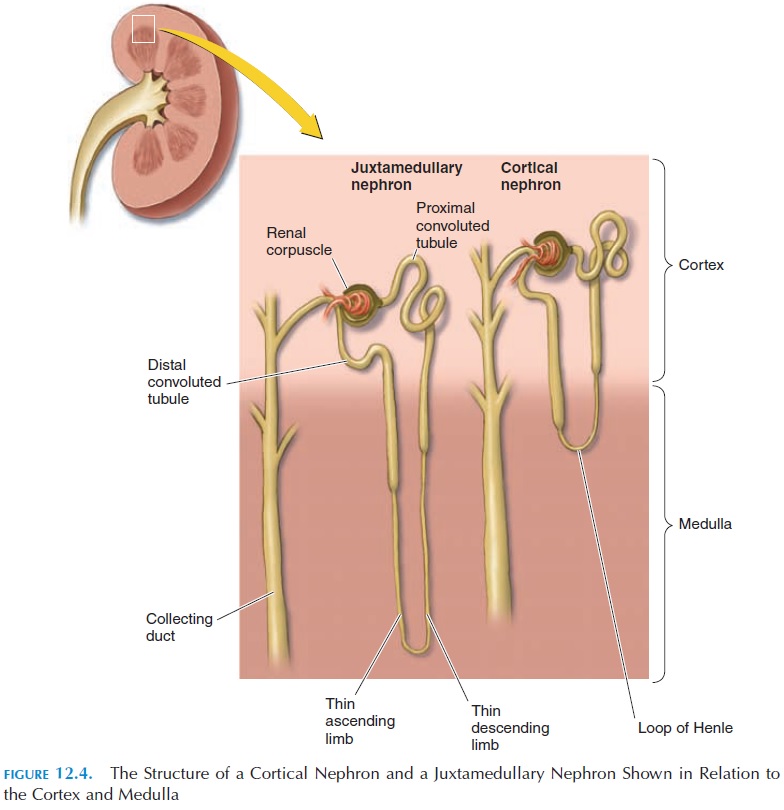 The glomerular capsule is a double-walled sac. The outer (parietal) wall is continuous with the inner (vis- ceral) wall where the blood vessels enter. The cavity between the two layers is continuous with the lumen of the tubule. The outer and inner walls are made up of a single layer of epithelium. The visceral layer of the capsule is in close contact with the capillary en-dothelium and consists of modified epithelial cells (podocytes), with footlike processes known as pedicels. The pedicels wrap around the capillary en-dothelial cells and the slits between the pedicels (fil-tration slits) covered by a membrane (slit mem-brane), permitting the passage of small molecules.

The capillary endothelium is leaky, and the en-dothelial cells contain large pores or fenestrations. These two layers (the visceral layer of the glomerular capsule and the capillary endothelium), together with the basement membrane and the gelatinous, glyco-protein matrix between them, filter those specific substances from the blood that enter the lumen of the tubule. This filter, known as thefiltration membrane or the endothelial-capsular membrane (see Figure 12.5), allows water and solutes from the plasma to pass through. However, it does not allow large struc-tures such as proteins. 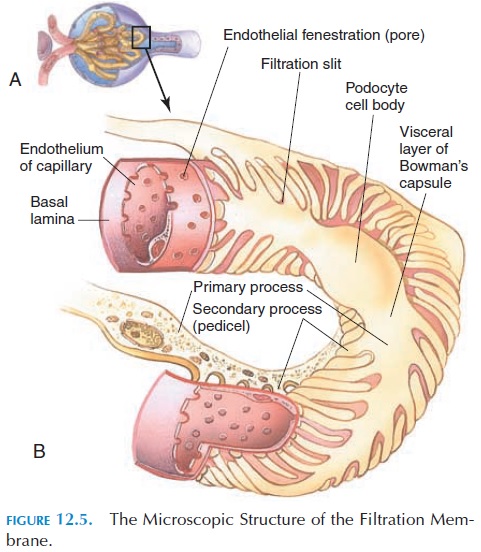 The renal tubule is arranged in the cortex and medulla of the kidney in a specific way (Figure 12.4). Most renal corpuscles are located in the renal cortex. Soon after it forms the glomerular capsule, the tubule becomes coiled—the proximal convoluted tubule.

The distal convoluted tubule comes in close contact with its own glomerulus before it joins a larger duct, the collecting duct. The collecting duct collects urine from many different nephrons. This duct descends into the medulla and opens at the apex of the papilla, emptying the urine into the calyces.

The urine collected from all the nephrons travels, via the pelvis, into the ureter and then into the uri-nary bladder, where it is temporarily stored until it is emptied in a convenient location and time. This urine is different from the filtrate that is originally present in the renal corpuscle.