A multiplexer (MUX) is a digital switch which connects data from one of n sources to the output.

A multiplexer (MUX) is a digital switch which connects data from one of n sources to the output. A number of select inputs determine which data source is connected to the output. The block diagram of MUX with n data sources of b bits wide and s bits wide select line is shown in below figure. 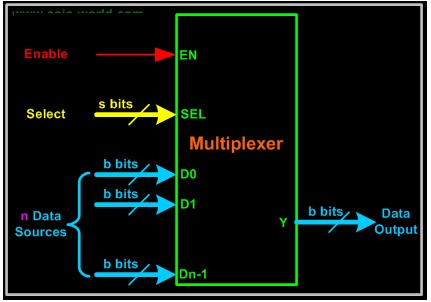 MUX acts like a digitally controlled multi-position switch where the binary code applied to the select inputs controls the input source that will be switched on to the output as shown in the figure below. At any given point of time only one input gets selected and is connected to output, based on the select input signal.

The operation of a multiplexer can be better explained using a mechanical switch as shown in the figure below. This rotary switch can touch any of the inputs, which is connected to the output. As you can see at any given point of time only one input gets transferred to output.

A 2 to 1 line multiplexer is shown in figure below, each 2 input lines A to B is applied to one input of an AND gate. Selection lines S are decoded to select a particular AND gate. The truth table for the 2:1 mux is given in the table below. 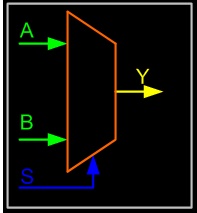 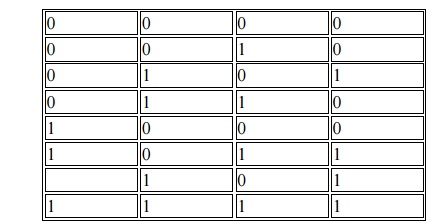 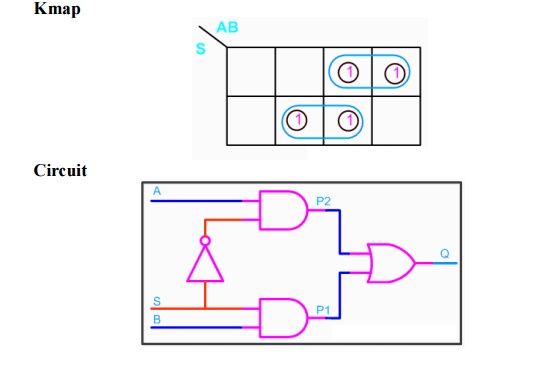 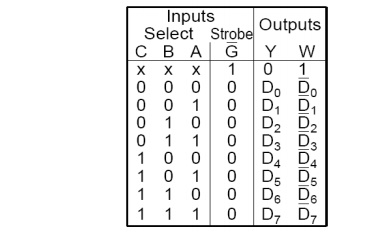 8-to-1 multiplexer from Smaller MUX 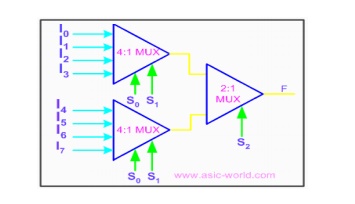 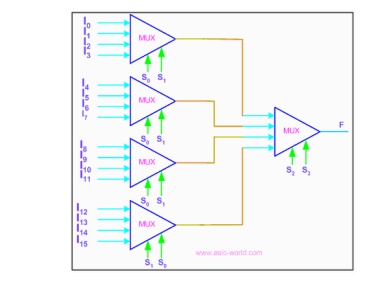 There is 1 output of 4 bits

There is 1 select signal

When 1 input is selected, the whole group of 4 bits goes to the output 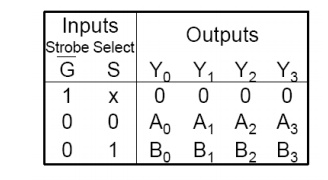 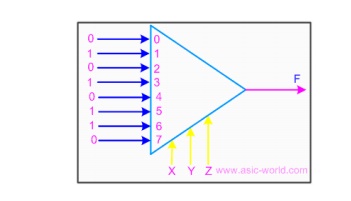 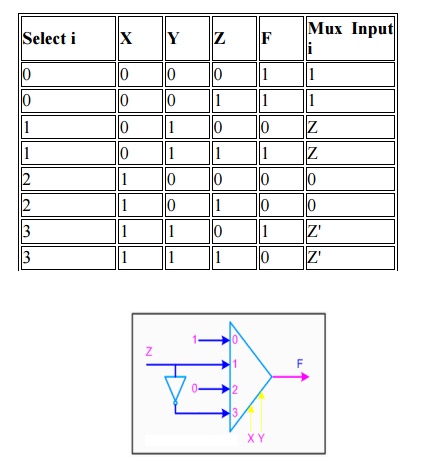 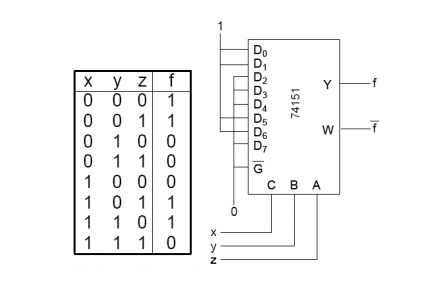