To meet the food requirements of evergrowing population of India , the available cultivation land (about 143 Mha) should be intensively cropped.

To meet the food requirements of evergrowing population of India , the available cultivation land (about 143 Mha) should be intensively cropped. This can be achieved by multiple cropping which increases agricultural production per unit are of cultivated land in a year with a available resource in a given environment. There are two form of multiple cropping.

Table: Salient details of some crops of north India (Plains) 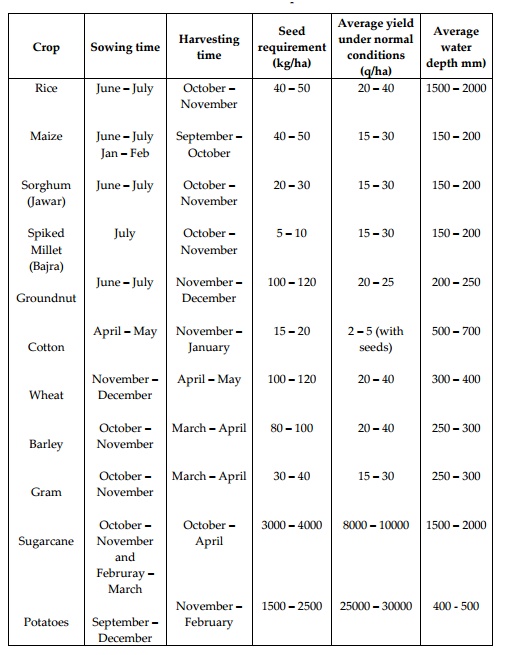 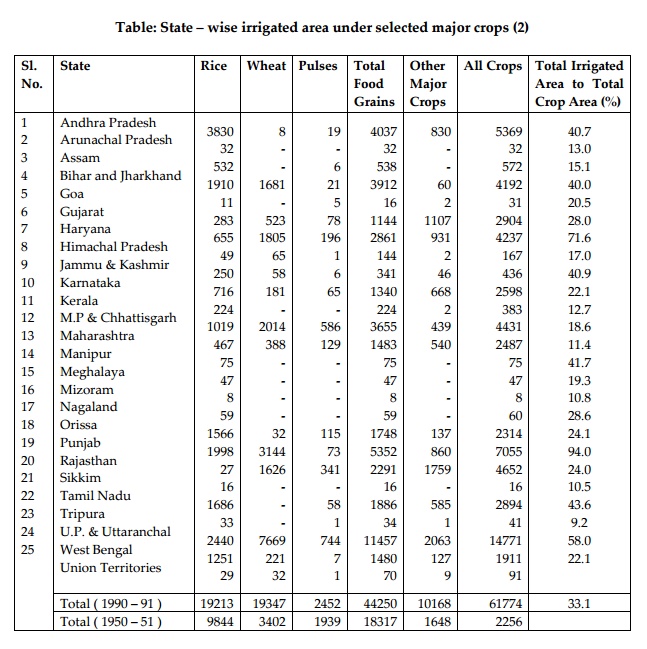 Choice of a suitable cropping pattern for an area is dependent mainly on the characteristics and climatic conditions of the area. From the considerations of management canal supplies, it is important to arrive at a cropping pattern which could be sustainable by the available water and also maximize economic benefits for the people of that area. For this purpose the systems approach is very useful. Parameters, such as self sufficiency for the area in stapes food and fodder, use of a diversified pattern to reduce risks of failure, problems related storage and marketing particularly for perishable crops, reasonably uniform demand of water all through the year, and the preferences of the local farmers are always incorporated in the analysis.

Hybrid is an offspring of a parents belonging to different characteristic groups of the same genet group. Plant and animal breeders have developed special techniques for producing hybrids artificially in laboratories, zoos, and farms.

Hybrids generally tend to be sterile. Even if they can produce, the first generation off spring may resemble their parents but next generation may not. The second generation usually shows different combination of the characteristics of the original crossbred parents.

Growing of a crop with ŌĆ'hybrid seeds is called hybrid cropping. The hybrid seeds may unite the desirable traits of both parents. For example, a gardener may cross breed a ornamental large flower with a sweet ŌĆ'smelling variety to produce a hybrid variety of large aromatic flowers.

The hybrid seeds have what is called hybrid vigour i.e., they generally tend to be large faster ŌĆ'growing and healthier than their parent. This fact has been exploited commercially the cultivation of corn (maize), Potatoes, cotton, and several varieties of flowers. However, the hybrid seeds are very costly and, therefore, cannot be adopted on a mass scale in the counter. Hybrid seeds, however, appear more promising for glasshouse cultivation of plants.