In 1913, the English Physicist Henry Moseley, through his X-ray diffraction experiments, proved that the properties of elements depend on the atomic number and not on the atomic mass. Consequently, the modern periodic table was prepared by arranging elements in the increasing order of their atomic number. 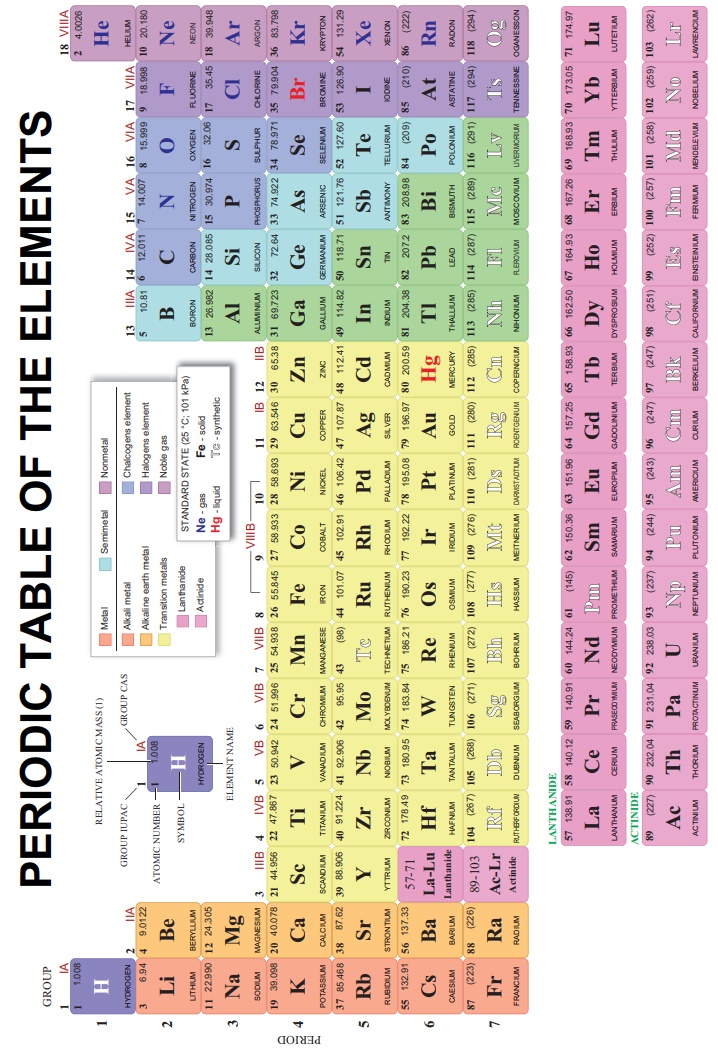 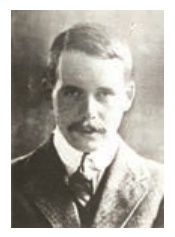 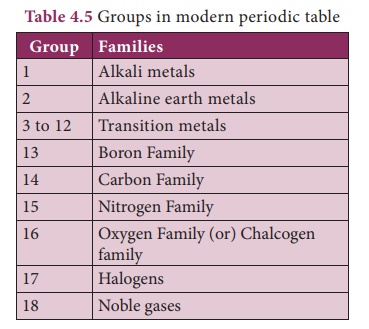 ·           Based on the physical and chemical properties of elements, they are grouped into various families.

3. Classification of elements into blocks in Modern Periodic Table

Based on the arrangement of electrons in subshells, the elements of periodic table are classi ed into four blocks as shown in Table 4.6

While arranging the electrons of elements of group 1 and 2, the last electron is added to s subshell. ese elements are called s-block elements. The elements of group 1 (except hydrogen) are metals. ey react with water to form solutions that change the colour of a vegetable dye from red to blue. ese solutions are said to be highly alkaline or basic. Hence they are called alkali metals.

The elements of group 2 are also metals. ey combine with oxygen to form oxides, formerly called "earths," and these oxides produce alkaline solutions when they are dissolved in water. Hence, these elements are called alkaline earth metals.

The last electron in these elements is lled in p subshells and hence these elements are called p block elements. ese elements are in group 13 to 18 in the periodic table. ey include boron, carbon, nitrogen, oxygen, uorine families in addition to noble gases (Except helium). The p-block is home to the biggest variety of elements and is the only block that contains all three types of elements: metals, nonmetals, and metalloids.

e elements of group 3 to 12 have their valence electrons in their outermost d subshells. ese elements are called d block elements. ey are found in the centre of the periodic table. eir properties are intermediate to that of s block and p block elements and so they are called transition elements.

4. Advantages of the Modern Periodic Table

·           It correlates the position of the element with its electronic configuration more clearly.

·           The completion of each period is more logical. In a period, as the atomic number increases, the energy shells are gradually filled up until an inert gas configuration is reached.

·           Each group is an independent group and the idea of subgroups has been discarded.

·           One position for all isotopes of an element is justified, since the isotopes have the same atomic number.

·           The table completely separates metals from nonmetals. The nonmetals are present in upper right corners of the periodic table.

·           The positions of certain elements which were earlier misfit (interchanged) in the Mendeleev’s periodic table are now justified because it is based on atomic number of the elements.

·           Justification has been offered for placing lanthanides and actinides at the bottom of the periodic table.

5. Position of Hydrogen in the periodic table:

In the periodic table, it is placed at the top of the alkali metals.

Hence the position of hydrogen in the modern periodic table is still under debate as the properties of hydrogen are unique.

These gases are chemically inert or non-reactive in nature because they have stable electronic structures which are very difficult to change.

Though they are found rare, they have many uses.

·           Argon gas is filled in electrical bulbs to prevent evaporation of the filament. 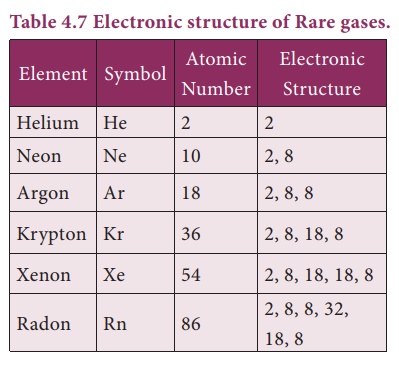