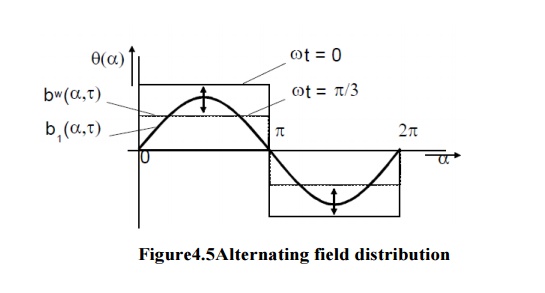 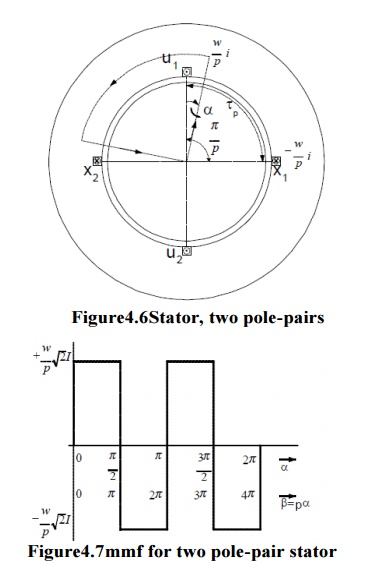 The fundamental wave of the square-wave function (Figure. 131 etc.) can be determined byFourier analysis. This results in an infinite count of single waves of odd ordinal numbers andanti-proportional decreasing amplitude with ordinary numbers. The amplitudes offundamental waves and harmonics show proportional dependency to the current, zerocrossings remain the same. These are called standing wave. The existence of harmonics isto be attributed to the spatialdistributions of the windings.The generating current is ofpure sinusoidal form, notcontaining harmonics. it necessarily needs to be distinguished between

Most simple arrangement of a three-phase stator consist of:

2. The number of pole pairs is p=1 in Fig.138. In case of p>1, the configuration repeats p-times along the circumference. 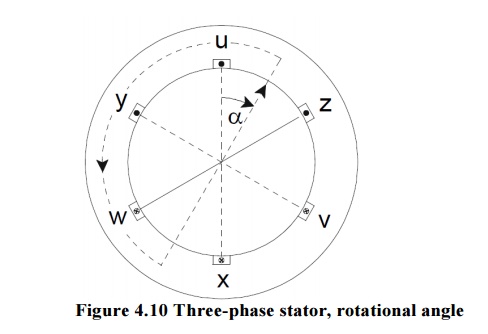 ·                    total mmf is shaped like a staircase step function, being constant between the slots. At slot edges, with slots assumed as being narrow, the total mmf changes about twice the amount of the slot mmf,the air gap field results from the total mmf