The body experiences two major metabolic states. The first is the absorptive state, the period immediately after a meal, when nutrientsare being absorbed through the intestinal wall into the circulatory and lymphatic systems.

The body experiences two major metabolic states. The first is the absorptive state, the period immediately after a meal, when nutrientsare being absorbed through the intestinal wall into the circulatory and lymphatic systems (figure 17.9). The absorptive state usually lasts about 4 hours after each meal, and most of the glucose that enters the circulation is used by cells for the energy they require. The remainder of the glucose is converted into glycogen or lipids. Most of the absorbed fats are deposited in adipose tissue. Many of the absorbed amino acids are used by cells in gene expression, and some are used for energy; still others enter the liver and are converted to lipids or carbohydrates. 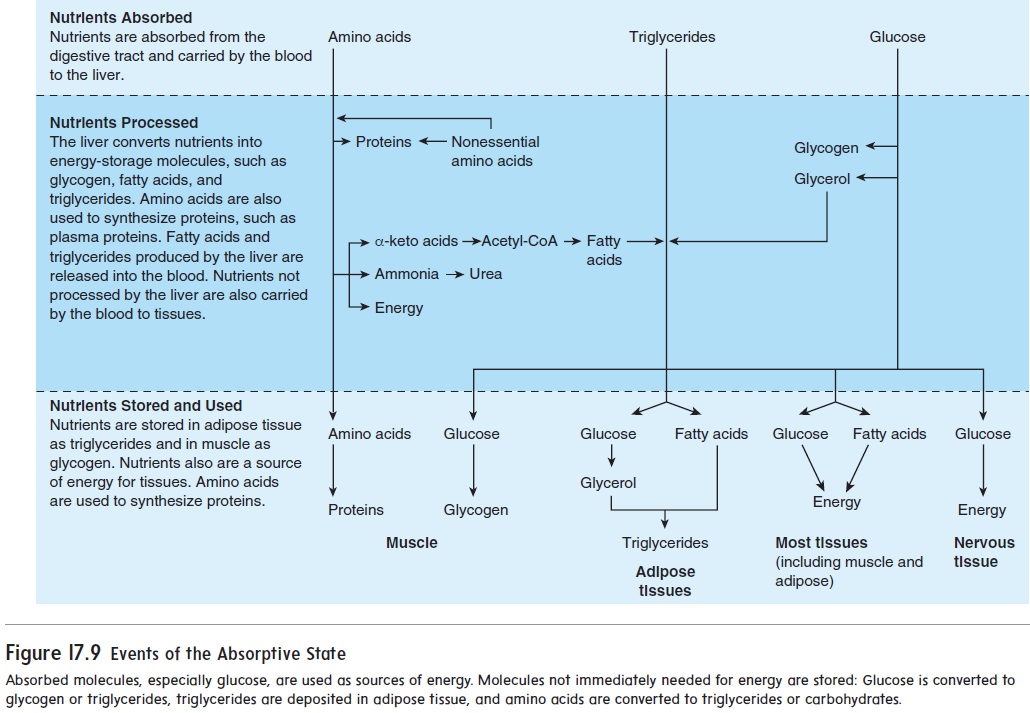 The second state, the postabsorptive state, occurs late in the morning, late in the afternoon, or during the night after each absorptive state is concluded (figure 17.10). Normal blood glucose levels range between 70 and 110 mg/dL, and it is vital to the body’s homeostasis that this range be maintained. During the postabsorp-tive state, blood glucose levels are maintained by the conversion of other molecules to glucose. The first source of blood glucose during the postabsorptive­ state is the glycogen stored in the liver. However, this glycogen­ supply can provide glucose for only about four hours. The glycogen stored in skeletal muscles can also be used during vigorous exercise. As the glycogen stores are depleted, the body uses lipids as an energy source. The glycerol from triglyceridescan be converted to glucose. The fatty acids can be converted to acetyl-CoA, moved into the citric acid cycle, and used as a source of energy to produce ATP. In the liver, acetyl-CoA can be used to produce ketone bodies that other tissues can use for energy. The use of fatty acids as an energy source can partly eliminate the need to use glucose for energy, so that less glucose is removed from the blood and homeostasis is maintained. The amino acids of proteins can be converted to glucose or can be used to produce energy, again sparing blood glucose­. 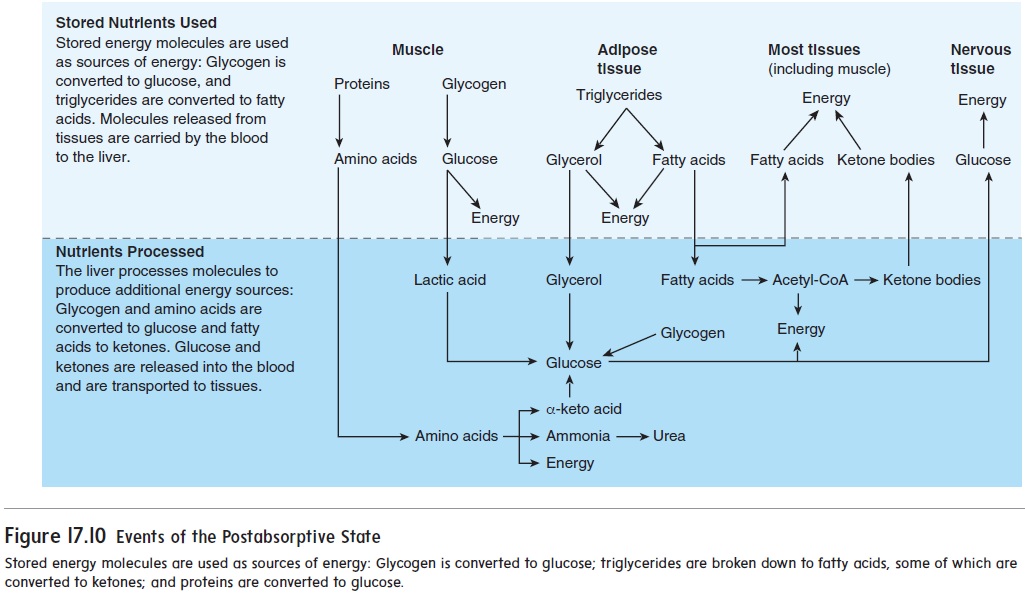