In bacteria, once the sigma subunit of RNA polymerase recognizes the –10 and –35 regions, the core enzyme forms a transcription bubble where the two DNA strands are separated from each other. 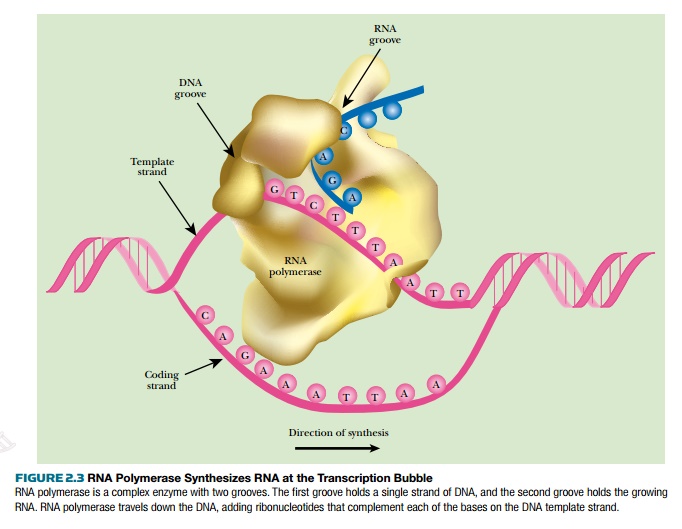 RNA synthesis normally starts at a purine (normally an A) in the DNA that is flanked by two pyrimidines. The most typical start sequence is CAT, but sometimes the A is replaced with a G. The rate of elongation is about 40 nucleotides per second, which is much slower than replication (∼1000 bp/sec). RNA polymerase unwinds the DNA and creates positive supercoils as it travels down the DNA strand. Behind RNA polymerase, the DNA is partially unwound and has surplus negative supercoils. Just as during replication, DNA gyrase and topoisomerase I either insert or remove negative supercoils, respectively, returning the DNA back to its normal level of supercoiling.

RNA polymerase makes a copy of the gene using the noncoding or template strand of DNA. The RNA has uracils instead of thymines.