Local Self Governments since Independence

The conceptualisation of the system of local self-government in India took place through the formation and effort of four important committees from the year 1957 to 1986.

Local Self Governments since Independence

The conceptualisation of the system of local self-government in India took place through the formation and effort of four important committees from the year 1957 to 1986. The Community Development Programme (1952) and National Extension Service (1953) became a basis for 'The Great Charter on Panchayat Raj' in 1957.

Salient Features of the 73rd and 74th Constitution Amendment Acts (1992)

·              Panchayats and Minicipalities will be 'institutions of self-government'. 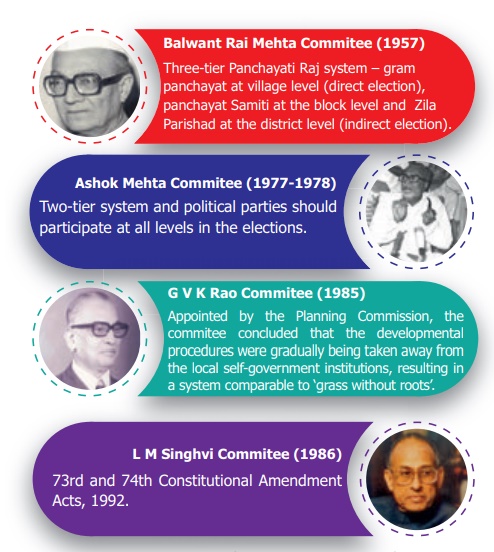 ·              Three-tier system of panchayats at village, intermediate block/taluk/mandal and district levels. Two-tier for smaller states with population below 2 million.

·              Seats reserved for Scheduled Castes (SCs) and chairpersons of the Panchayats at all levels also shall be reserved for SCs and STs in proportion to their population.

·              Uniform five year term and elections to constitute new bodies to be completed before the expiry of the term. In the event of dissolution, elections must be held compulsorily within six months.

The New Panchayati Raj System came into being in Tamil Nadu after the enactment of a new law for local body institutions in the year 1994. The salient features of the new Act are as follows: (a) A three-tier system (b) Gram Sabha (c) Establishment of Election Commission (d) Constitution of Finance Commission (e) Reservation of seats for SC/ST’s proportionate to their population One third reservation of seats for women and (g) Constitution of District Planning Committees.

Local governments which are function in villages are called Village Panchayats. The President and ward members are directly elected by the people. (Those who have attained the age above 18) and their term of office is five years. District Collector act as the Inspector of Village Panchayat. Village Panchayats are constituted in each and every village wherever the population is above 500.

Functions of the Village Panchayat

Historical Origin and Development of Local Self Government in Tamil Nadu

Tamil Nadu has a long history of local self-governance as is evident from the Uthiramerur stone inscriptions in Kanchipuram District. 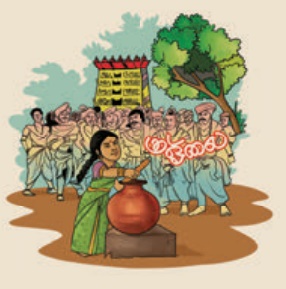 Tamil Nadu, in those days was a land of village republics, with community groups undertaking many activities for their area development. This tradition reached its peak during the 10th and 11th centuries under the reign of Cholas when Village Councils used to levy taxes, improve community life andadminister justice in their limited area. These Village Councils had effective links with the Chola rulers. “Kuda Olai Murai” was the name of the secret ballot method exercised to elect members to the Village Councils. With the downfall of Cholas, the state experienced a decline of the village autonomy and rise of the centralized feudal administrative system. This continued till British rules introduced local self-governance primarily as an administrative convenien colonial British Government. 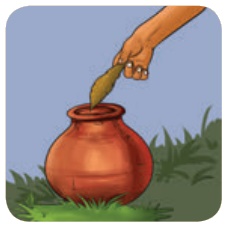 In the post independence era, the fir t enactment in democratic decentralization in the state was the Madras Village Panchayats Act, 1950. Pursuant to the White Paper on the 'Reform of Local Administration' in 1957, the Madras Panchayats Act, 1958 and Madras District Development Council Act were enacted with the following salient features. 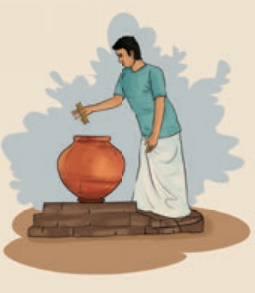 According to the Tamil Nadu Local Government Act passed in 1994, the following functions to be performed as voluntary functions by the local governments.

Go to the local government office in your village and know about the levying of taxes.

In each and every village, the people living within its jurisdiction will be the members of Panchayat. The President of the Panchayat will preside over its meetings. In the meeting of the Grama Sabha, the income and expenditure and the beneficiary of the schemes in the village are discussed. 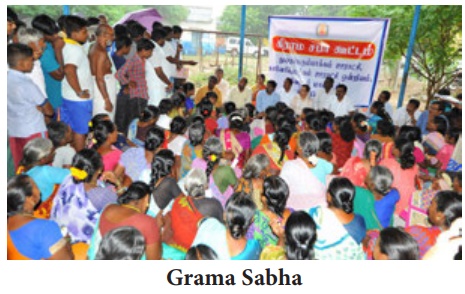 Meetings of the Grama Sabha are conducted four times a year 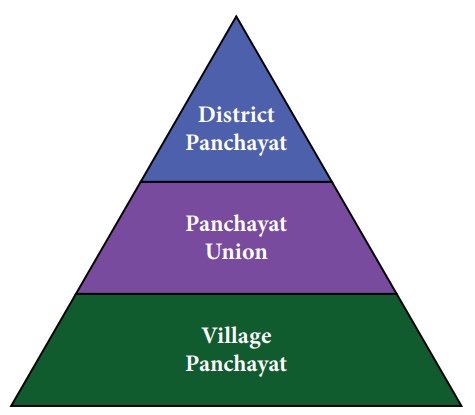 Functions of the Panchayat Union

Where will you report if street lights are not functioning and drinking water is not available in the tap in your village?

The district collector, Planning officer, concerned Block Development Officer are empowered to supervise the developmental functions of the Panchayat Union.

Gandhi really wanted ‘Swaraj’, the self rule by the people of India who represent the rural mass. He observed 'India’s soul lives in the village'. He dreamt of village republics in terms of Panchayat in free India. 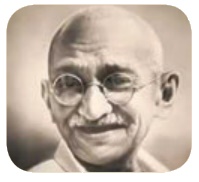 Mahatma Gandhi advocated Panchayat Raj, a decentralized form of government, where each village is responsible for its own affairs, as the foundation of India’s political system.

In simpler words, Gandhi’s ideal village should be basically self-reliant, making provision for all necessities of life-food clothing, clean water, sanitation, housing, education, and other requirements, including government and self-defense

The area where more than 10,000 people live is called a Town Panchayat. Members and President of the town Panchayat are directly elected by the people. There is an Executive Officer to look after the administration of the Town Panchayat and their term of office is 5 years.

The area where more than 1,00,000 people live is  called  a  Municipality. The Members and the Chairman of the Municipalities are directly elected by the people and their term of office is five years. A Municipal Commissioner is appointed by the government to administer the Municipality.

Municipal corporations are established in big cities where the city has many lakhs of population. The Municipal Commissioner is the Administrative Officer. The Mayor is the Chairman of the corporation. The term of office of the Mayor and other members is five years.

The Municipal Commissioner will be a person from the Indian Administrative Service (IAS). All the decisions of the Corporation Council will be implemented by him. He will be assisted by the office of the corporation.

Name the British Viceroy after whom the building of Chennai Corporation is name. 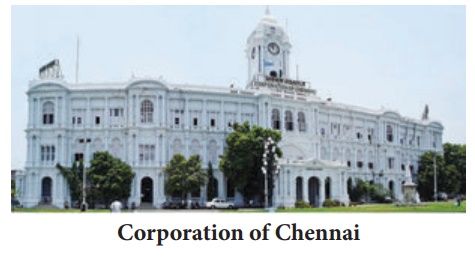 Important functions of the Mayor

Types of other Urban Panchayats

Elections to the local government in Tamil Nadu

The State Election Commission conducts the elections to the local government like general elections. The electoral roll is prepared ward wise. Seats are reserved for the SC & ST and also for the women in proportion to the population by rotation basis.

Problems and Challenges facing the Local Self Governments

•      Lack of clear demarcation of powers and functions of local bodies

•      Allocation of funds and needs assessment are not matched

•      Role of caste, class and religion in decision- making at the local self governments

Periyar E.V.Ramasamy became the Chairman of Erode  Municipality in 1917. During his tenure in Erode Munici p a li t y, Periyar worked effectively for Providing piped drinking water supply and health facilities to the people. Piped water supply scheme was implemented in 1919 by Periyar. This scheme was said to be first of kind in the history of Indian Municipal administration. 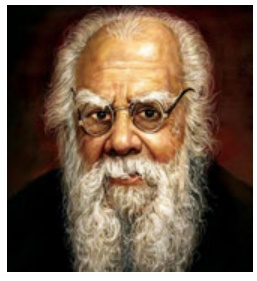 With permanent concrete houses built over a period, the village now has been declared as hut less village which provides continuous water supply, quality road networks to the residents. 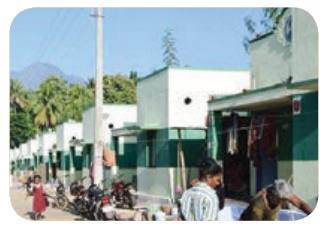 The most notable among Odanthurai's Self-help ventures is its experiments with renewable energy sources. By awaiting loan from the banks and subsidy by The Government, the village panchayat had installed a small wind tarn at the cost of Rs.2.3 Cr which generates around 7.5 lakh units of electricity in a year. While the Panchayat’s need is only 2.5 lakh units, the remaining power is sold to TANGEDCO, fetching an annual income of around R.s 20 lakh. Moreover the panchayat had installed a 9kw biomass gasifier Power generation system to substitute the grid electricity for pumping drinking water.

Solar based streetlight and biogas system connected to houses for cooking purpose are some of the highlights of the self-reliant in energy aspect by this model village panchayat, Odanthurai