Judiciary is the third organ of the government. It plays a vital role in protecting the rights and freedom of the citizens.

Judiciary is the third organ of the government. It plays a vital role in protecting the rights and freedom of the citizens.

The “Supreme Court is the Guardian of the Constitution”. Our judiciary is autonomous of the Legislative and Executive wing of the Union and State Government. An integrated judiciary means a single judicial hierarchy for the whole country. The judiciary plays an important role in defensive the rights and freedom of the citizens. It plays an important role in analyzing and interpreting the necessities of laws and the constitution 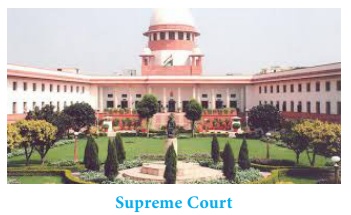 Composition of the Supreme Court

• He must be a citizen of India.

• He should have worked as a Judge of a High Court for at least 5 years.

• He should have worked as an advocate of High Court for at least 10 years.

• He is in the opinion of the President, a distinguished Jurist.

Powers and Functions of the Supreme Court

The Constitution confers on the President the power to refer to the Supreme Court any question of law or fact which in his opinion is of public importance.

• The law declared by Supreme Court is binding on all courts within the territory of India.

• The Supreme Court is authorized to make rules for regulating, generally the practice and procedure of the court with the approval of the President.

• Dispute between the Centre and the States

• To interpret and clarify a provision of the constitution about which there are some doubts and differences of opinion.

• Those laws passed by the legislatures which are not in accordance with the Constitution.