G. E. P. Box (1919-2013) was a Britsh Statistician was “one of the great statistical minds” of the 20th century, who received his Ph.D., from the University of London, under the supervision of E. S. Pearson. He served as President of Americal Statistical Association in 1978 and of the Institute of Mathematics in 1979. His name is associated with Box-Cox transformation in addition to Box-Jenkins models in time series. 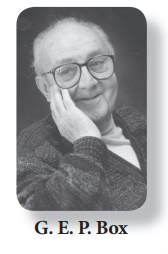 M. Jenkins (1932-1982) was a British Statistician, earned his Ph.D. degree from University College, London under the supervision of F. N. David and N. L. Johnson. He served on the Research Section Committee and Council of Royal Statistical Society in 1960’s. He was elected to the Institute of Mathematical Statitics 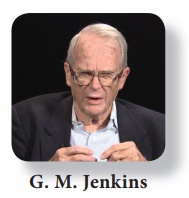 The students will be able to

In modern times we see data all around. The urge to evaluate the past and to peep into the future has made the need for forecasting. There are many factors which change with the passage of time. Sometimes sets of observations which vary with the passage of time and whose measurements made at equidistant points may be regarded as time series data. Statistical data which are collected, observed or recorded at successive intervals of time constitute time series data. In the study of time series, comparison of the past and the present data is made. It also compares two or more series at a time. The purpose of time series is to measure chronological variations in the observed data.

In an ever changing business and economic environment, it is necessary to have an idea about the probable future course of events. Analysis of relevant time series helps to achieve this, especially by facilitating future business forecasts. Such forecasts may serve as crucial inputs in deciding competitive strategies and planning growth initiatives.