Since the inception of economic reforms, Indian economy has achieved a remarkable rate of growth in industry and service sector.

Since the inception of economic reforms, Indian economy has achieved a remarkable rate of growth in industry and service sector. However, this growth process bypassed the agricultural sector, which showed sharp deceleration in the growth rate (3.62 percent during 1984/85 – 1995/96 to 1.97 percent in 1995/96 – 2004/05). The sector has recorded wide variations in yield and productivity and there was a shift towards cash crop cultivation. Moreover, agricultural indebtedness pushed several farming households into poverty and some of them resorted to extreme measures like suicides.

Agriculture in India is highly prone to risks like droughts and floods. It is necessary to protect the farmers from natural calamities and ensure their credit eligibility for the next season. For this purpose, the Government of India introduced many agricultural schemes throughout the country. 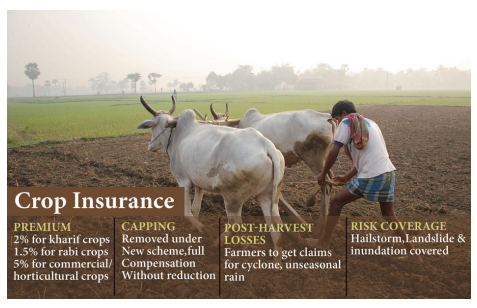 It envisages a uniform premium of only 2 percent to be paid byfarmers forKharif crops and 1.5 percent for Rabi crops. The premium for (annual) commercial and horticultural crops will be 5 percent.

India is the largest producer of fruits and second largest producer of vegetables in the world. In spite of that per capita availability of fruits and vegetables is quite low because of post harvest losses which account for about 25% to 30% of production. Besides, quality of a sizable quantity of produce also deteriorates by the time it reaches the consumer. Most of the problems relating to the marketing of fruits and vegetables can be traced to their perishability. Perishability is responsible for high marketing costs, market gluts, price fluctuations and other similar problems. In order to overcome this constraint, the Government of India and the Ministry of Agriculture promulgated an order known as “Cold Storage Order, 1964” under Section 3 of the Essential Commodities Act, 1955. However, the cold storage facility is still very poor and highly inadequate.

The annual value of harvest and post-harvest losses of major agricultural produce at national level was of the order of Rs.92,651 crores, calculated using production data of 2012-13 at 2014 and wholesale prices, estimated by the Indian Council of Agricultural Research (ICAR). 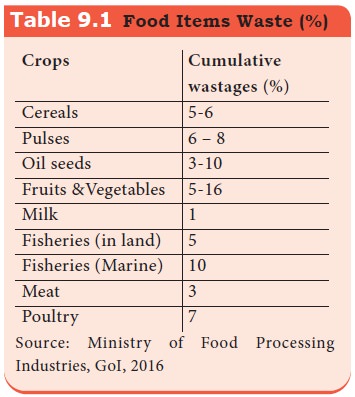 A Kisan Credit Card (KCC) is a credit delivery mechanism that is aimed at enabling farmers to have quick and timely access to affordable credit. It was launched in 1998 by the Reserve Bank of India and NABARD. The scheme aims to reduce farmer dependence on the informal banking sector for credit– which can be very expensive and suck them into a debt spiral. 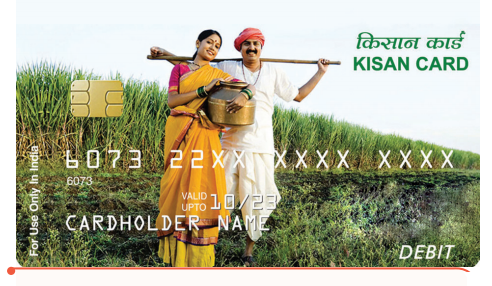 Scheme for Quality Assurance; Codex Standards; Research and Development and Other promotional activities.

Further, the GoI extended support to arrest post harvest losses of horticulture and non-horticulture produce and to provide integrated cold chain and preservation infrastructure facilities from the farm gate to the consumer or from the production site to the market since 2008-09. However, the improvement is not visible for it is not substantial.

Agricultural Produce Market Committee (APMC) is a statutory body constituted by state government in order to trade in agricultural or horticultural or livestock products.

Functions of APMC are:

1.        To promote public private partnership in the ambit of agricultural markets.

3.        To bring transparency in pricing system and transactions taking place in market in a transparent manner.

4.        To ensure payments to the farmers for the sale of agricultural produce on the same day.

6.        To display data on arrivals and rates of agricultural produce from time to time into the market.

a. High input Costs:The biggest input for farmers is seeds. Before liberalisation, farmers across the country had access to seeds from state government institutions. The institutions produced own seeds and were responsible for their quality and price. With liberalization, India’s seed market was opened up to global agribusinesses. Also, following the deregulation many state government institutions were closed down in 2003. These hit farmers doubly hard: seed prices shot up, and fake seeds made an appearance in a big way.

b. Cutback in agricultural subsidies: Farmers were encouraged to shift from growing a mixture of traditional crops to export oriented ‘cash crops’ like chill, cotton and tobacco. Liberalisation policies reduced the subsides on pesticide, fertilizer and elasticity. As a result prices have increased by 300%. However, the prices of agricultural goods have not increased to that extent.

c. Reduction of import duties: With a view to open India’s markets, the liberalization reforms also withdrew tariffs and duties on imports. By 2001, India completely removed restrictions on imports of almost 1,500 items including food. As a result, cheap imports flooded the market, pushing prices of crops like cotton and pepper down.

d. Paucity of credit facilities: After 1991 the lending pattern of commercial banks, including nationalised bank drastically changed. As a result, loan was not easily adequate. This has forced the farmers to rely on moneylenders who charge exorbitant rate of interest.