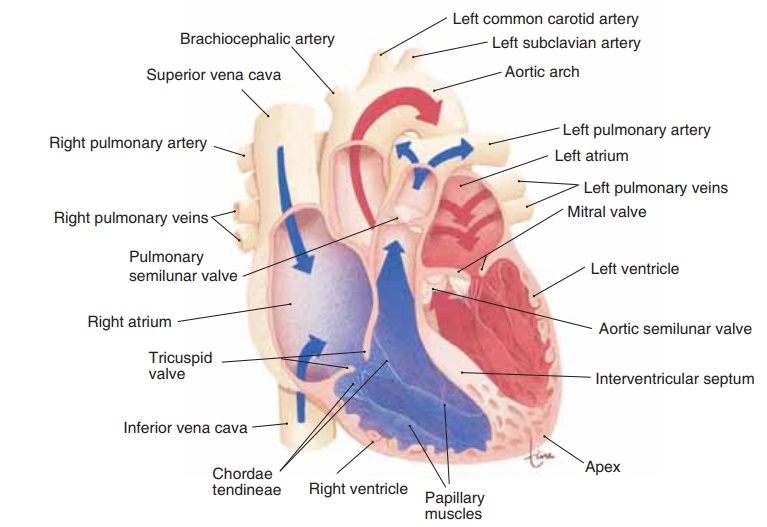 The walls of the four chambers of the heart are made of cardiac muscle called the myocardium.

The walls of the four chambers of the heart are made of cardiac muscle called the myocardium. The cham-bers are lined withendocardium, simple squamous epithelium that also covers the valves of the heart and continues into the vessels as their lining (endothe-lium). The important physical characteristic of the endocardium is not its thinness, but rather its smooth-ness. This very smooth tissue prevents abnormal blood clotting, because clotting would be initiated by contact of blood with a rough surface.

The upper chambers of the heart are the right and left atria (singular: atrium), which have relatively thin walls and are separated by a common wall of myocar-dium called the interatrial septum. The lower cham-bers are the right and left ventricles, which have thicker walls and are separated by the interventricu-lar septum (Fig. 12–2). As you will see, the atria receive blood, either from the body or the lungs, and the ventricles pump blood to either the lungs or the body. 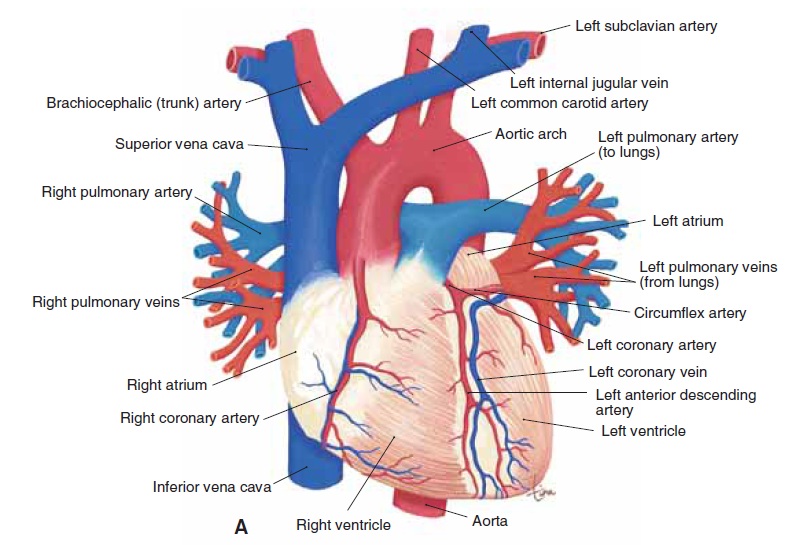 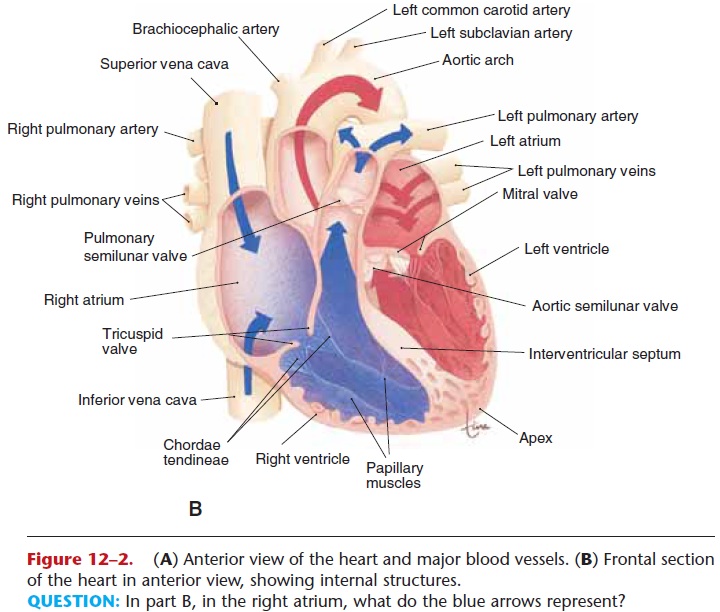 QUESTION: In part B, in the right atrium, what do the blue arrows represent?

The tricuspid valve is made of three flaps (or cusps) of endocardium reinforced with connective tissue. The general purpose of all valves in the circulatory system is to prevent backflow of blood. The specific purpose of the tricuspid valve is to prevent backflow of blood from the right ventricle to the right atrium when the right ventricle contracts. As the ventricle contracts, blood is forced behind the three valve flaps, forcing them upward and together to close the valve.

Another function of the atria is the production of a hormone involved in blood pressure maintenance. When the walls of the atria are stretched by increased blood volume or blood pressure, the cells produce atrial natriuretic peptide (ANP), also called atrial natriuretic hormone (ANH). (The ventricles of the heart produce a similar hormone called B-type natri-uretic peptide, or BNP, but we will use ANP as the representative cardiac hormone.) ANP decreases the reabsorption of sodium ions by the kidneys, so that more sodium ions are excreted in urine, which in turn increases the elimination of water. The loss of water lowers blood volume and blood pressure. You may have noticed that ANP is an antagonist to the hor-mone aldosterone, which raises blood pressure.

All of the valves are shown in Fig. 12–3, which also depicts the fibrous skeleton of the heart. This is fibrous connective tissue that anchors the outer edges of the valve flaps and keeps the valve openings from stretching. It also separates the myocardium of the atria and ventricles and prevents the contraction of the atria from reaching the ventricles except by way of the normal conduction pathway. 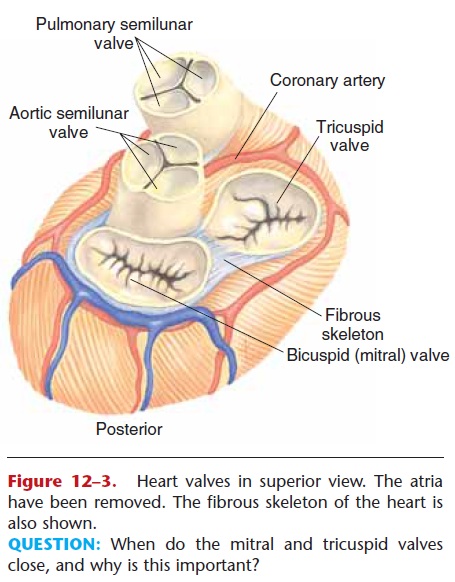 Figure 12–3. Heart valves in superior view. The atria have been removed. The fibrous skeleton of the heart is also shown.

QUESTION: When do the mitral and tricuspid valves close, and why is this important?

As you can see from this description of the cham-bers and their vessels, the heart is really a double, or two-sided, pump. The right side of the heart receives deoxygenated blood from the body and pumps it to the lungs to pick up oxygen and release carbon diox-ide. The left side of the heart receives oxygenated blood from the lungs and pumps it to the body. Both pumps work simultaneously; that is, both atria con-tract together, followed by the contraction of both ventricles. Aspects of the anatomy of the heart are summarized in Table 12–1. 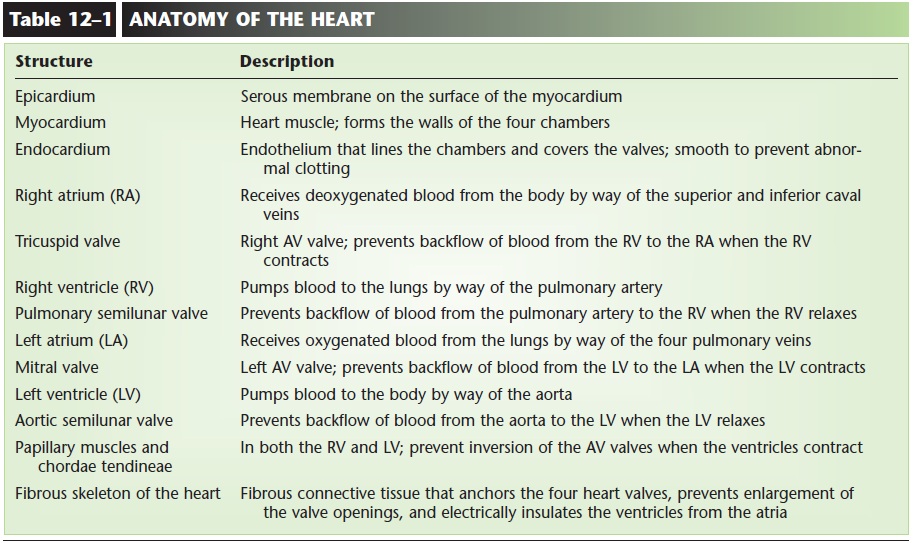