When plants developed basic tissues and organs and thus became mature enough to survive on land, they started to increase in their diversity.

When plants developed basic tissues and organs and thus became mature enough to survive on land, they started to increase in their diversity. All plants studied in this and following belong to plants2, or kingdom Vegetabilia which is split into three phyla (Fig. 6.1): Bryophyta (mosses and relatives), Pterido-phyta (ferns and allies), and Spermatophyta (seed plants). The most striking differences between these phyla lay in the organization of their life cycles. 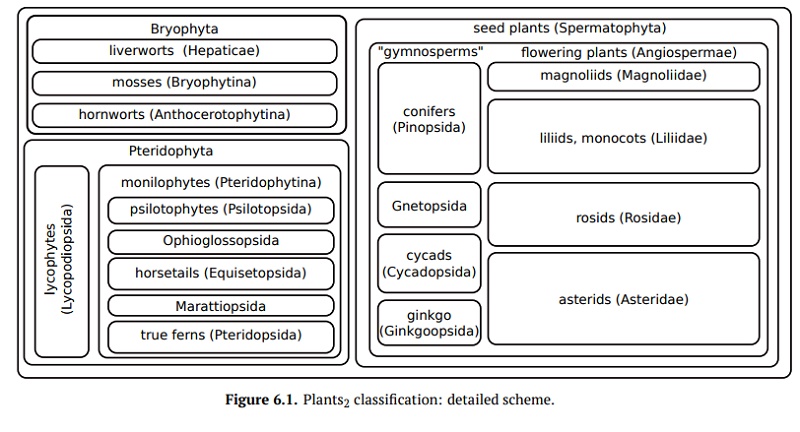 Land plants have a sporic life-cycle (Fig. 4.11) that begins with a diplont (sporo-phyte); the mother cell of spores goes through the meiosis and produces haploid spores. These spores develop into haplont which produces female and male ga-metangia (gamete “homes”). Female is called archegonium, the male—anteridium; the archegonium produces oocyte which is fertilized by the anteridium’s sper-matozoon in the process of oogamy. When this fertilization happens, it forms a diploid zygote which then matures into a young sporophyte growing on a ga-metophyte. This kind of same species parasitism is almost unique in the livingworld. Only viviparous animals (like mammals with their pregnancy) could be compared with land plants. 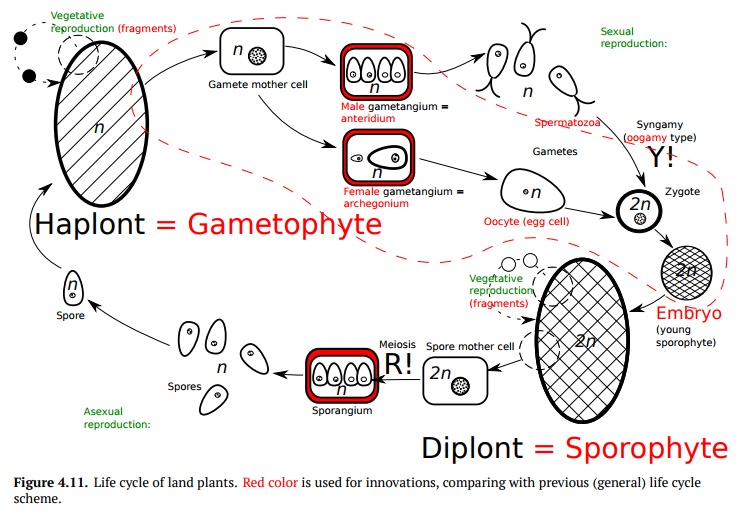