Nurses and health professionals therefore have to be aware of the complexity of the care of elder people.

The World Health Organisation(WHO) estimates that about 75% of deaths in people over the age of 65 in industrialized countries are from heart diseases, cancer and cerebrovascular disease. Millions of senior citizen across the globe are not getting proper healthcare they need because government and the society are not aware enough of the problem by 2026, there will be about 1200 million people aged 65 years according to un estimates. 7% of the 1.1 million Indian population is today over the age of 60.

The lifespan for both male (>65 years) and female ( 75 years) has raised significantly and it is estimated that by the turn of this century, numerically the highest number of old people will be in India.

Nurses and health professionals therefore have to be aware of the complexity of the care of elder people. 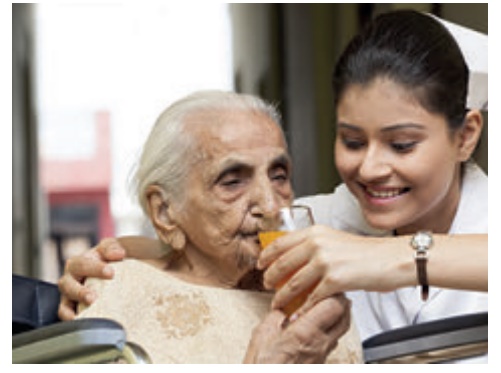 Old age is a universal problem and is a community need. This is not a disease to be cured. It is a stage where people need to be protected from accidents, infections and disabilities. According to Sir Jamessterling.

Geriatrics : A branch of medicine that deals with the problems and disease of old age and aging peoples.

Gerontology: Comprehensive study of aging and the problems of the aged

Old age : Period of life when impairment of physical and mental functions becomes increasingly manifested in comparison to the previous years of life.