A statement of relationship between two quantities is called an equation. In an equation, if the largest power of the independent variable is one, then it is called as Linear Equation. Such equations when graphed give straight lines. For example Y = 100-10X.

When ‘X’ value increases by one unit, then the corresponding change in the ‘Y’ value is called as the slope of the line. Slope of the line is obtained by the formula,

Slope or Gradient of the line represents the ratio of the changes in vertical and horizontal lines.

The formula for constructing a straight line is

Note: For drawing a straight line, at least two points are required. Many straight lines can pass through a single point. 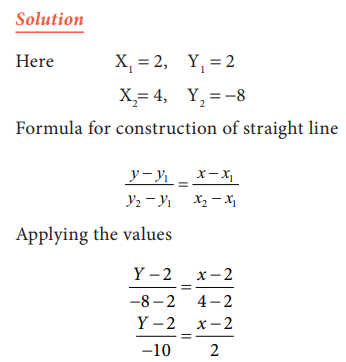 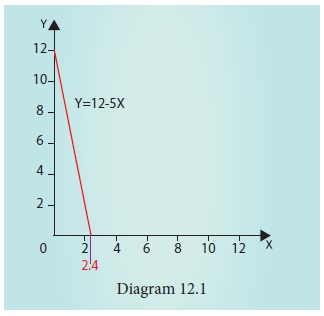 By applying the above method, the demand and supply functions are obtained.

Demand Function: Qd = f (Px ) where Qd stands for Quantity demand of a commodity and Px is the price of that commodity.

Supply Function: Qs = f (Px) where ‘Qs’ stands for Quantity supplied of a commodity and Px is the price of that commodity.

Since slope is negative here, this function could be a demand function. 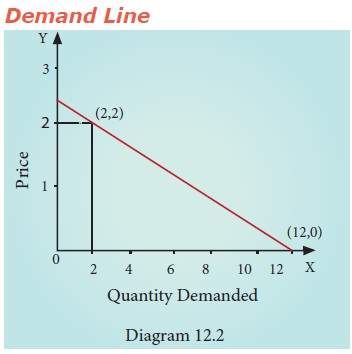 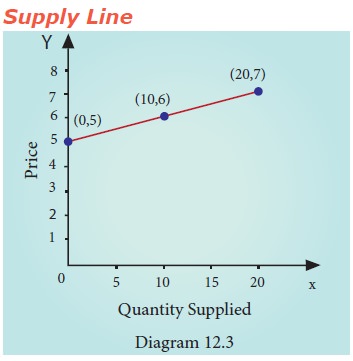 When p = 5, supply is zero. When p = 6, supply is 10 and so on. When p is less than 5, say 4, supply is -10, which is possible in mathematics. But it is meaningless in Economics. Normally supply curve originates from zero, noting that when price is zero, supply is also zero. 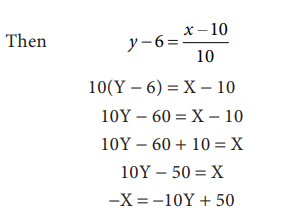 Multiplying both sides by minus (-), we get

Considering X as quantity supplied and Y as price (p)

The coefficient of ‘p’ is + in supply function.

(These are hypothetical examples)

Find the equilibrium price and quantity by using the following demand and supply functions Qd = 100-5P and Qs = 5P respectively. 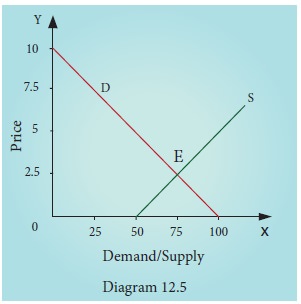 Equilibrium is attained when,

Quantity demanded is equal to supply at 50 units when price is  Rs.10

The market demand curve is given by D = 50 - 5P. Find the maximum price beyond which nobody will buy the commodity. 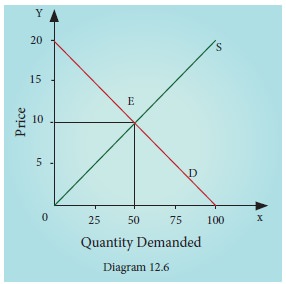 Hence P = 10, which is the maximum price beyond which nobody will demand the commodity.

The demand for milk is given by

Find the linear demand function and its slope. 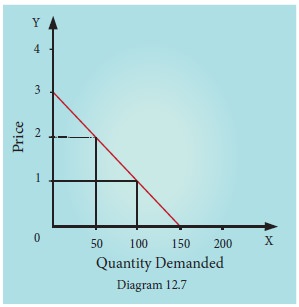 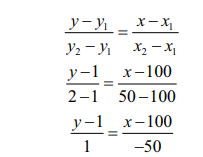 Hence the demand function is

Think and Do for Water Management in your area

Try to find the demand function for water in your street and the daily total demand for water in litre for all purposes.